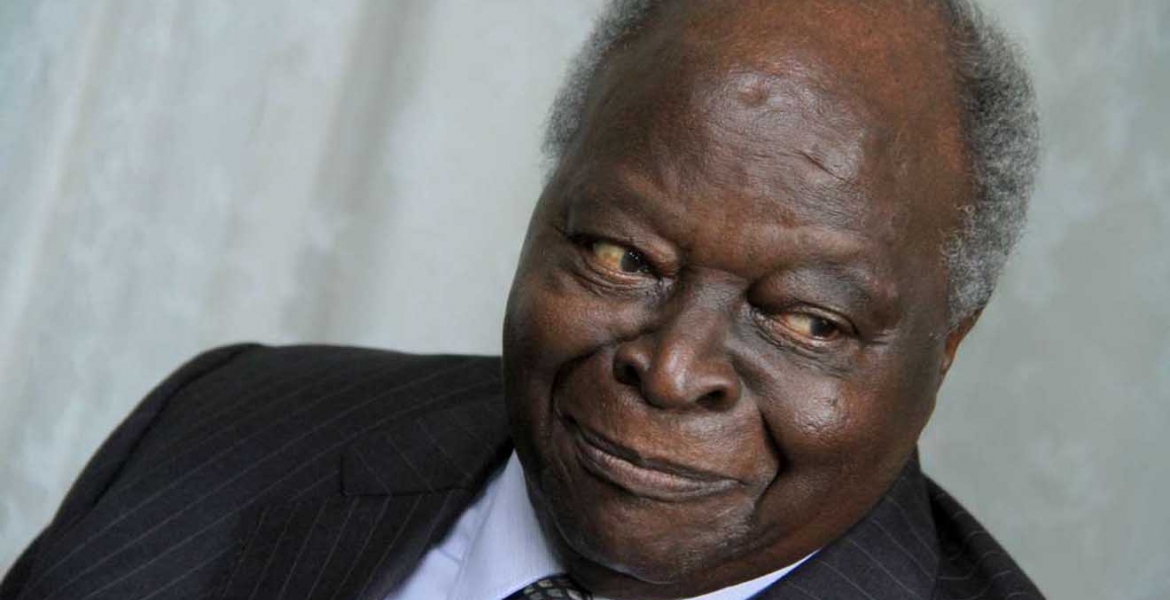 Mwai Kibaki’s private secretary Ngari Gituku has dismissed reports that the former President is admitted to the hospital.

The Star on Monday reported that Kibaki was under the care of a team of doctors at the Nairobi Hospital’s VIP wing for the past 10 days over abdominal pain.

The local daily added that the medics were managing the pain ostensibly caused by an infection.

“Samples were taken for testing in the lab. The results are out and nothing to worry about. His team of doctors is managing the pain,” The Star quoted a source.

But in a statement on Tuesday, Gituku confirmed that Kibaki, 88, recently visited the hospital for a routine checkup that did not require admission. He dismissed the reports of Kibaki’s admission as “gross exaggeration, hollow and baseless.”

“I am reading some quarters saying that he has been in the hospital for 10 days. That is far-fetched. It is completely hollow and far from the truth. I think it is time as Kenyans we also stopped being too intrusive on some of these things that are private, especially one’s health,” Gituku said.

“It is normal and a routine thing for all of us to go to the hospital, and so is the case with His Excellency. We should not make it like it is abnormal. But on talk that he is admitted and has been there for 10 days that is a gross exaggeration. He visited the hospital and went home,” he added.

@ngari - please understand that those who are commenting about Baba Jimmy are just enjoying the freedom of speech space that Kibaki created for them during his presidency! Baba Jimmy brought civilization to Kenya’s nasty politics.

Those making dirty comments about his health would all be dead had they been commenting about Moi during Moi’s era of dictatorship.

I think Kibaki is just laughing at the nonsense some “mafi ya Kuku na kubafu” can utter about him here! He is also enjoying those who are wishing him well! Kibaki does not give a damn which way anyone may comment!

Stay healthy, play some golf, and so long to Mr. Kibaki!!

There is No problem with the ex-President getting paid pension! He served the country over 3/4 of his life, with 10 years as the president of the Republic of Kenya! All those who retire from a job get paid pension! @loise, I see no reason why Kibaki should not be paid his pension for the years he served while in retirement! It is a good thing to do!

Do not chastise those commenting (good or bad) about Kibaki because wao wamekula pombe sana!

Kibaki made it possible for Kenyans to have the freedom to say whatever they wish. So, @Ngari, please consult with Mr. Kibaki before he calls you “ wewe kubafu” for trying to limit the freedoms Kibaki created!

Write falsehood and deception is an abuse to freedom.