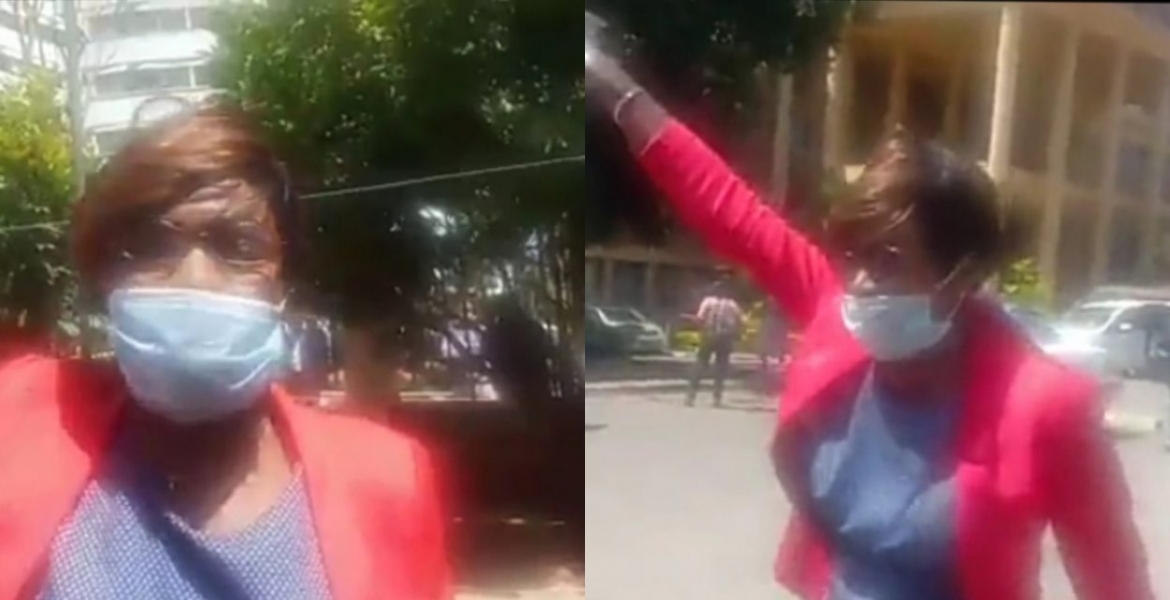 A Kenyan woman claiming that Chief Justice David Maraga is the father of her six-year-old child on Tuesday morning caused drama at the Milimani Law Courts in Nairobi.

The woman, identified as Mary Kwamboka Onyancha from Kisii County, told journalists that they had been raising the child together until January this year when Maraga cut off his support.

As a result, Kwamboka says she reported the matter at Makadara children’s department but Maraga refused to honor summons. She added that Maraga has frustrated her attempts to file a child maintenance suit in the court.

She claims that she met CJ Maraga in 2013 at a church function and got into a romantic relationship with him thereafter.

The woman, who was armed with court documents, further alleged that CJ Maraga told her that he felt lonely since his wife had hit menopause. She says she later got pregnant and gave birth to Maraga’s daughter in 2014.

Maraga please clear the air. Kenyans cannot afford to have a cloud hanging over a judicial system that you are the head. This woman should not be engaging in such public cries for help over issues the courts are there for.

This is political witch-hunt stemming from Uhuru vs Maraga’s fights! Subject them to a DNA testing.

Whatever the case might be....
Maranga pina DNA and SHAME THE DEVIL.

Maraga has no case to answer to. He was clear he was feeling lonely as his wife had hit menopause according to you. In other words, he was only looking for a side dish, a little something something to whet his appetite and you served yourself to him, garnish and all...beba mzigo mama. Huna aibu hanging your dirty laundry for all to see. Did you announce to us when you were in the throes of passion. Wewe usituletee!

Good one. She knew she was stealing someone's man menopause or not. Why didn't she ask for an agreement then? Asitusumbue.