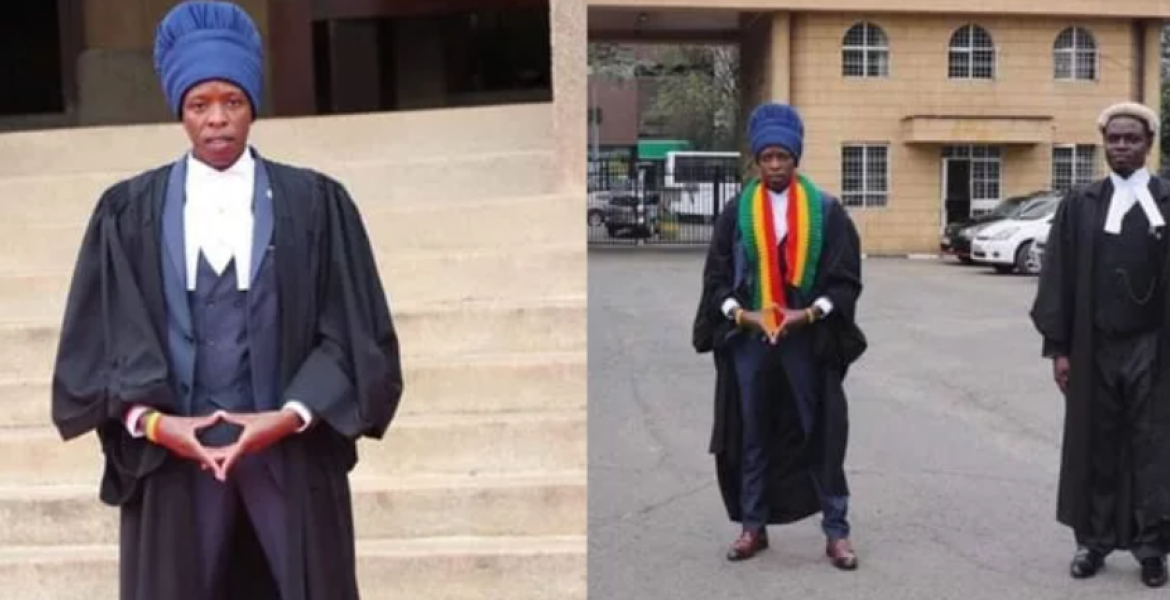 Kenyan law graduate, Mathenge Mukundi has made history as the first Rastafarian to become an advocate of the High Court of Kenya.

Mathenge, who graduated with a law degree from Kenyatta University in 2017, was among the 198 advocates admitted to the bar on Friday.

“I joined Kenyatta University, from there I joined advocate training programme at Kenya School of Law after doing the training for one year I joined the pupillage at Kenya Law and they admitted me there despite being from a minority group,” he told Citizen TV on Saturday.

During the admission ceremony presided over by Chief Justice David Maraga at the Supreme Court, Mathenge donned a turban instead of the traditional white wig worn by other advocates.

He explained that his decision to wear a Bobo Shanti turban was informed by his desire to remain pure and true to Rastafarianism.

“Our Faith is supreme, the Law Society of Kenya is the keeper of our rights and freedom, so I expect that when I am in court no one will see me as a Rasta, but as an advocate of the High Court of Kenya though I might be the first Rastafarian advocate in Kenya,” he said.

He insisted he will remain faithful to the Rastafarian Bobo Shanti doctrine, adding that he will be wearing his turban while appearing in courts.

Bobo Shanti is one of the strictest Rastafari mansions and are known to maintain to a strict vegan diet.

“I cannot unwrap my turban in public or not wear it when I’m in public, so I’ll be appearing in courts wearing my turban,” said Mathenge, an alumnus of Othaya Boys.

“As a diehard human rights and fundamental freedoms enthusiast, I will work towards fighting for the rights of minorities and marginalized groups,” he told Daily Nation.

Watch out!-Do you notice the secret signal he's making?.Beware,Not all hand gestures are same.For,you will recognize them by the gestures of their body.(Ref.Netflix)

Get you Informed or outformed whichever suits u best my brother thats is Davids star also the Holy Trinity depiction research and learn.....for in Abbyssinia they worship JAH long before the Romans