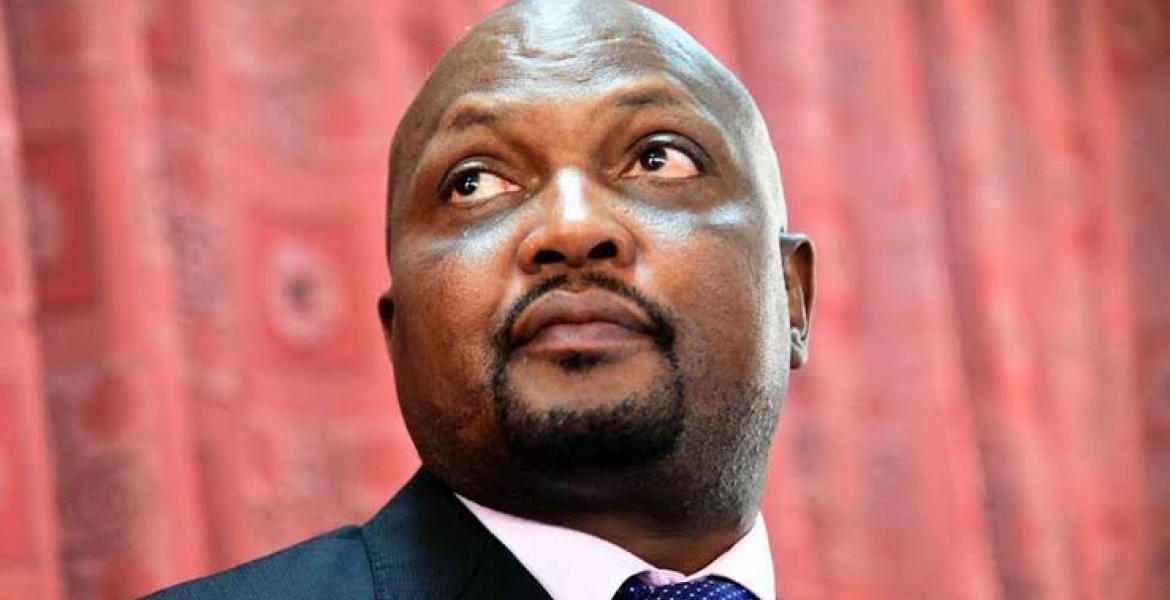 Gatundu South MP Moses Kuria could lose his seat if a petition filed against him on Wednesday sails through.

The petitioner, Elijah Gicharu Kimani of Kiambu County, wants the court to declare MP Kuria unfit to hold public office on various grounds among them abuse of office.

In his petition, Gicharu notes after carrying out a self-driven audit of the Gatundu South Constituency Development Fund, he discovered cases of nepotism, abuse of office and conflict of interest in the award of tenders worth Sh170 million.

He claims that Kuria awarded contracts amounting to Sh32,531,540 in six learning institutions to Finishline Construction Ltd, a company owned by his brother Aloise Kinyanjui Kuria.

The petitioner further says another brother of MP Kuria Charles Regeru Nguru, who is the director of Mwaura Timber Yard Ltd, was awarded tenders worth Sh15,761,445 in three schools.

“…we discovered and strongly believe that the respondent directly influenced the awarding of the contracts to companies owned by his relatives,” Gicharu states in a petition filed at the Milimani Law Courts in Nairobi.

“Some of the companies herein mentioned were created for the purpose of business with the interested party with the influence and support of the respondent.”

“We presented a petition to the Ethics and Anti-Corruption Commission asking for investigations into the acts of the Respondent and the interested party. I verily believe the respondent, by his conduct as set out above is not fit to hold a public office,” he adds.

Kuria has been unfit since day one! It is about time for the Gatundu South constituents to get rid of this useless lazy boom! They deserve a better MP!

You have waited far too long to remove this thief! It is time for him to go!

Good riddance! Talks good crap while he is enriching his family with poor people’s money! When do we vote him out!?

BROTHER, WHEN YOU GO AGAINST UHURU
...YOU GET SCREWED.
POLITICS ARE EFING GAMES.

The man is useless should be impeached from the MP seat. It is not about going against Uhuru; it is about his stealing of the CDF money belongs to the people of Gatundu South. Anyway, he was not known until Uhuru made the idiot!

Mr. Elijah Gicharu Kimani, yours is a commendable job but you must have this audit exercised across the entire parliamentarian body because Kuria's nepotism is the rule not the exception when it comes to our so called Honorables. Our greatest problem is the CDF money itself. Who came up with this crazy Idea of MPs going around with bags full the tax payers money claiming to be doing local projects? MPs are a law making body and not a construction company. People elect them to make laws and conduct the day to day running of the government on behalf of the people. CDF money is the first seed of corruption that every MP is faced with upon being elected. CDF money should be channelled through other accountable development platforms that are need based and civilian monitored to prevent wastage and corruption. Don't just nail Kuria down - get all of them!

Gicharu has done his public part in Gatundu South by asking for Kuria to be impeached! We need the other constituencies to follow suit and file cases to eject the useless waheshimiwa. I think Kenya can do much better without the dead wood politicians whose goal is to enrich themselves.

I am a very good source, this is Kenyatta, Ngengi, Muhoho, Gatuikira Mafia org. All Tenders go via cetral Tender Board.