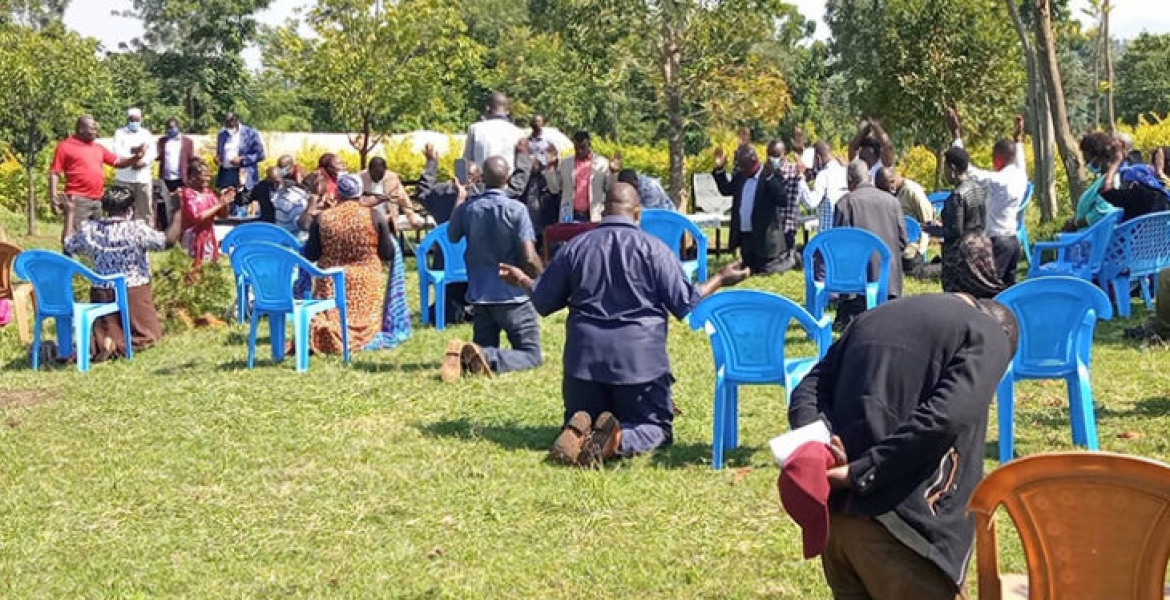 Waluke was this month handed a 67-year prison sentence or a fine of nearly Sh1 billion after he was found guilty of defrauding the National Cereals and Produce Board of over Sh300 million.

Led by former Kakamega Senator Bonny Khhalwale, a section of Western Kenya leaders supporting DP Ruto converged at Waluke’s home in Sirisia to pray for him as he plans to appeal the conviction and sentencing.

Waluke, who is incarcerated at Industrial Area Remand Prison, is appealing the sentencing on grounds of impartiality, inconsistencies, contradictions, and lack of independence in arriving at the guilty verdict.

He also claims that the conviction was based on a defective charge sheet and that critical witnesses were never called to testify in the case that was heard within two years.

Waluke was convicted and sentenced alongside his co-accused Grace Wakhungu.

Ruto’s agents are always present wherever corruption issues are found. Waluke’s problems started when Ruto was the CS for agriculture! So, Ruto is afraid the MP will spill the beans against Ruto’s involvement in the scam!

Birds of corrupt Feather flocking together.

Nice try. Project Ruto 2022 will not be derailed by simple media tricks.Ruto support is open to everybody, whether Bishops, parishoners, thieves, Saints, hawkers, millionaires, peasants, MPs, Senators, EVERYBODY. If Ruto did not attend the prayers, stop dragging his name into it. Ruto is not responsible for the sins of his supporters.

These Tanga Tanga are always in the wrong when it comes to corruption! Waluke cheated and stole public funds. There is nothing funny about stealing people’s taxes. He should have prayed before he went stealing huge sums of money! Ruto needs to change the way he does things.