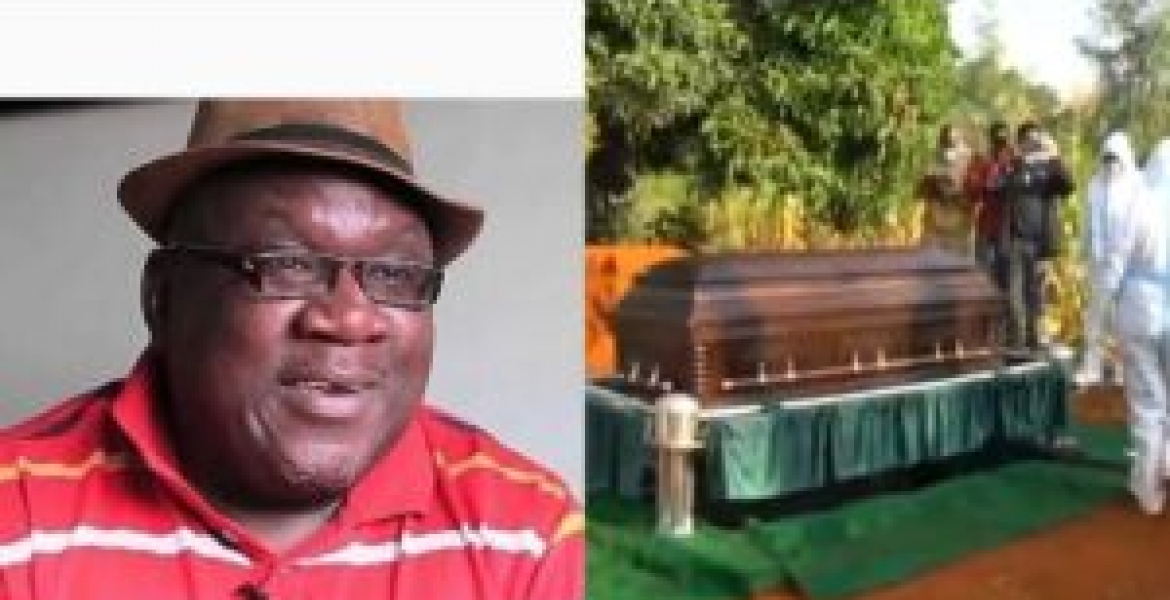 Beatrice Andega, the widow of the late Kenyan comedian and actor Charles Bukeko, alias Papa Shirandula, has blamed Karen Hospital for his death.

Speaking during his burial in Funyula, Busia County on Monday, Andega claimed that her husband would be alive if the hospital agreed to admit him.

She said Bukeko returned to their Nairobi home on Sunday, July 12th, after a three-week project.

“He had been away for three weeks and during that period he did not come home. We understood because it was his work,” she narrated, adding that he began to feel unwell on the same day.

“I told him to undergo three tests. One for pneumonia, second for malaria and third for Covid-19. The reason why I wanted him to be tested for coronavirus disease is because he had mingled with many people.”

Three days later, he received a positive Covid-19 result but did not go to the hospital until last Saturday, when his condition deteriorated.

“On Saturday, I watched him and knew he needed to see the doctor immediately. He was unstable and I’m the one who put him on the car before we rushed to Karen Hospital,” she said.

She said her husband died in the car at the hospital’s parking lot after the facility ignored her plea to admit him despite being unconscious.

“Moments before death, they snubbed him despite my constant plea that he needed emergency services. My husband died on the car and was not even admitted,” a tearful Andega added.

Andega believes Bukeko, 58, may have succumbed to another disease and not necessarily Covid-19.

“Our medics must remember that we still have other diseases apart from Covid-19. Coronavirus is manageable, but the others should be treated immediately,” she concluded.

Until his death, he was the lead actor in Citizen TV comedy series 'Papa Shirandula'. He leaves behind Andega, and three children—Tony, Charlie, and Wendy.