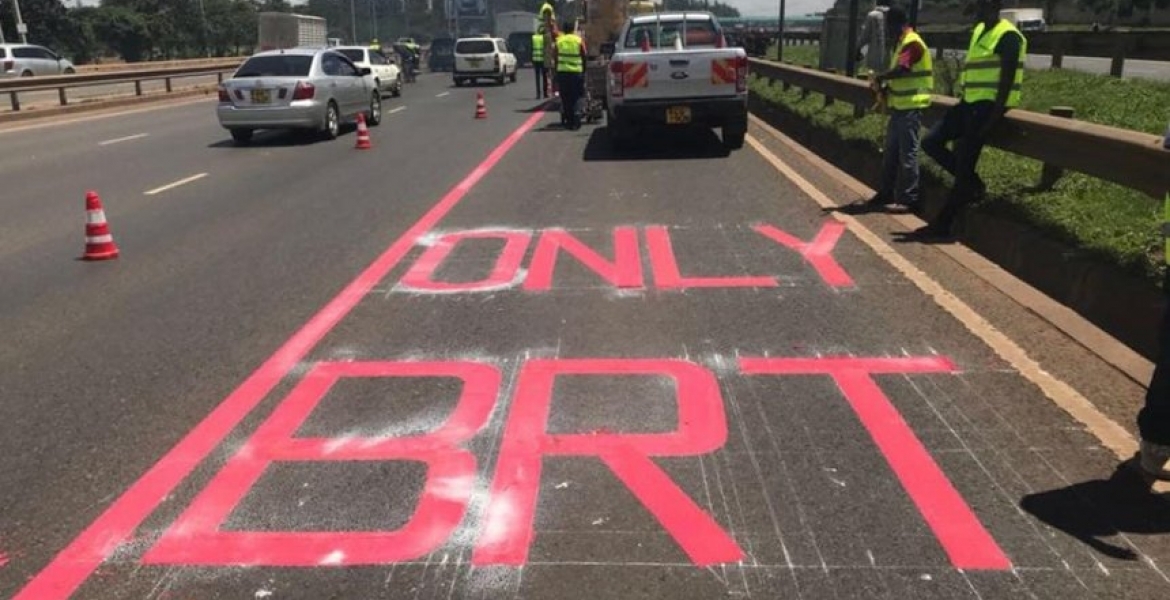 A Chinese company has won a Sh5.6 billion government contract to set up a bus rapid transit (BRT) system along Thika Superhighway.

The Ministry of Transport and Public Works settled on Stecol Corporation to undertake the project that is expected to be completed in eight months.

Stecol will from next month start modifying the two innermost lanes of the highway to exclusively accommodate BRT buses.

“We signed the contract last week and the contractor is mobilizing to commence next month for the first phase covering the corridor from Clayworks to Haile Selassie and then to Kenyatta National Hospital. That should be done after eight months,” said Housing and Urban Development PS Charles Hinga.

A parking lot will be constructed at Kasarani for private car owners to leave their vehicles there and use the high-capacity buses for the remainder of the journey.

The buses will be run by private operators but regulated by the Nairobi Metropolitan Area Transport Authority (Namata).

The government intends to put up at least six BRT corridors in Nairobi as part of its plan to decongest and improve the public transport system in the city.

When complete, the Transport Ministry said the corridors will accommodate up to 950 high-capacity buses, thus reducing travel time and cost by up to 70 percent.

Be prepared for more wuhanvirus to spread to the worst levels along with the Chinese! Kenya must cut links with the evil regime of China!

Good business my foot - you created the worst sickness world over and now you are talking about some damn good business? Expect covid19 to get worse with more sick Chinese being sent to Kenya! The devil must be a very lying beast!

Hatuna WAKENYA wanaweza kufanya hii kazi?
Is it a loan, a grant or what?
How much will end in people's pockets?
I like the idea, but the price is way too high.
Hii madeni tulipa lini?

I ll rather Chinese than local companies...

Ignorant. Why have those universities if they churn out people that can’t build shit?

Damn lover of yellow skins! Your mind is sickly enslaved and you still got nothing tangible to offer! You will receive coronavirus is bountiful supply from Chinese!

Do the two of you have in mind of a local company that has been able to deliver? Nyoro, Kirinyaga? Yeah... once again... express yourself respectfully 😊

Bravo bravo bravo only chinese can deliver.Cchinese have continued to deliver big projects all over the world when u compare with western colonialism imperialist like uk/usa/france.I cannot wait for chinese to take over as supapawas.Wr tired of USA which have done nothing to many countries expect contributing to high poverty levels,diseases,imperialism,control freaks,dirty wars in various countries n stealing of resources.So Hata kama ni loans tutalipa kwani kuna vitu za bure???

The Chinese are and will steal resources for Africa. They(Chinese) do projects in countries to start to take over, use and control.

Next they'll come after the port of Mombasa. Before you know it, you'll be owned by them. Ask the Ethiopians!!

Hakuna vitu za bure hii duniani,wr ready to pay the debts Aslong as we can see this projects on the ground n completed.Japanese,usa,uk owes chinese trillions which they have continued to borrow to build its country but ikifika ni sisi Nyeusi waafrica we want manna to fall from the sky for free yaani we want this roads/infrastructure/ports expansion to fall from the sky for free.Many guys commenting here resides in this western world n they continue to pay heavy taxes to develop that country which ain’t yours but mkiona kenya yenyu ikiborrow to grow it’s country u start vomiting venom.Who cursed us the brainwashed black pple???As i said we ready to pay for the loans whether we gonna exchange with our resources it’s fine.Hakuna cha bure.