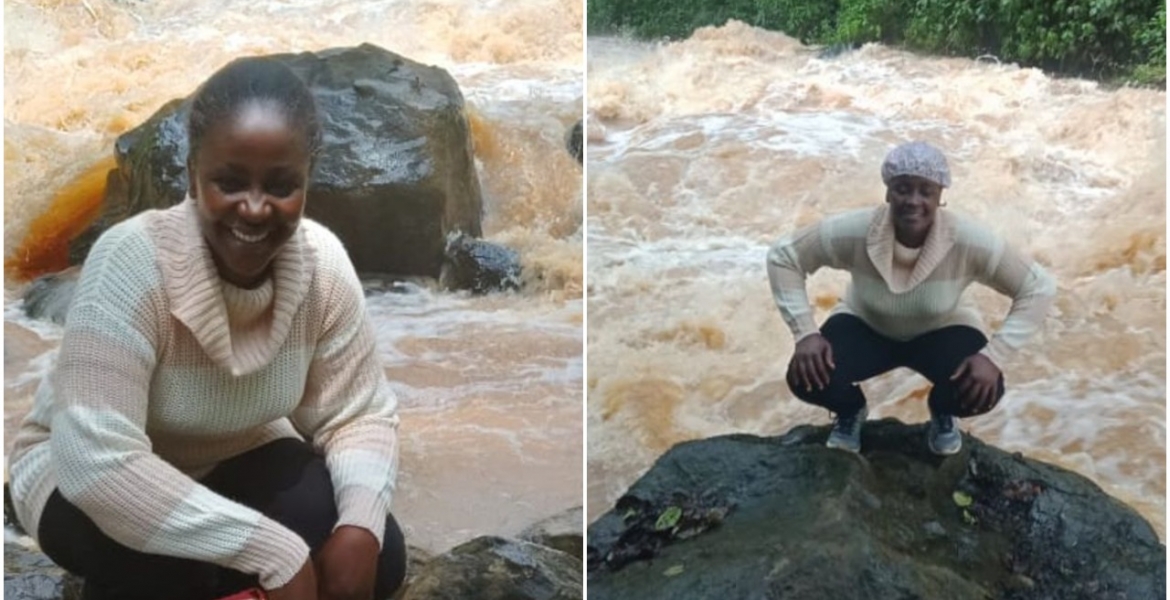 Authorities are searching for the body of a Kenyan woman who drowned while taking photos at Thompson’s Falls in Nyahururu on Sunday.

The deceased, Jemimah Oresha, is said to have slipped from a rock and fell into the ravaging waters of the Ewaso Nyiro River.

She had visited the world-famous waterfalls in the company of her brother, Zablon Mangafu when the tragic incident happened.

Mangafu said his sister spotted a huge rock on the river bank as they explored the site and suggested to pose for some pictures.

“I had finished taking her picture and as she was returning to where I was, she slipped and fell into the river and was swept away by the raging waters as I watched.”

“I could not do anything as the water was moving at a very high speed,” Mangafu said.

Oresha had traveled from Kitale to Nyahururu on Saturday to visit her relatives and was scheduled to return home on Monday.

On Sunday, she asked her brother to accompany her to the falls before traveling back home the next day.

Her body is yet to be recovered from the river but a search mission by police, Red Cross, and Laikipia County fire brigade is ongoing.

Nyahururu sub-county police commander Geoffrey Mayek said the search mission was called off on Sunday evening due to high levels of water in the river.
mer

So sad! May she RIP. Sincere condolences to family & friends.

"fell into the ravaging waters of the Ewaso Nyiro River."