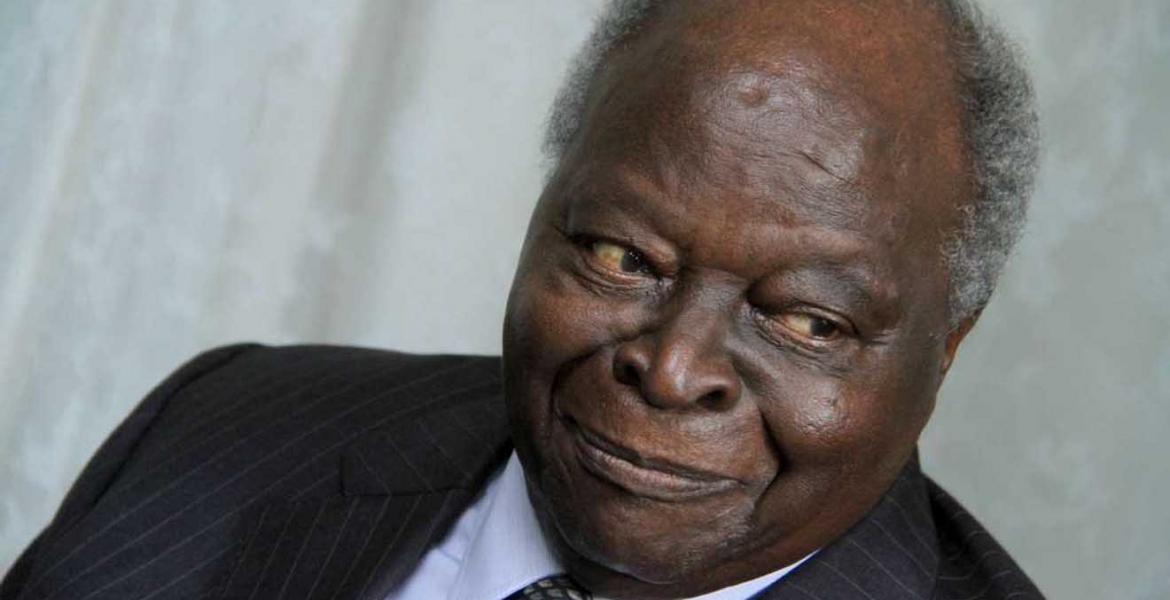 Retired President Mwai Kibaki has reportedly been readmitted to the Nairobi Hospital barely two weeks after he was discharged from the same facility.

The Star reports that Kibaki, 88, was driven back to the hospital on Monday evening and was admitted to the VIP wing, where he is being attended by a team of doctors.

A source from the private medical facility told the publication that he was readmitted over the same condition he was treated for during the previous admission.

“Mzee is around being taken care of by his doctors. He has undergone several tests once again to try to establish what could be the cause of the much pain he is in,” the source who spoke on condition of anonymity told The Star.

Kibaki was admitted to the same hospital on June 19th after he complained of pain in the lower abdomen, which was allegedly caused by an infection.

“Only a top nurse, specific doctor(s) and his personal doctor are allowed to attend to him. Even his details are not registered at the hospital,” the source added.

Kibaki has maintained a low-profile since he handed over power in 2013 and is rarely seen in public.

For the first time in several months, Kibaki appeared in public in February this year when he was driven to parliament to view the body of his predecessor, former President Daniel Arap Moi. Moi died at the Nairobi Hospital on February 4th aged 95.

We are in a danger zone as a country having old population being, we need them live longer so can get wisdom from them, leave alone these parte after parte groups misleadibg kenyans, we are doomed

Age does not always result to wisdom.There are a lot of old people full of regrets.

I wish the former President Mwai kibaki a quick recovery and to tell him God is still on the throne.

Kiganjo should clarify which wisdom he is talking about.Kibaki's deliberate mistakes are affecting and will affect Kenya in future if not immediately rectified-Kibaki allowed money laundering by Somali pirates/Al Shabaab when they purchased property in Kenya at exorbitant prices thereby giving them false/ghost/fake values.Kibaki headed Anglolishing,maize,TriTon petrol,scandals.As executive president/CIC,he did absolutely nothing to defend Kenyans as 1300 of them were slaughtered like rats in 07/08 PEV.To conclude his misery on Kenyans,he signed the so-called constitution to create the most expensive government in the world.The question is-Why did 6m.adults vote YES for such a constitution?Why do 15m.adults allow kina Uhuru & Co.to take loans to finance it,i,e,pay salaries?How will the borrowed salary money be recovered?

Mwakilishi, kindly ignore any reports or publication by the Star newspaper. It is not true. H.E. Emilio is not in hospital and is not sick. Period.
Mr John Wanjohi, you can get good articles frm Nairobinews, Daily Nation or Capital.
The star is a quacky reporter and can write any trash to sell. Always confirm authenticity before publishing anything frm them. Aagh! very poor reporting