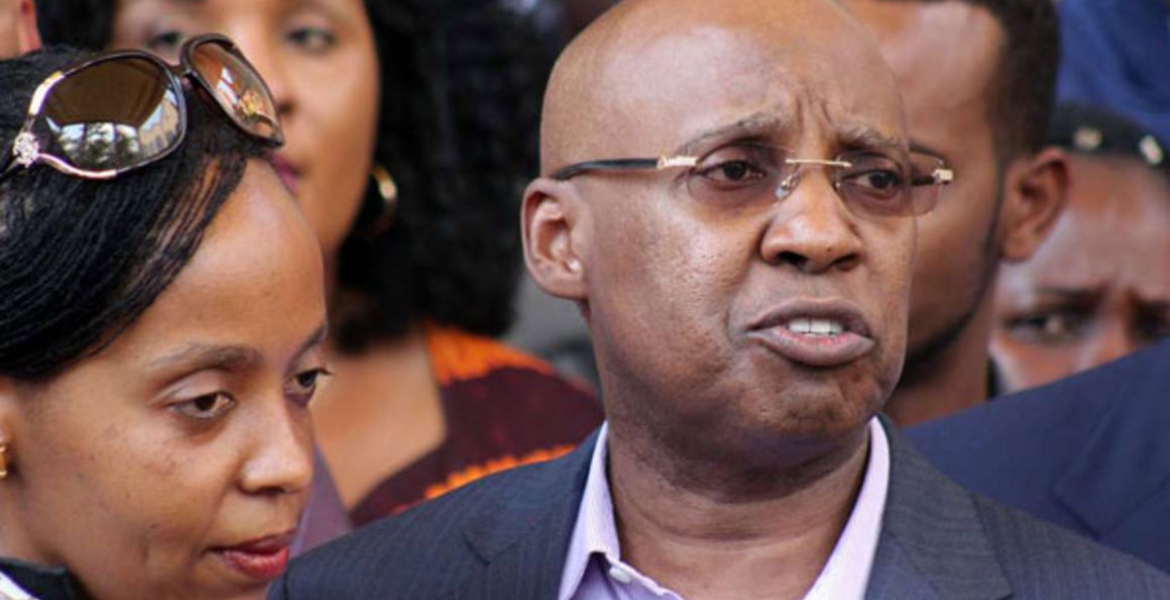 Kenyan tycoon Jimi Wanjigi has been sued over alleged attempts to grab a prime parcel of land in Nairobi valued at over Sh400 million.

In a case filed at the Environment and Lands court, the complainant, Cissy Kalunde Musembi, claims Wanjigi and his wife Irene are hell-bent to obtain and sell her property through their company, Aureum Ltd.

The 0.818-acre piece of land is located at the intersection of General Mathenge and Peponi roads in Westlands, Nairobi.

“I am an innocent third-party buyer of the property. I face threats and egregious prejudice by Mr. Wanjigi and his wife who hold parallel titles over the property,” Ms. Musembi says in court documents.

She further avers that the title deed held by the respondents does not tally with what was issued by the chief land registrar.

Ms. Musembi also notes that a company named Horizon Hills Ltd was incorporated on November 24th, 2006, but the transfer form of the land from the original owners to Aureum Ltd was lodged 13 days later.

The petitioner further alleges that the office of the Attorney-General and the DCI were colluding with Aureum Ltd to take ownership of the land.

She has asked the court to cancel the title deed held by the respondents and also wants the two restrained from offering for sale any portion of the property until the case is heard and determined.

Ms. Musembi says she acquired the parcel from Horizon Hills Ltd on November 7th, 2018 for Sh220 million after due diligence was done by Wambua and Maseno Advocates.

But the Wanjigis say they bought a majority of Horizon Hills shares thus acquiring the property in question.

This is absolutely disgusting! Hasn’t he “acquired” enough? Greed in Kenya has no bounds.

Old thieves getting reincarnated into new thieves! Wanjigi just bribed the land commission to have a duplicate title deed of another person’s piece of land.

Is that his daughter with him?