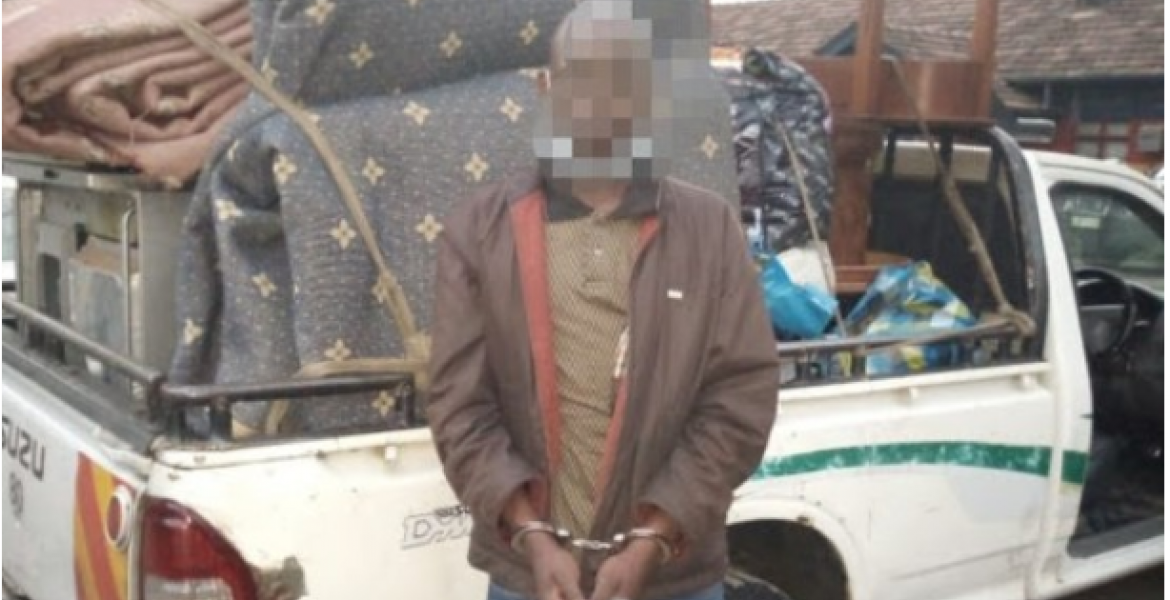 A man suspected to have broken into a house belonging to a foreign High Commissioner in Nairobi has been arrested.

The suspect, Brian Mbache Libasi, was nabbed from his hideout at Mwembeni area in Kibra by detectives from the Directorate of Criminal Investigations (DCI) on Wednesday.

Several household items were stolen when the High Commissioner’s residence in Nairobi’s Kileleshwa suburb was broken into on June 23rd.

The DCI said all the valuables reported to have been stolen during the incident were recovered from the suspect’s house. They Include two carpets, a gas cooker, an LG fridge, shoes, bedsheets, curtains, a coffee table, a TV stand, a laptop among other items.

"The sleuths have been pursuing the culprit, a former security guard who was on duty on the fateful day at the High Commissioner's residence in Kileleshwa," DCI said.

On Monday, a terror suspect accused of sending threatening letters to an unnamed High Commissioner in Nairobi was arrested.

Tracy Wairimu Ndegwa, 34, was nabbed by officers from the Anti-Terror Police Unit (ATPU) in Nairobi’s Utawala estate on Monday.

One of the two letters she sent to the Nairobi-based foreign mission on July 31st, 2020 was sprayed with an industrial chemical and the second with hay fever pesticides.

An excerpt from one of the letters shared online by the DCI suggests the woman was threatening the High Commissioner to facilitate travel documentation and residence to an unidentified individual.

“We will assault you and break your bones, we will rape you in turns and put explosives where you think you are safest…” the letter warns.

Bwana DCI, please move expeditiously like you have on this stupid and trivial criminal and arrest all URITHI Management Team for swindling innocent Kenyan’s residing in Diaspora, and me being one of them swindled most (Millions). Also, have Kenya Sacco Regulatory Authority suspended URITHI operating in the Republic of Kenya as we continue to seek refunds from URITHI Management Goons. We’re also petitioning to the Foreign Governments to recall all their children attending schools abroad and also we’re requesting these foreign Governments to revoke all URITHI Management Team members their Visas World-wide.