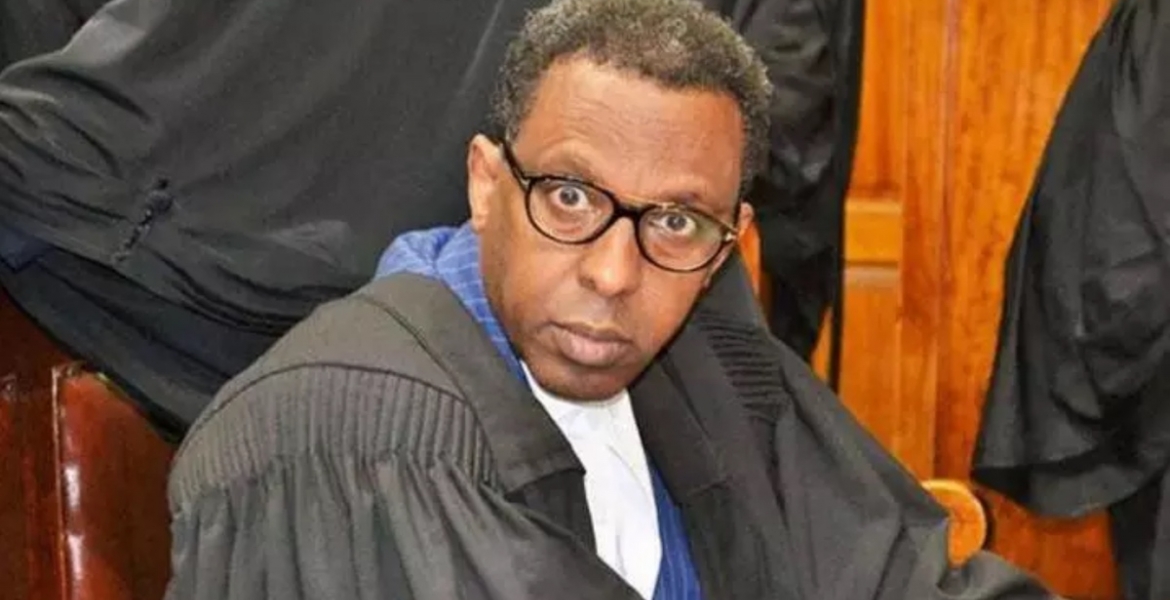 The court has directed Kenya National Highways Authority (KeNHA) to pay lawyer Ahmednassir Abdullahi for damage caused on his his luxury car.

Ahmednassir, alias Grand Mullah, sued the highways agency in November 2018 after his vehicle’s windscreen was smashed by stones along the Nairobi-Namanga road.

He argued that the contractor hired by KeNHA to rehabilitate the road failed to put up signposts indicating it was under repair, thus exposing motorists to danger.

Ahmednassir was driving back to Nairobi from Arusha, Tanzania on August 30th, 2018 when his Bentley Bentayga’s windscreen was broken.

The ruling was issued on Thursday at Kajiado magistrate’s court.

“The court today rightly held that Public authorities like the Kenya National Highways Authority have a duty of care to road users when they do a shoddy job. KENHA was compelled to pay the cost of my car’s windscreen valued at Ksh.750,311,” Ahmednassir tweeted on Thursday.

This is another of those judiciary corruption deals.. If the car's windscreen is worth Kshs.750,000 that's a million Shillings, whats the total worth of the Car? 1 billion???
This thief was paid millions for doing nothing by same courts.. Who will save Kenyans..

A rightful judgment. The government must ensure public safety. Public Safety is the responsibility of the government.

The judiciary and the lawyers, then politicians are the most corrupt characters in Kenya! No wonder Uhuru is refusing to appoint more of the corrupt judges!

It is the responsibility of Kenha to protect motorists during construction. They must warn motorist and provide barriers to stop rocks and other dangerous particles. They must beheld responsible for the loss.

Jane does it mean the drivers cannot see that there is construction and take caution or they have to be warned?One assumes the risk once you get behind the wheel that is why cars are insured.

He should file the damage to the car with his insurance.He assumed the risk getting behind the wheel.

This is a joke.He was driving recklessly.In winter when cars slide or worse when there are car accident pile ups you go after car insurance companies not the transport authority.All this in a country where when we speak of development we mean tarmacked roads .Where will the money come from when there is no money to fix potholes.

Two questions arise here.
1. What exactly was the Car's Windscreen made of? Only Diamonds can justify such an amount of money.
2. What exactly is the purpose of having Insurance for a Car, if it is not for something like this? Please note that it is not the Contractor who has been asked to pay, but the KeNHA, which means Kenyan Taxpayers. My take? The DCI and DPP should investigate all Players in this Judgement, as they did with Sirisia MP Waluke, and Grace Wakhungu, about theft of Public Funds from Government bodies. There is no other logical explanation for the purpose of this Case, or the Judgement, apart from theft of Public Funds.