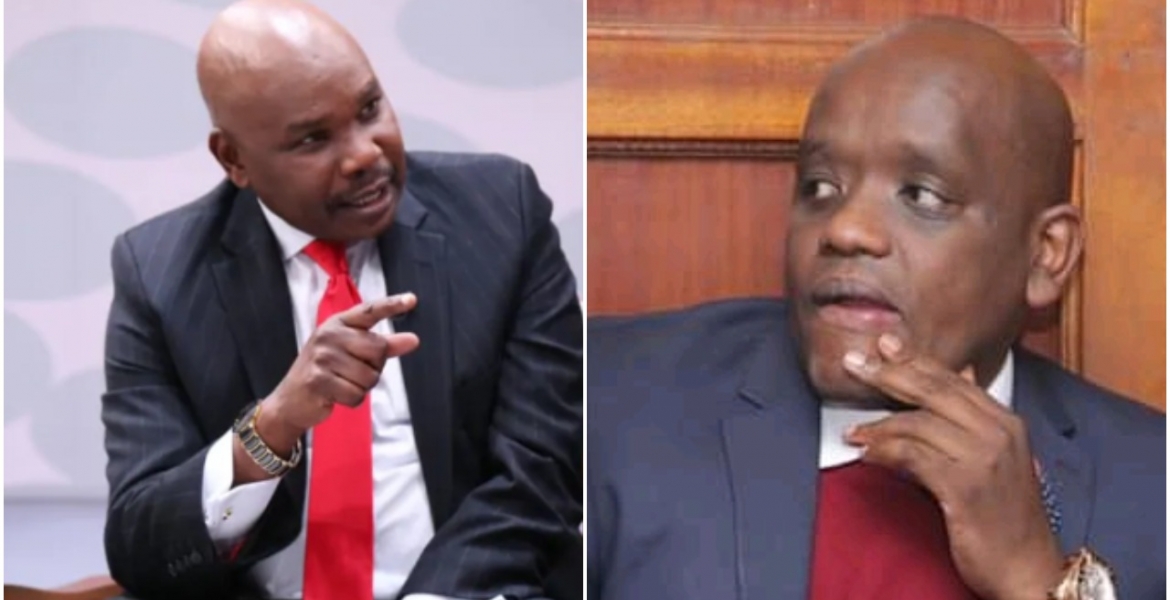 The tiff was triggered by Mutua’s tweet about ODM leader Raila Odinga’s decision to withdraw his support for the contentious population-driven county revenue-sharing formula.

Mutua tweeted: "I KNEW there was NO WAY Raila Odinga could be on the SAME PAGE with Moses Kuria on the CRUEL one-person-one-shilling-one-vote formula. NYET!"

Itumbi in response to Mutua’s tweet questioned why he has served as the Chairperson of Kenya Human Rights Commission (KHRC) since its inception in 1992.

"Does KHRC as an NGO that believes in Transition, have Term Limits for Board Members? Ama ni kama Cotu as long as you are elected you serve till death do you part? In that case does KHRC hold regular elections? I see you are a lifetime board member for instance...Educate me...," Itumbi posed.

Itumbi’s question did not sit well with Mutua, who was quick to remind him of his spirited fight against civil society organizations in the run up to 2013 and 2017 general elections.

He further urged Itumbi, who is unmarried, to start a family to stop his mind from “loitering aimlessly.”

"Dennis, my little brother, why bother with KHRC? You tried to kill it when you wielded the State House axe and failed. Even Moi tried and failed. Wachana na sisi. Find a partner and have kids — so that you can be busy and stop your mind from loitering aimlessly," Mutua hit back.

Does mutua have a wife?

Mutua's wife; Athena Mutua. Everybody knows that except you.

Mutua is known to have a gay beachboy. Is he trying to get Itumbi one?

You need to be careful what you are asking, Mutua could be the wife; and its perfectly legal where we are. He acts it too with his brother former CJ Willy Mutunga.

An egg (Itumbi) needs to be incubated to hatch anything! This one one is rotten and done with.

Keep your kind advise to yourself Makau! We don’t need little dummies running around with the big dummy!! Enough is enough of this big head stupid fool!

Why do you engage an idiot professor! Itumbi is a foolish sleeping dog! Let the dying dog 🐕 peacefully die!

Professor Makau, you are arguing with a man whose IQ is 99% less your IQ! Please, why bother!?

Makau, you just got bated by a damn ignorant idiot! Why do you want to lower your mental acumen to that of an empty egg head?

I don't think he answered the question. If you advocate for fair elections and no presidents for life, why not respond to the question about being a board member for life. Are there elections in your organization? Are you grooming the younger generation? All of these are fair questions.

Gays are good or not?

Professor Makau, there is no need to respond to a man with mental retardation. You are too good to waste your valuable time on a market farting mad man!

Mutua makes Itumbi sound like a genius. He simply asked you a question. What's so hard answering? Its juvenile to bring up his marital status because he touched a sensitive subject. It's distasteful when a man has a loose mouth. Be professional and honor the title you so much idolize.