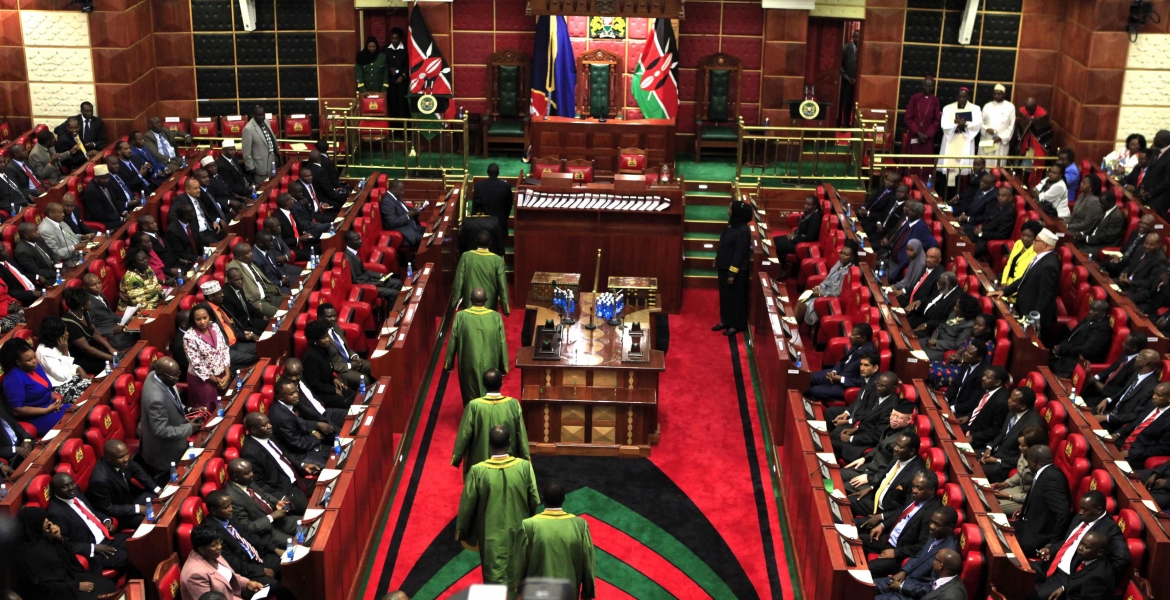 MPs are under fire from Kenyans over their push to amend the Parliamentary Pension’s Act to ensure they enjoy full medical cover even after losing their seats.

If the changes proposed by Mwatate MP Andrew Mwadime are adopted, MPs and their spouses will retain a Sh10 million medical scheme for the inpatient cover per family, Sh300,000 for outpatient cover, Sh150,000 for maternity and Sh75,000 for dental care after being voted out.

Further to this, Mwadime is seeking to have MPs who serve for only one term be eligible for pension. Currently, only MPs who have served for two terms or more enjoy retirement packages.

Mwadime argues that most former MPs are suffering under the heavy cost of medical expenses.

The move has, however, angered Kenyans who took to social media to call out MPs, accusing them of being greedy. Here is what Kenyans on Twitter said about the plan by MPs.

@bigkoros said: “These pigs know most of them are not coming back next election, so they are setting themselves up.”

@AmThePaul wrote: “@NAssemblyKE have failed to make healthcare work so they are rushing to cover their behinds before the country sinks. Most of them will die in South Africa, India, London and the U.S.”

@ViqRuto noted: “Imagine a 5-year contract job (they never even achieve half their performance indicators) that sets you for life with USD 1,000 pension every month, USD 100,000 medical cover. Wow! NB: The Kenyan Parliament has over 300 representatives with allowances higher than salary.”

@CleophasIsaac stated: “MPs plan: Ksh10M medical cover after losing seat. Pension for one term lawmakers after the 100k monthly pensions. This is 2020 and Kenyans we are still on our own.”

@Waambui tweeted: “MPs have failed to oversight the national govt that is looting funds meant for healthcare but want Kenyans to pay for their full medical cover even after they lose their seats. Pathetic!”

These fools only do things for themselves! Kenya can function better without the thieving elected officials. A mutiny is needed to make all Kenyans equal! This is quite ridiculous.!! We have been sick about the politicians for a long time!

Ndugu Imara,the electorate is to blame.I you let a fox guard the chicken house,and find only one sickly chicken left behind,who do you blame?
If they happen to pass this bill,lets hope that the concerned citizens of good conscience will reverse the bill,at the most critical point where the fox is too old,and weak to guard the chicken house.

Thieves with no shame! Think about your old, old, very old grand mother before you take from her!! Really shameful!

Kenya was not ready for independence or democracy.

This is ridiculous to the highest level, First of all, the govt needs to make an oversight commitee to control what the PMs make, as none will deny but will be annonimousily passed, hope presi got eyes not to sigh

Trump said Africans r shitholes starting from their leaders who yap they have degrees,masters,phds n yet they continue raping our economy.May covid catch up with them n finish them.

The MPs only show up in parliament when the issues to be debated favor them! I wonder how much more Kenyans will take before a huge revolt! Now I understand what was in the minds of those who attended to throw moi out in 1982 - wow, as bed as it sounds maybe what is happening now would have been stopped by Ochuka!

Let's hope it never comes to that and the Kenya electorate throws out the bums. Moi needed to go way back in '82 but Ochuka was not the answer. Organization was not his strong suit and all his men did that night was drink and loot. We already know who can run a govt by looking at effective county governors. I think if Kenyans pass a referendum it should be exempted from any meddling. Power has to be with the people. There must be a rule that delays any self serving rules from taking effect for the remainder of the current term + another full term. It would slow the self dealing