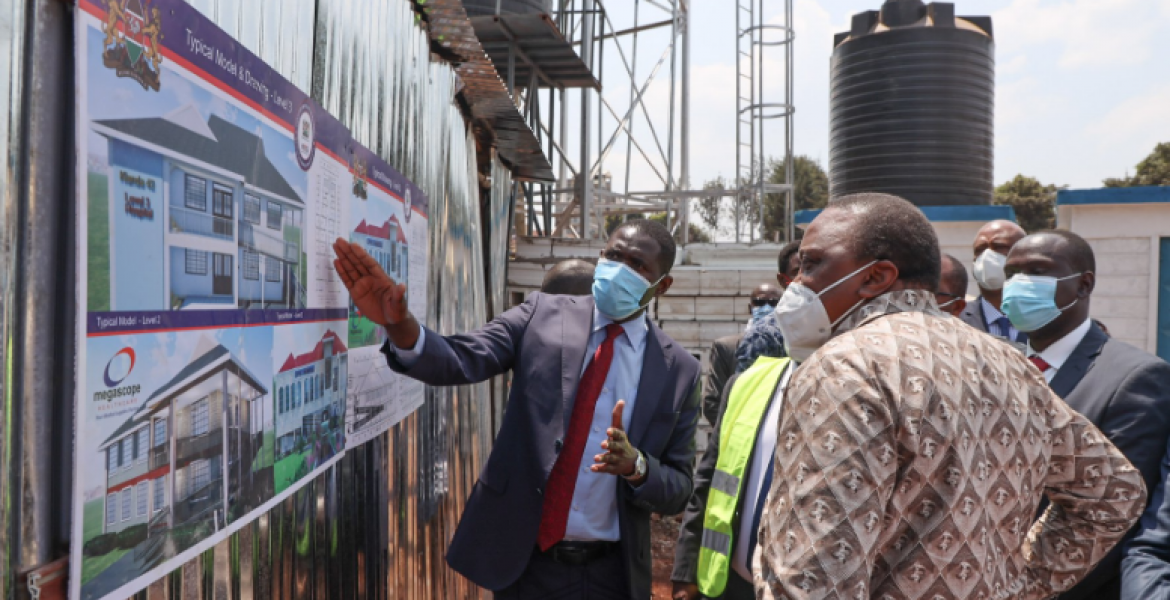 The Level III hospitals will be put at Muthua in Uthiru, Kianda in Kibra, and Maendeleo Village in Mukuru kwa Reuben. The three health facilities will have a capacity of 16, 16, and 24 beds respectively.

Their construction is being undertaken by the Nairobi Metropolitan Service (NMS) at an average cost of Sh70 million each.

NMS under the leadership of Major Mohamed Abdalla Badi will put up 17 other such facilities in various parts of Nairobi.

Further to this, NMS is sinking community boreholes to provide free clean water and upgrading of access roads to bitumen standard in these areas.

Speaking during the groundbreaking ceremony, Kenyatta said the projects are part of his administration’s plan to transform the informal settlements.

NMS is an illegal entity. Nairobi county has a county government.