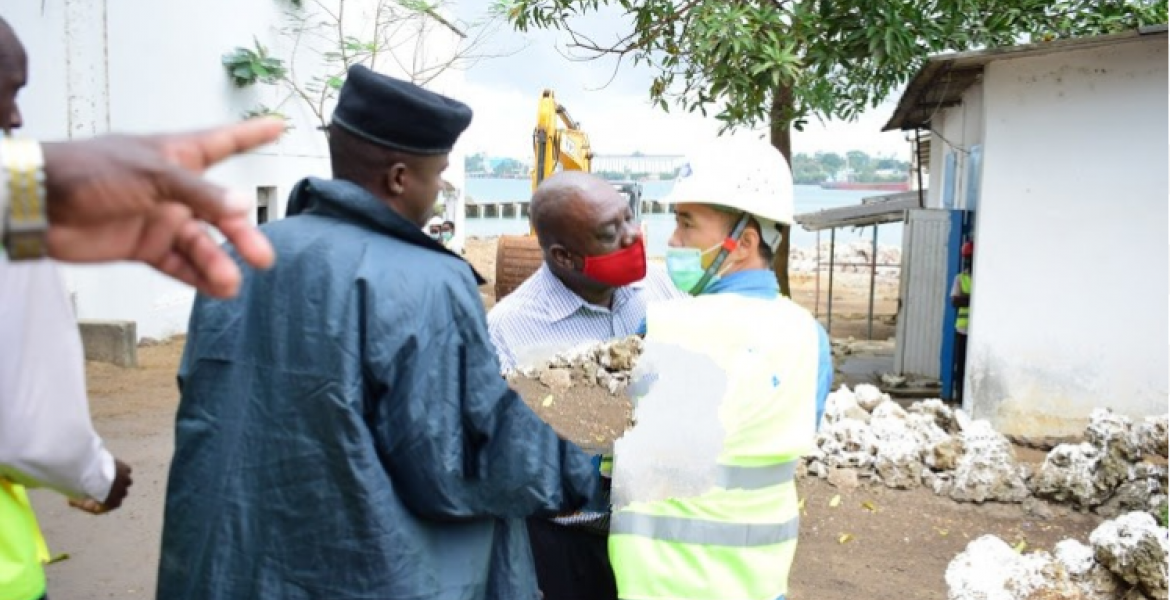 Drama unfolded at Liwatoni in Mombasa on Wednesday after a Chinese contractor blocked government officials from inspecting a Sh1.5 billion project.

Public Works Chief Administrative Secretary (CAS) Wavinya Ndeti had led a delegation from the Transport Ministry to check the progress of the Likoni suspension bridge, which is under construction.

But a China Road and Bridge Corporation (CRBC) contractor blocked the team from accessing the construction site by closing the gates and demanded to know who sent them.

The contractor maintained he could not let them in as he had not been informed of the planned visit in advance.

“I am the Chief Engineer of the project No one informed us of any plans of visiting to check, you understand?” the contractor says.

Videos shared on social media show CAS Wavinya and other government officials in a heated confrontation with the Chinese engineer.

"I'm Kenyan. A minister in this government. I can walk into any project. What are they hiding?" posed CAS Wavinya. 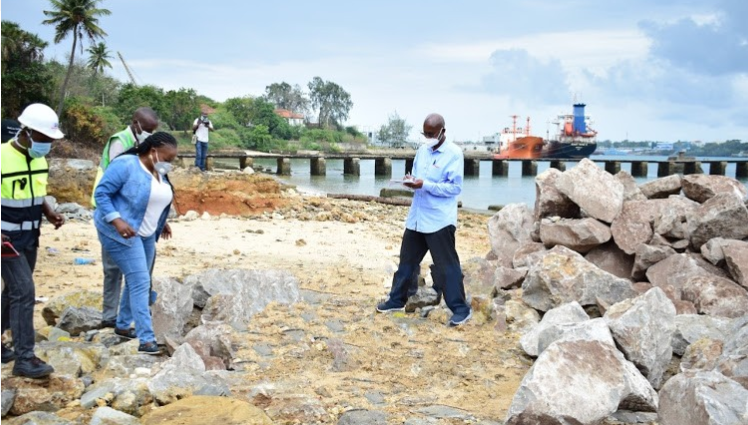 One officer is seen pushing the contractor aside to allow the visitors and journalists to make their way into the construction site. He also orders police officers accompanying them to handcuff the engineer.

Here is the video of the incident; https://www.youtube.com/watch?v=Lve5WmtaqDo

What are they hiding????!!!
Military and surveillance installations.

Cabinet secretary or not, you can't just freely walk into a project without prior notification. There are liability issues.

Exactly! When you have someone having to introduce themselves and the authority they carry.. there is a problem! Unfortunately that’s the norm that we aped from the British... leadership in Africa means loading it over them...

Yes! In every written legal contractual agreements there are clauses prohibiting unknown individuals from just walking/inquiring about the project! The Kenyan government official are crazy! Ati, what are they hiding? Kwani who offered them the contract? Si it’s your government!! You trusted them well enough & hired them over any other Kenyan! Wajinga nyinyi!

The Chinese must go.
Installing surveillance cameras all over kenya is not part of “building a bridge”.

Cancel the stupid contract and send the idiotic Chinese back to Wuhan, China to build coronavirus infected float bridges there!

We do not need this colonialist kubafu building bridges in Kenya! Who does he think he is! Mafi ya Kuku konde konde!!

Ndeti should have slapped him across his ugly face!

what did he have to hide ? our government officers must from to time inspect if all standards including safety measures for workers are taken care of. Mchina hana respect for black man they are robbing us contracts and treat us like slaves . have you forgotten they even cane us .so let Ndeti do her worker . if she announces her coming the chinese will make sure she will see what he want her to see

Deport this fool immediately! We don’t need Chinese thinking they are the shit Buddha we worship in Kenya.

WTF,IN YOUR OWN COUNTRY, YOU MUST BE ALSO DOING SOMETHING WRONG

That is how the chinese treat ordinary kenyans everyday while the leaders watch. Taste that.

The project started barely a month whats the rush for inspection for....Hon CAS go find a project managed by Kenyan Engineers and your incognito inspections will make sense because people from countries are strictly following protocols and adhered with project deadline to meet.

Wavinya and others in her likes should understand what protocol being a govt minister means.Thats a high risk project that requires high standard safety measures that are guided and not just entering like a toilet to hoodwink public how effective one is.She needs to go for a class on MSDS that she gets informed.The chinese was right..

Wavinya and co. does not need an appointment to inspect if regulations and safety of the workers is in place . wake up man

Exactly. The Chinese was right. There are liability issues involved. And the law of contract is clear.