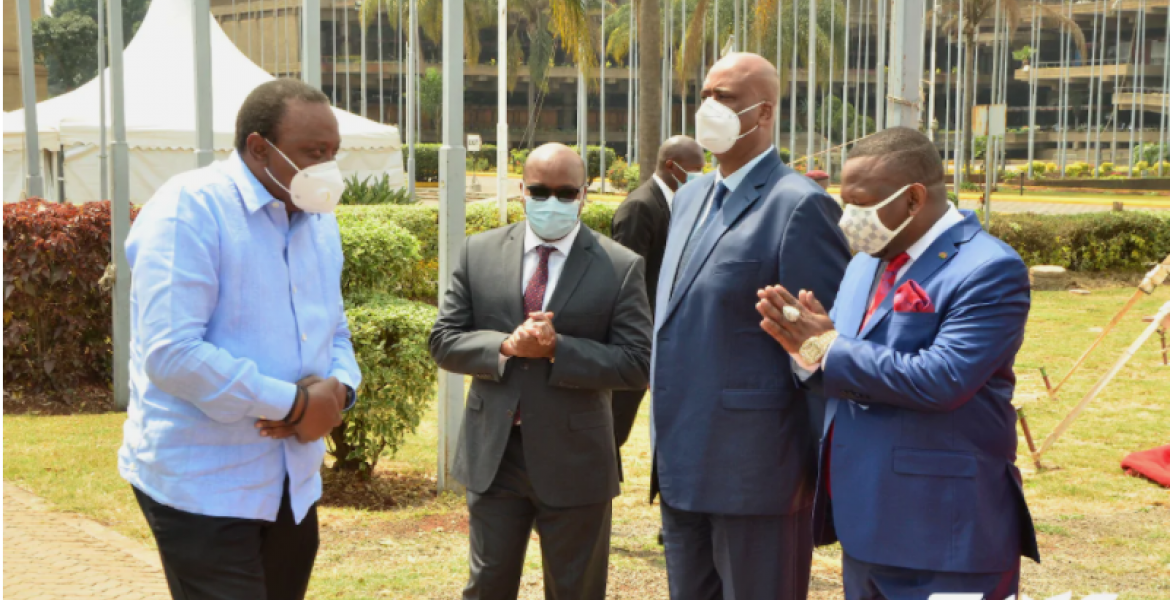 The two buried the hatchet following a meeting with President Uhuru at the Kenyatta International Convention Center (KICC) on Wednesday with Sonko apologizing to Badi for unfairly attacking him.

"I want to say I have heard the President's message and as the Governor I agree that Nairobi is more important than politicians. I want to say sorry to my brother Badi for all the bad things I have said about the General and I promise to work with him so that we can deliver development to the people of Nairobi," Sonko said.

On his part, Badi noted he did not hold any ill feelings against Sonko, adding that the truce will provide a favorable environment for them to deliver service to the people of Nairobi.

“There is no hate between us and as you have heard our interest is to deliver services to the people of Nairobi and bring development. We will work together to build roads, issue title deeds, and deliver other services. We only want to inform you that we will work together,” said Badi.

Kenyatta was at KICC to issue over 2,000 title deeds to landowners from Kayole, Mathare, Dandora, Kariobangi, and other estates in Nairobi’s Eastlands area.

Uhuru said 28,000 members of Embakasi Ranching will get their titles in the next two weeks in the ongoing national titling program in which over five million title deeds have been issued since 2013.

“When you get your title deed, please be careful not to be cheated by little money to sell your land which you’ve fought for, for all these years. Keep it and use it to help yourself, your children, and your grandchildren,” Uhuru told the recipients.

NMS is an illegal outfit.
Nairobi has a county government that should be let to do its job.

Uhuru, you do not need a truce. Nairobi should be under the National Government 100%.

No.
It should remain a county.
It’s the dirtiest county in Kenya.

Why is Sonko insisting and what happened to his impeachment.Has he not stolen enough was the NMS not formed because he was found to be incompetent.What truce somebody needs to be fired too many cooks in the kitchen “fighting” for Nairobians but just really “eating” as much as they could.