'Nobody Can Stop Reggae': Raila Rules Out Merging of Referendum with 2022 Election 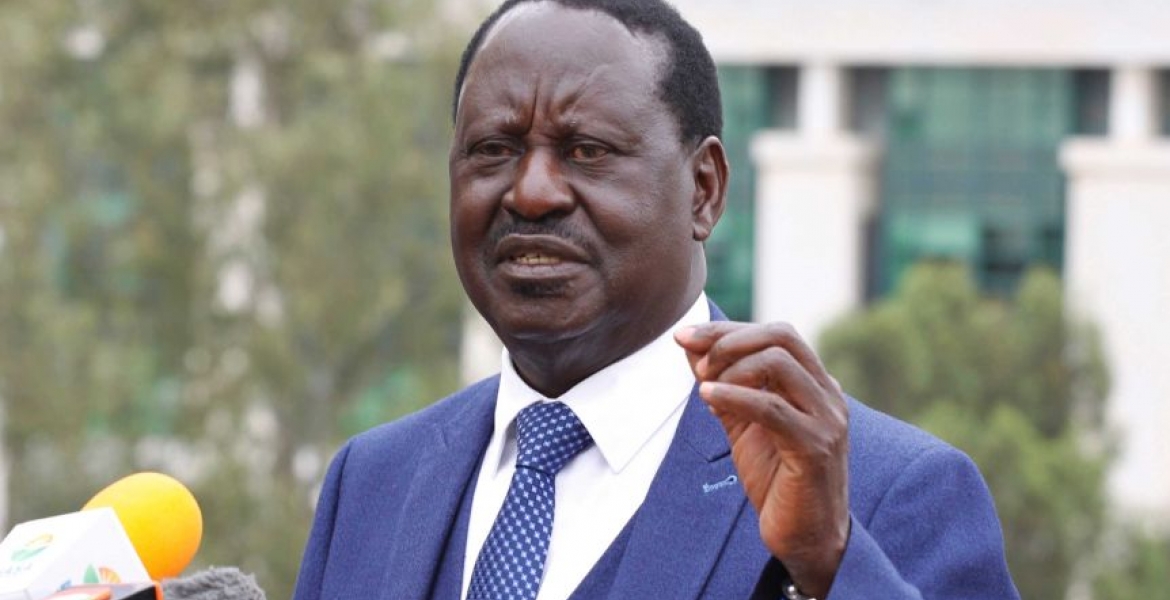 ODM leader Raila Odinga has ruled out the holding of a referendum jointly with the 2022 general election.

Speaking at ODM headquarters in Nairobi on Thursday, Raila insisted the referendum must be held separately before the 2022 elections and dismissed claims that it will burden the taxpayer.

“If there is a need for a country to do a referendum, the country does it. It has been done in European countries, in civilized democracies. Why do Kenyans not want it? Why are we being told to do it together with the General Election? That will not work. We will do it before the next General Election,” said Odinga.

He indicated that the exercise will cost less than Sh2 billion, adding that past elections were expensive due to corruption within the Independent Electoral and Boundaries Commission (IEBC).

While insisting that reggae is unstoppable, Raila said the Building Bridges Initiative (BBI) will soon submit its final report to him and President Kenyatta. The report he said will pave the way for a referendum to amend the constitution.

“Myself and President Uhuru Kenyatta are going to receive this BBI report and we will make it public. Reggae did not stop it went on half time. The players have been getting some kind of massage and instructions from the coaches… so shortly the reggae is going to be back.”

“Nobody can stop reggae and eventually we believe that we are going to bring things together and is going to help us in improving governance structures in this country,” he stated.

Raila, "Nobody can stop raggae". You forgot our national anthem "Ee Mungu Nguvu Yet"- Oh God our strength!! that's what will. Keep watching God's Masterplan unfold!!

Kikuyus view not being in “National government “ as catastrophic (Death).
This is because the Kenyan government is a demonic cult.

How come other tribes have not held government positions and are still alive?

If you can dictate to poor Kenyans on what you want to be done and you are not the president now,what about if you are?

Why do Kikuyus fear Raila’s presidency?

Is it Raila presidency they fear or the thought that not being in the National government is considered a “Death” sentence.

Death sentence you ask? Yes,death sentence. This is Because cults brainwash people into thinking if you’re not in the cult or you abandon the cult you are considered “Dead” or in Kenya government case you must be killed.

That’s why kikuyu , Kalenjins and kenya government employees kill people. They are in a cult and being outside the cult makes their life worthless.

Kikuyus went to the forest to fight those horrible white dudes who had taken over Kenya. Good reason for entitlement.

IPhone 4G should stop speaking for others.She knows very well Raila is a warlord who can kill anybody including her.That is why she has never visited Kenya for the last 12 years.Her rhythm is succession yet she can't go and sing the same to her Luo tribesmen in Kibera who work in Industrial area Nairobi.She should start by relocating them to UNITED KISUMU.

1. Ksh 40 billion was to pay people to assist in rigging elections, the word is Electoral Fraud. That’s why Kenya government is illegitimate.

2. “Raila will never be president “...... <<<So, this is what is called a thought stopping statement. It stops people from thinking critically about Raila Odinga.

The Kenyan government is a demonic cult .

Why BBI creating new posts which will only burden the taxpayer . most of the work has been shifted to the counties . what will prime minister & president and several vices/deputies be doing except pocketing our shillings.Raila and co. canot be permitted to decide for 47 M kenyas Raila give us a break

BBI is a sign the Kenyan government is a cult.

1. Raila is telling the cult through BBI that he won’t use “past” against them.
2. “Raila will never be president “ is a statement that stop any type of thinking . It’s a thought stopping statement.

3. The Kikuyu and Kalenjin tribes view not being in National government as Death. Because when you’re in a cult, people who leave the cult are considered dead or must be shunned or killed.

The Kenyan government is a demonic cult.

We want secession. The REFEREDUM for secession will cost ksh 2 Billion.

Is it Uhuru or is it Raila the President of Kenya? If Uhuru has surrendered the presidency to RAO, tell us.

He’s too drunk to respond.