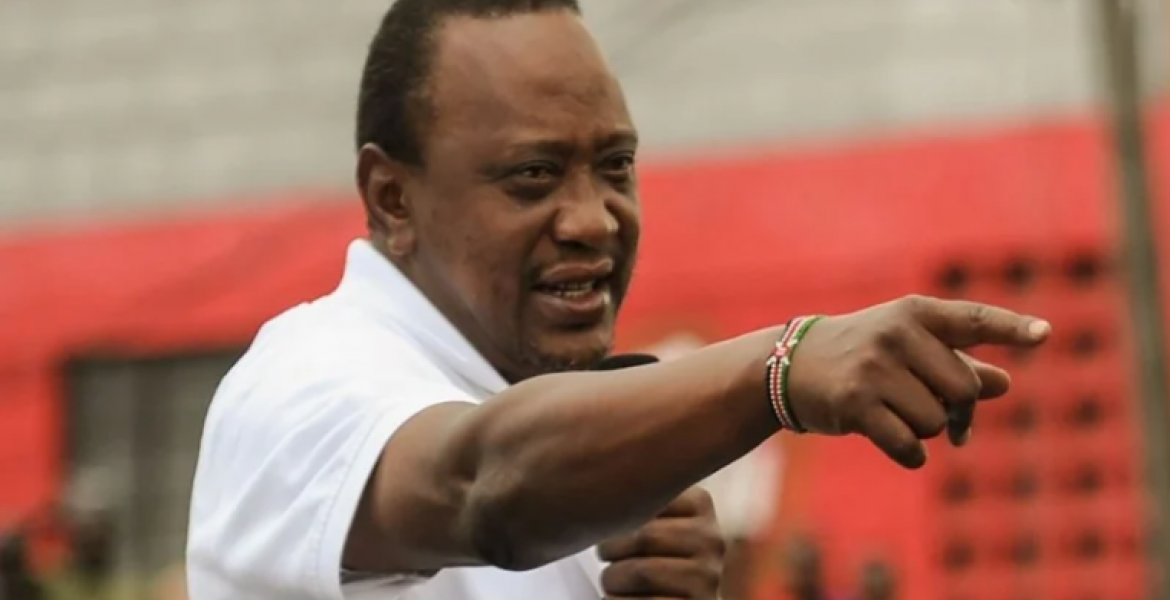 Speaking on Thursday, Uhuru warned Sudi and Ng’eno, who are close allies of Deputy President William Ruto, against further attacks on his mother, adding that they should insult their own mums instead.

Uhuru spoke during a stopover at Ruaka area where he has gone to inspect a road project that will connect three counties; Nairobi, Kiambu, and Murang’a.

Sudi and Ng’eno made the alleged insulting remarks directed at Uhuru and the former First Lady early this week.

Their remarks sparked countrywide outrage with a section of leaders among them women demanding an apology from the two. On Wednesday, MP Sudi said he has nothing to apologize, insisting he did not insult anyone.

“I was very surprised to see so many people agitated that I referred to women’s breasts, it is even in the bible, that was not an insult, I will apologize once people show me where I went wrong,” he said.

Following his remarks, MP Ng’eno was arrested from his home on Monday on allegations of incitement to violence. He was released on Thursday on a Sh2 million bond, a surety of the same amount, or an alternative cash bail of Sh1 million.

Made sure they Hired people thieves, murderers, landgrabbers and rapists to protect their “interest”( stolen property among other things).

Jomo Kenyatta was one of the people whose job was to protect white settlers.

It’s 2020, the British Government and their allies lack the courage to confront the British settlers whose actions have resulted to a multitude of things including terrorism.

The British government, the American government and the EU need to man up and fix the mess created by the British settlers.

Man up and take out your garbage.

yap,they made a shell of a country

You have lived in the same country you are talking about for 58 years since the Britain left! What have you done to make it better besides childish blame games!
You are a major part of the problems Kenya is facing! You could do something if only you could get rid of your loser mentality (that is what y’all call hustler mentality or the poor people’s mindset)! Right! Your hustler Ruto have made you guys poorer while he enriches himself out of your sweat!! Keep being a dummy; a damn idiot!l

Uhuru Kenyatta was abused by his mother. She turned him and his siblings into a thief and murderer.
He is now turning his own children into thieves and murderers.

Uhuru Kenyatta should go confront his abuser -His mother.

Yes Mr President i too will insult my mother. Fuck u mama for giving birth to me in a country where ur friends like Waiguru r stealing, enriching themselves, family n have so much to wipe there ass with, fuck u mama for not telling me to be rich i did not have to go to school but be an Mp, Governer as money will magically land in my pockets. Fuck u mama for bringing me in a world of Covid. Now lets go back to ur mama Uhuru what weed was she smoking to be with an old, ugly dude like Jomo. Pliz let me know as that is weed from Hell.

I dont think you have a Mother. And if you do, then you've never Known or Met her; or even been with her to Breastfeed or just Feed you. And if she is Alive and able to Read: I would rather that She never Come across your above Comment (unless She is the one that Taught you Foul language). Firnif she did Not teach you Foul language, she will "Cass your Ass" (sic).

Childish nation focused on crap while their needs are never met.

Your mama says bless you son...

Kenya is the weakest link to the black nation. While all the blacks around the world are waking up to the fack that we have been in a perpetual war with the other nations ( Esau- "white" nations) our leaders are fighting among themselves for small things.
What will happen when everyone of the black nation wakes up, and they are about to.
When every man will consume what he has worked for. When Wanjiku says, no more to slavery, lynching, colonialism, Neo-colonialiuhsm and no more occupation!!
Be on the right side of history and think "Black nation ".

Very hard to communicate with an idiot like you! I just have to feel sorry for your ignorance that you are displaying here for lack of knowledge about your own country! Sorry dude I just had to call your ignorant ass out! You and guesty have dead brain cells! No wonder Ruto have conscripted you to his hustler tag so you can live poor! You are both born and raised in Mogorio! The furthest you have traveled in Iten grazing goats and cows! And the most dress man you have ever seen is Ruto wearing bright red trousers! Well, I don’t blame you!

What was the insult again?

Guest1 u must be slow if what u read makes u really think i was insulting my mother. It is this reason why ur father n mother were pushing u to finish school or u simply do not understand the white man's language. Before u comment on something, first let it sit in ur head for a day or two then comment as being slow is not ur fault its how God intend u to be so a miracle can be worked on ur dumb ass.

Whoever the founding father of greed was should be investigated