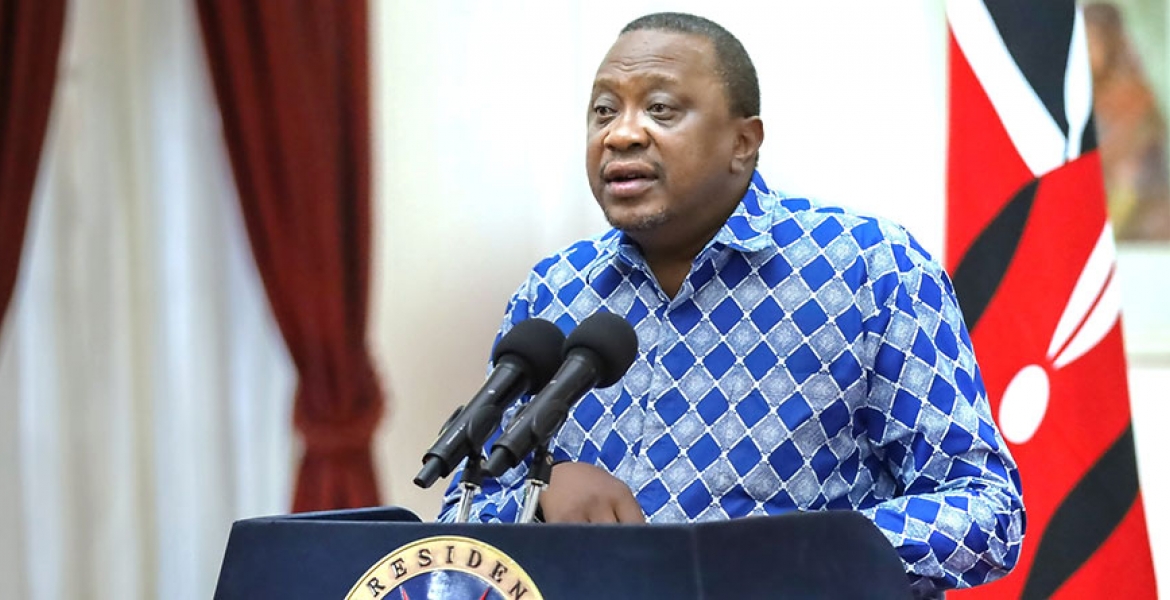 President Kenyatta has declined to sign into law a bill that would have seen former MPs receive a monthly pension of at least Sh100,000 each for life.

Mbadi while defending the proposed piece of legislation said it was meant to cushion former MPs who he argued have been earning peanuts as a pension.

He dismissed claims that the bill would burden the taxpayer if passed, saying it would not cost Kenyans a lot of money since the clause requiring the payments to be backdated to 2010 was removed.

The bill received support from a majority of MPs, who said some of the former MPs are living in poverty.

Uhuru in rejecting the Bill stated that pension for MPs should be calculated based on the contributions they made during the time they were serving.

He further indicated that Parliament in passing the bill ignored the role of the Salaries and Remuneration Commission (SRC), which recommends salaries and commissions for all State officers.

Further, Uhuru raised concerns over the cost of implementing the bill, adding that there was also a risk of other public servants demanding higher pensions.

Two-thirds of MPs are required to vote in favor of the bill to overturn the President’s reservations.

Very nice! Ordinary Kenyans should not be carrying the burden imposed on them by greedy politicians! They have stolen our CDF monies enough! Enough is simply enough! Beautiful Mr. President! Nice!

Thanx @ Njenga you said it well- enough is enough! And by the way, can someone tell me the importance of the CDF? It seems like giving MPs money to play- a corruption of the highest order in my opinion,.

Now sudi and ngeno can come out insulting the head of state! Yes, you will go home with nothing come 2022 that you are insulting others about!

These thieves should be voted out. Being an MP is not a job. It is a civic service. No pension.

Thank you Mr. President for putting a STOP to these MPigs greediness. Let them go and grow Sukuma Wiki if they need extra cash.

Thank you Mr. President. The Mpigs greediness is astonishing.

These guys are just greedy thugs.

These run away parliamentarians who cares about their big bellies. You wouldn’t fill up your mafi stomaches on Uhuru watch! You all can get a second, third and fourth jobs like we all toil hard to do!! Shame on you!!

100k per month for what? What do you really do for Kenyans except impoverishing them? Are MPs a special class of workers? No wonder you pass heavy parks for yourselves but forget other Kenyans work as much. When you care of yourselves, where do you leave the other Kenyans who toil day and night to feed your pot berries? Do you ever consider them? Greedy lot!

Some guys like oscar Sudi have never spoken not even once in parliament then after five years he goes home and start pocketing Sh.100000! Greedy!

Understand what all are talking about.
But,won't UHURU and RUTO get a pension?
Didn't they just got a raise?
If it's Good for them then it's good for all.
WAKENYA TUAMKE!!!

Just for now . But are we assured it will not be signed in he future?

It is a new day in Kenya maybe Uhuru is serious about leaving Kenya better than he found it.Congrats for standing up to these greedy Mpigs wata tumaliza

..ati they get a meager 33k.....how many retired wananchis get that kind of money as pension? The MPs enjoyed huge salaries and allowances and now 100k pension? Kwani MPs and ex MPs are more human than kawaida Kenyans who paid taxes and now pensioned much less than 33k?
Total abuse of Kenyans!