Drama as Mourners Chase Away Health Officials, Exhume Body of Kenyan Woman Who Died of Covid-19 for Viewing 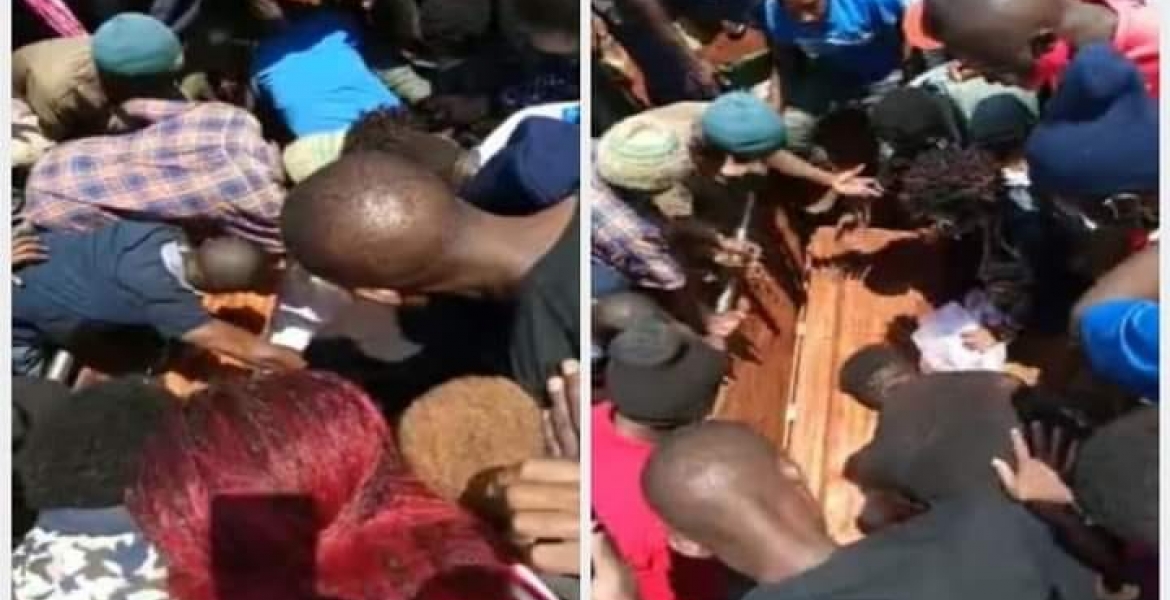 Drama unfolded at a cemetery in Eldoret on Friday after irate mourners exhumed the body of a woman who allegedly succumbed to Covid-19.

The 32-year-old woman had been buried at Eldoret’s Kiplombe public cemetery by a group of health officials donning hazmat suits, according to reports.

As the health officers drawn from Uasin Gishu County government prepared to leave after completing their task, a group of mourners threatened to exhume the body saying they wanted to pay their last respects to the deceased.

After exhuming the grave, the mourners removed the polythene paper wrapped around the casket and opened it to view the deceased’s remains in an exercise that lasted about 30 minutes. They claimed she “loved us genuinely, and, on several occasions, bought us alcohol.”

Reports indicate the woman worked at an agrovet in Eldoret town and was popular among residents. They later lowered the casket into the grave and filled it with soil as the deceased’s family watched from a distance.

The incident comes days after the Health Ministry announced it will review burial protocols to get rid of ‘men in white’ after new research backed by the World Health Organization (WHO) revealed that bodies of Covid-19 victims are not as infectious as previously thought.

I bet they did not have gloves when touching the body.

they don't need gloves when touching the body

Ignorance is terribly bad! In Eldoret, wow that says it all!! How about that MP Sudi??

There is still no evidence that u can get corona from a dead body n Thailand is the only Country that says so. But saying so why Kenyan people do u have to remove a body from the grave, do all that work so as to view it. R there no photos of the dead u could have look at, am sure dumb James could have used his little nugget to stop u. Mwakilishi's Dr Phill Outcast i wish u were there to offer this people ur one Penny worth of advice.