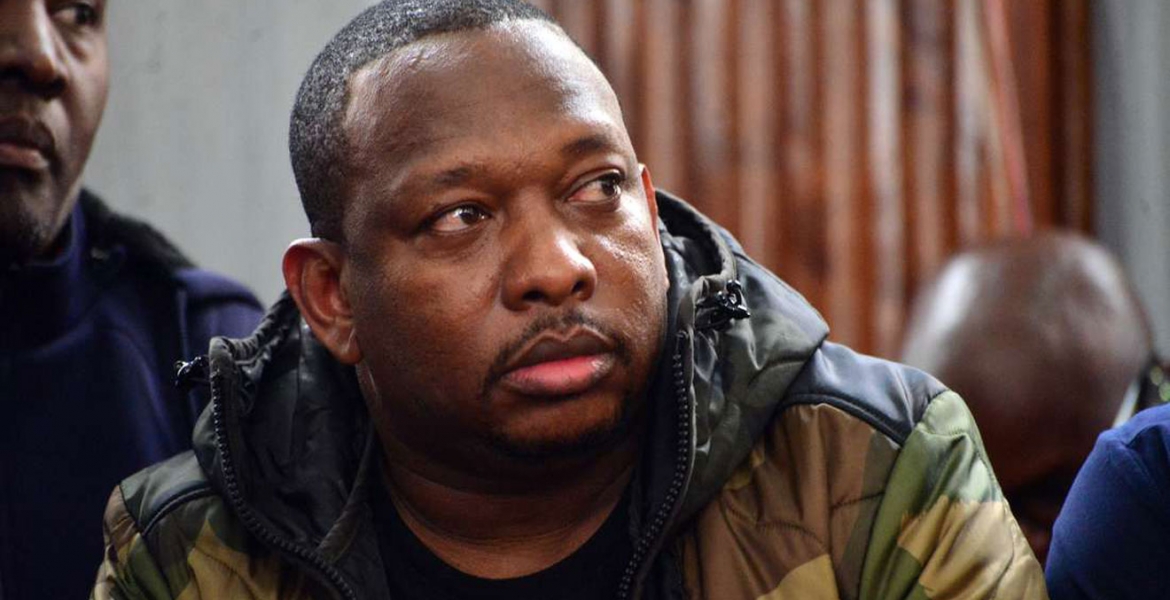 Nairobi Governor Mike Sonko says joining politics was one of the worst decision he has ever made.

Sonko admitted to ignoring his “people in the wilderness” even as he asked God to pardon him.

“I swear! Haki yaki ya Mungu tena! I regret joining politics. It was one of the worst decisions I have ever made,” Sonko wrote on Facebook on Thursday night.

He added: “As I retire to bed, I pray that God forgives me of my ignorance that led me to abandon his people in the wilderness after being forced by circumstances. Mungu nisamehe. Tomorrow lies in your hands and because you live I can courageously forge forward.”

Sonko was last December barred from accessing his office until a case in which he is charged over the alleged embezzlement of Sh357 million from Nairobi County government coffers is heard and determined.

This week, Sonko was directed to appear before a Nairobi court next Monday to take a fresh plea after the prosecution amended the charge sheet to include abuse of office charge.

He is accused of demanding a Sh10 million bribe from Web Tribe Ltd through ROG Security Limited to facilitate payments by the county government. Sonko is said to have committed the offense between January 10th and January 19th, 2019.

Sonko u r one funny dude. Am sure the prisoners at Kamiti would have a ball with u once u r thrown in there.

No you do not regret @ Sonko! You joined the high club of political thieves and stole everything that you saw in the coffers of the county! It is the same thing with DP Ruto! Maybe both of you can share a jail cell room at Shimo la Tewa prisons - both your crimes of corruption and theft are very similar!

You have enriched yourself and your family with stolen money. How many wives have billions in their bank account while they are stay home moms? Your wife does!

At least you may not be selling some hard drugs now but you have no regrets joining politics because it open an avenue for you to steal!

You are just afraid you could be going back to jail! Save us the grief! You would be just fine if you just did your governor’s job and never stole from the poor little old ladies! I hate politics @Sonko - please tell that to the birds!

Stop your nonsense Sonko! Stop lying like a mad man that you regret joint politics! We are not listening!

You are just paying for the crimes of stealing our money from the coffers and no body is punishing you for joining politics!

I kind of blame the idiot voters (mostly the greedy youth) who voted for you after you bribed them with nyama choma and beer! When voters are that naive when casting their votes, the consequences are very heavy to bear! They voted for a thief and he stole everything!

Do not be a funny cartoon! You only regret politics because you got caught with the hands at the bottom of the cook jar stealing! Someone should take all the money you have stolen and given back to Kenyans! You are just talking foolish nonsense here!

It’s or politics that is bad my friend Sonko. It’s your character and conduct that is bad. Who told you stealing is a virtue? You brought this to yourself. Do not blame politics. So marehemu

It’s not politics that is bad my friend Sonko. It’s your character and conduct that is bad. Who told you stealing is a virtue? You brought this to yourself. Do not blame politics. Politicians are the bad people. Politics is good. Politicians abuse it and use it to fill their stomachs. They steal from the very people who voted for them. Si marehemu Moi alisema, siasa mbaya...finish for yourself.

Its a domino effect. The only regret Sonko has is that of getting caught. If politics was that badd, you would have left/ quit years ago. But you continued to steal and enrich yourself until the 40th day. Most start of slim/ slender and end up looking Mulmulwas "kijana fupi nono round!" Sorry but not sorry.

Sonko paraded his ill gotten wealth from corruption with no regrets. Why now?