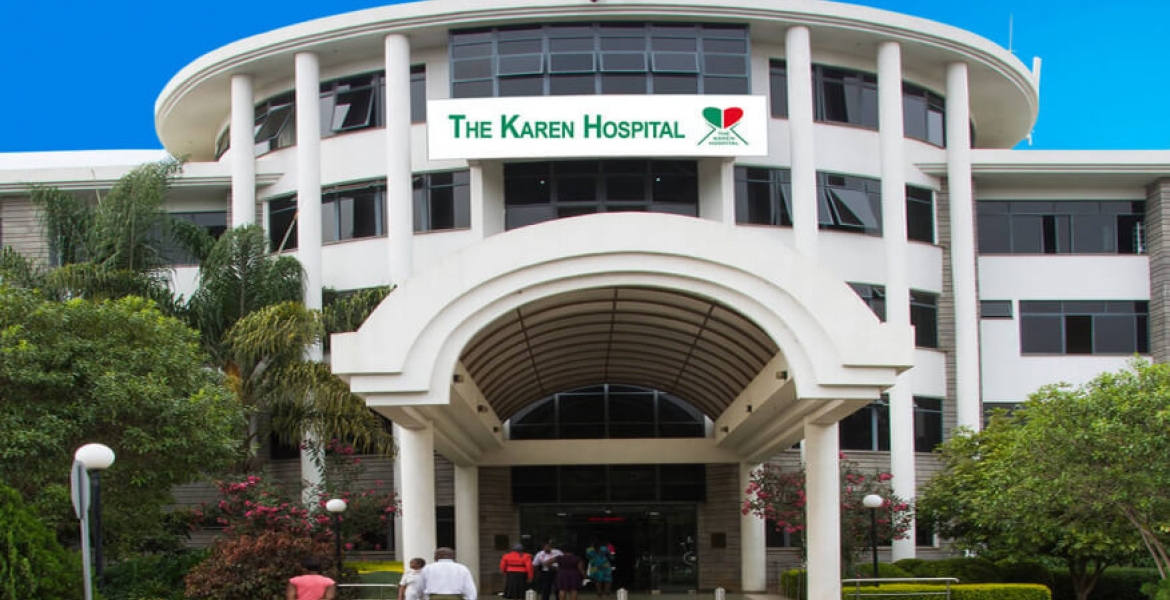 The Karen Hospital has sued a female patient who was allegedly abandoned by her family over a medical bill of over Sh23 million.

The woman identified as Jackline Nelima Mutaki has been at the health facility since February 16th, 2019, according to court documents.

The hospital’s CEO Betty Gikonyo said the patient was booked for an elective Cesarean Section after undergoing an obstetric ultrasound.

After the routine preparation for the surgical procedure, spinal anesthesia was administered but she developed complications.

“That the procedure was delayed for some minutes to enable the patient to be resuscitated and after the operation, the respondent was taken to the High Dependency Unit for post-operative management,” court papers read in part.

Gikonyo added that Nelima has been undergoing airway maintenance and physiotherapy as she continues to receive treatment for recurrent chest infections.

The hospital says efforts to trace her family have been futile and the bill continues to accumulate day by day.

The facility is asking the court to allow it to discharge Nelima for home-based care or refer her to Kenyatta National Hospital (KNH) as she is indisposed and there is no family member to give consent.

Family consent must be granted before a patient is referred to another facility or taken to home-based care as per the Kenya Health Sector Referral Implementation Guideline.

"The hospital bill is too high for the patient or family to pay and Karen Hospital can no longer afford to keep her in their facility," reads the court documents.

The case will be mentioned on September 23rd.

Being in ur facility made her condition worse n u have the balls to say she has a Sh 23 million bill, bitch thats what u should be paying her before she drags that facility to court n sue ur ass.

If this is HIPAA dear family......wink wink

This is Uhuru country. The poor end up with hospital bills they are unable to pay. The powerful have their bills paid by us. What happened to free healthcare? Where are the Big 4? This is a shame. It’s sad.

Where does the hospital expect the woman to get the money? Release the woman and cut your loses! It is stupid to expect the courts to force a poor woman to shit some money to pay up a huge bill. Only in Kenya that you see institutions waging a war on its poor citizens!

Why can't Uhuru,the (OWNER) of Kenya(ns) pay that bill if he wasted shs 500m-taxpayer's money to hire an expensive,luxury jet to bring Raila home from a FAKE medical trip in Dubai?And DPP-Noordin must resign if he fails to prove that Kenya and Kenyans are not owned by Uhuru and his parents.

I once talked to the owner of this hospital, Dan Gikonyo, about a patient there. From the discussion, it was clear to me that the Doctor was more interested in being paid, than the recovery of the patient. I would not be surprised if Karen Hospital actually knows simpler methods to get paid. They are just looking for the goose which can lay the biggest egg.

Settled Nomad, Kenyan doctors are businessmen and are mostly interested in earning money than treating their patients.