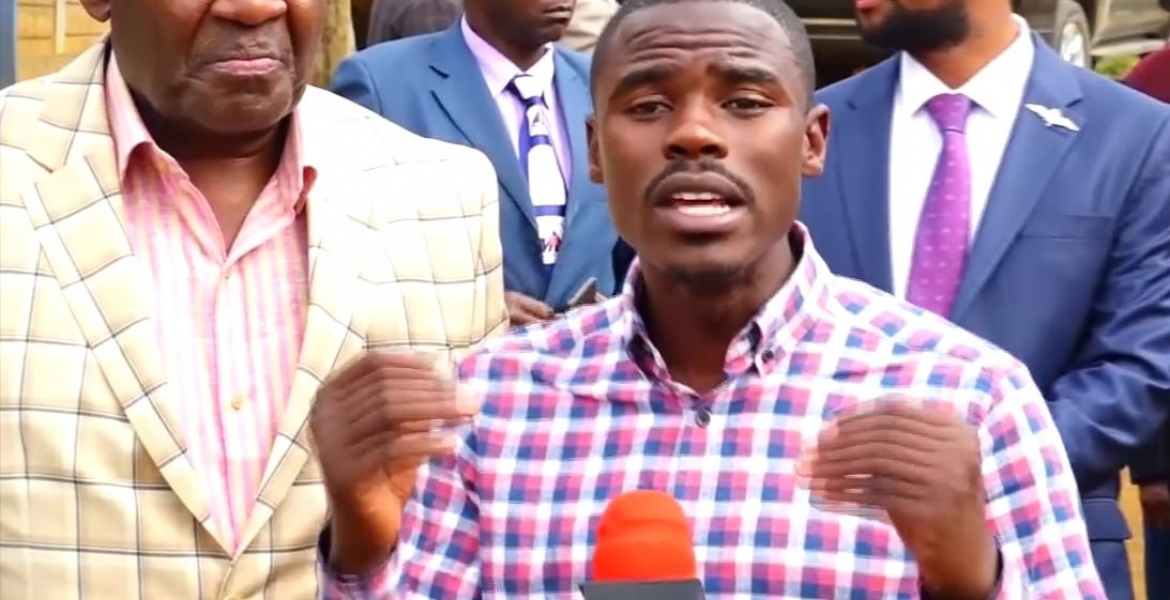 Igembe South MP John Paul Mwirigi is nursing injuries after he was flushed out of a meeting by rowdy youth.

Mwirigi, the youngest MP in Kenya at 26 years, had attended a meeting in which Agriculture Cabinet Secretary Peter Munya launched sunflower farming in Meru on Saturday.

Soon after he was handed the microphone to address the meeting, a crowd booed him accusing him of gatecrashing the event.

An enraged Mwirigi was forced to cut short his speech after the jeering persisted, leading to an altercation that saw the mob rain blows and kicks on him while others pelted stones at him.

He scampered for safety as a group of youth started following him closely, forcing police to fire in the air to disperse the crowd. He was escorted out of the function by a contingent of police vehicles.

“I won’t allow drunken youth to deter me from doing my work. I know this has something to do with 2022 politics, but I remain focused,” he told journalists after the incident.

"This was a clear political fight to prove who is more powerful. It is unfortunate that I am mistaken to be a TangaTanga member which is not true because I was elected on an Independent ticket," he said.

"I had received an official invitation to the meeting. I have since learned that it was not a genuine invite because I was attacked as I tried to address the crowd that was already incited against me."

Poor Mwirigi haven't heard you say anything since you were given that posh car by mūnene.
Next time you see something wrong stand with the common mwananchi otherwise siasa mbaya maisha mbaya.