Kapseret MP Oscar Sudi Arrested After Presenting Himself to Police 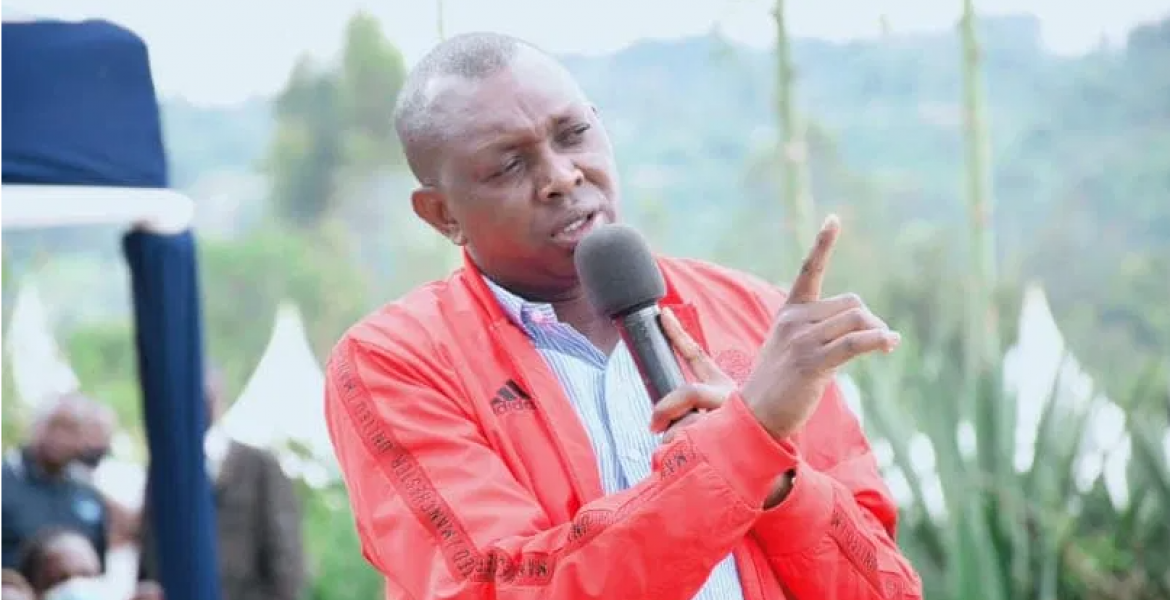 Kapseret MP Oscar Sudi has been arrested following a nearly 48-hour game of cat and mouse with the police.

Sudi, who was wanted over hate speech and incitement allegations, was apprehended on Sunday morning after voluntarily presenting himself at Langas police station in Eldoret.

Sudi was later airlifted in a police helicopter to Nakuru, where he is set to record a statement with the National Cohesion and Integration Commission (NCIC) in connection with the alleged inciting remarks.

Police did not manage to arrest Sudi on Friday night after local residents barricaded the road leading to his home in Elgon View estate in Eldoret, which allegedly gave him time to escape.

Police camped outside the MP’s abode for the better part of Friday night and Saturday morning, and at one point disconnected power and gained entry into the house but did not find him. The officers were forced to leave on Saturday after their mission hit a snag.

This week, Sudi has been on the spot over alleged insults directed at President Kenyatta, and former First Lady, Mama Ngina Kenyatta. His remarks sparked outrage with a section of women leaders demanding an apology.

Sudi made the remarks following the dramatic arrest of his Emurua Dikirr counterpart Johanna Ng’eno, who is facing hate speech charges. Ng’eno is also accused of using abusive language on Uhuru and his mother.

Sudi is the designated Ruto’s General in charge of murdering Kenyans!

We have traveled this same road before in 2007. Ruto is now carrying a new narrative of peace so he can capture Kenyans and then order his generals to herd the central Kenya people into the slaughter house starting with Alice Wahome!

Kenyans stop being gullible and fully understand that Ruto is clearly the wrong choice for the president of Kenya! He will kill you all as he takes your land and everything else with it!

DP Ruto is the chief architecture of everything you are witnessing going on mainly in the Rift Valley. Ruto is a very dangerous man and has no desire to see a peaceful Kenya going forward! The only thing retraining Ruto is the fear of the ICC. Ruto does not care about the plight if ordinary Kenyans! Kenyans must reject Ruto’s hustler politics of poverty and misery!!

And who is Ruto telling to stand firm against coercion and intimidation?? Ruto is talking to the kalenjin community and no body else!

Sudi has always been a a below average thug; an empty debe who speaks the loudest! He’s an embarrassment to the Nandi community! Shindwe!

@gg - Sudi is the DP Ruto’s mouthpieces! If he an empty debt, then what do you say about Ruto the man Sudi speaks for??