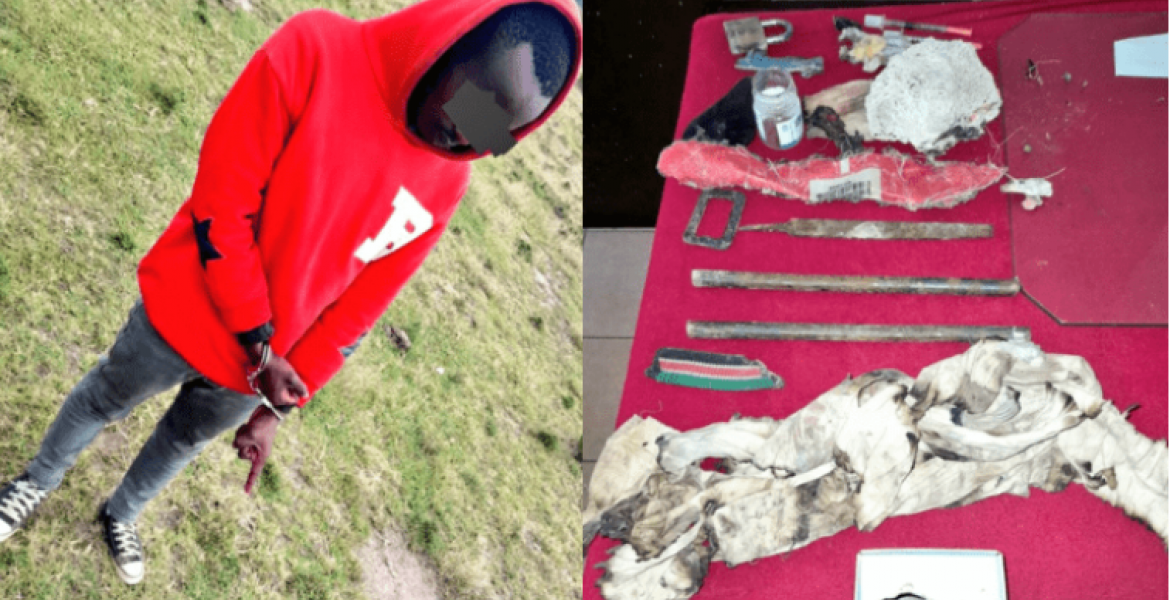 Police in Nakuru are holding a woman and her three children in connection with the gruesome murder of her 59-year-old husband.

Charles Thairu Kinyanjui was found unconscious in a pool of blood inside his car parked outside the gate of his home in Barnabas estate, Nakuru on September 8th, according to detectives.

His 48-year-old wife, son (23), and daughter (24) rushed him to Mediheal Hospital where he was pronounced dead on arrival.

The three were arrested after police found inconsistencies in the circumstances leading to the murder and bloodstains in one of their house’s bedroom, which someone had attempted to clean.

The deceased’s eldest son, 28-year-old Sospeter Kinyanjui Thairu, who is the prime suspect in the murder, went into hiding after the incident.

He was arrested on Saturday after he surrendered himself to detectives with several exhibits being recovered from his hideout.

“Upon his surrender and interrogations, detectives proceeded to Ndimu Ndege area within Bahati sub-county in Nakuru where the suspect disposed the murder weapons & burned his bloodstained clothes,” the Directorate of Criminal Investigations (DCI) said in a statement on Sunday.

Kenyans if u want to kill someone, good for u but before u set u grab ur panga, jembe or weapon of choice pliz give O.J. Simpson a call n he will let u know how to get away with murder.