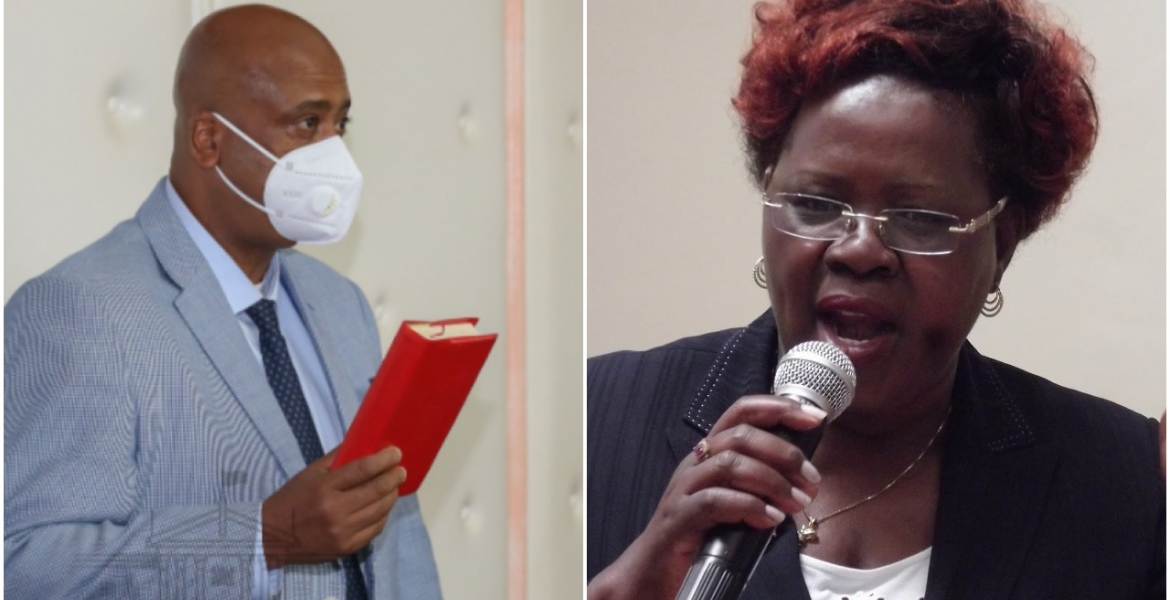 Badi was allowed to sit in the Cabinet after he took an Oath of Secrecy last week in a ceremony witnessed by President Kenyatta at State House.

Through lawyer Gitonga Mureithi, MP Wahome has asked the court to bar Badi from attending Cabinet meetings until the case is heard and determined.

She argues that the oath of secrecy administered on Badi to allow him to attend Cabinet sessions is unconstitutional as he was not formally appointed to the Cabinet and approved by Parliament.

“He has not been appointed to the Cabinet as provided for in the Constitution and thus his appointment is illegal and void,’” Wahome says in court documents filed on Tuesday.

Article 152 of the Constitution states that a Cabinet shall consist of the President, Deputy President, Attorney General, and not fewer than fourteen and not more than twenty-two Cabinet Secretaries.

“His inclusion into the cabinet was done without the approval of Parliament and hence insulates him from oversight into his conduct,” Wahome adds.

Attorney-General Paul Kihara Kariuki, the Secretary of the Cabinet Joseph Kinyua, and Badi are listed as respondents in the suit.

Uhuru appointed Badi as the director-general of NMS, which was formed in March this year to run the six key Nairobi County functions handed over to the national government by Governor Mike Sonko.

Because cabinet meetings are what.This woman is threatening a presidential or should I say attempting to humiliate another employee Ati because she is a MPIG.Uhuru fagia hi ghasia yote so called team tanga tanga wanajifanya kama Malaya kuruka ruka kila pahali bila msimamo na wametusi kila mtu including mama yako.Maliza yote at least if they are silenced and made to lie low like envelopes may be just maybe there will be no ethnic clashes during elections we can only hope.