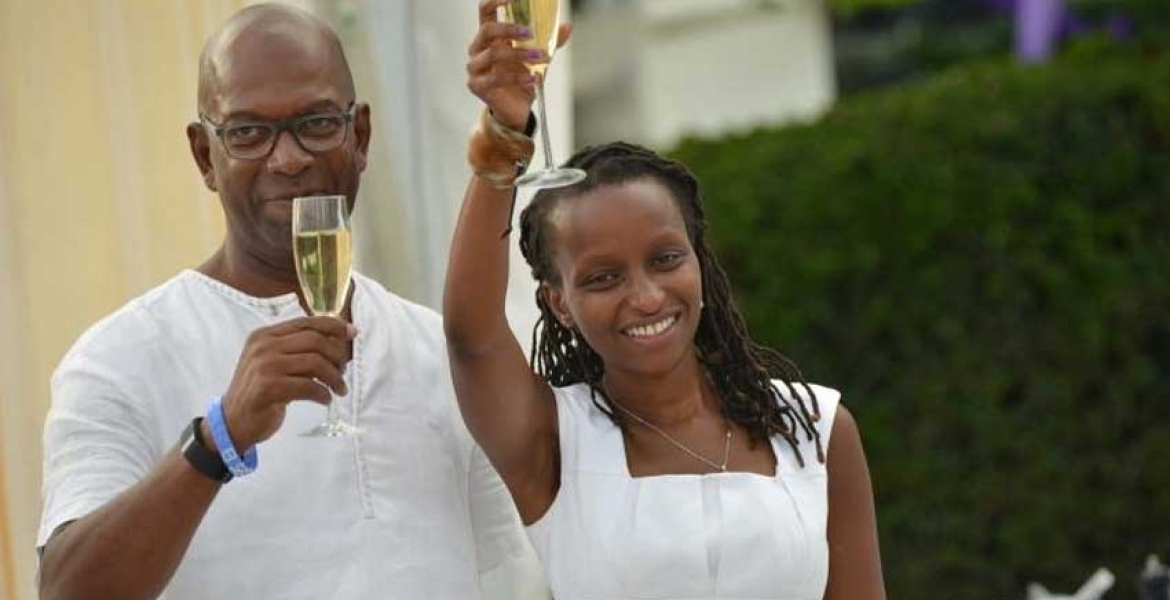 Details of the late Safaricom CEO Bob Collymore’s final will have emerged more than a year after his death.

Collymore, who succumbed to cancer in July last year at the age of 61, bequeathed all his wealth in Kenya to his wife Wambui Kamiru, according to the will obtained by The Standard.

He named State House Chief of Staff Nzioka Waita as an alternate executor of his will should anything happen to Wambui, who he married in 2016. Waita worked at Safaricom before he was hired by State House to head the Presidential Delivery Unit (PDU)

Wambui in a court application for grant of probate redacted the full inventory of Collymore’s wealth estimated to run into billions. Collymore had in 2015 declared his wealth in Kenya as assets valued at Sh287 million.

“I give, devise and bequeath all my estate, real and personal, immovable and movable whatsoever and wheresoever situated to my wife for her own use and benefit absolutely,” clause 3 of the Will dated April 18th, 2018, reads.

In Wambui’s absence, the will requires Waita, who is the sole trustee, to share Collymore’s wealth among three entities, including his two children from his previous marriages.

James Collymore, his son who lives in the UK will have a 40 percent share while his daughter, Sarah Collymore also based in the UK will equally get 40 percent. The remaining 20 percent will be shared equally among Wambui’s kids upon attaining the age of 18.

The will states that should the second scenario fail, Nzioka will assume absolute right as a trustee to hold the wealth in trust capacity for education and maintenance of Collymore’s estate.

“During his lifetime, the deceased was a prominent figure but he kept his personal affairs very private and listing of the assets in the application for Grant of Probate will expose the family to undue publicity that would be prejudicial,” Wambui says in an affidavit for the grant.

In 2015, Collymore had also declared that he owned a Sh54 million residential house in London, held Sh18.3 million worth of shares in Safaricom, and Vodafone PLC shares worth Sh88.7 million. Collymore in the will decree that his estate be insured against risks using “reputable insurance companies.”

She took care of him when he was sick. She deserves it.