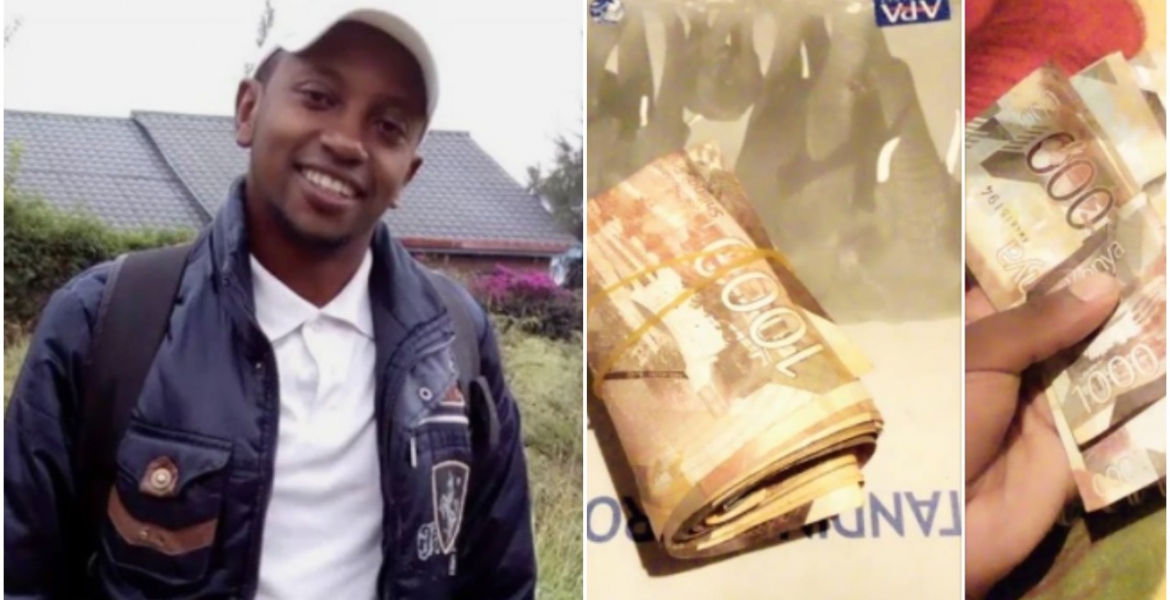 A youthful man has won the hearts of Kenyans online after he collected Sh38,000 dropped in a bus and returned it to the owner.

The man calling himself Paul Captain on Facebook said he collected the bag containing the cash after boarding a Kenya Mpya bus along Thika Road at 11.30 am on Wednesday en route to Thika town. This was after several passengers alighted the bus at Witeithie area.

“I saw the bag that was zipped and I dragged it with my leg. On touching it I felt there was something inside. When I disembarked, I went and sat at Uhuru Park in Thika opposite the police station. When I opened it, I found some bundle of notes,” he wrote.

"Something was telling me to keep the money so as to settle some bills I had but I decided to talk to some of my friends. 80% told me not to keep it.”

“One mzee told me, Captain, I know times are hard and maybe today was your lucky day, but still maybe God used you to see this money because he knew it will be in safe hands so you can give it back to the owner. And I agreed with him. I also remembered that my parents told me not to eat what does not belong to me," he added.

He made a Facebook post asking the owner to claim it by describing the contents of the bag.

"A lady reached out to me and stated that the money belonged to her sister. The sister was set to rent a house and also buy some basic commodities as she started a new phase of her life. She passed the challenge by describing how the amount was stashed.”

"She also narrated to me how passengers confronted the conductor for charging us Sh100 rather than Sh80 from Nairobi to Thika. That's when I realized that it was her money," Captain added.

On Thursday, Captain posted a live video of him delivering the cash to its owner in Witeithie.

"Captain, this was a test and you have passed the exam. Whatever you are waiting for is soon knocking at your door," one social media user said.

“ maybe God used you to see this money because he knew it will be in safe hands so you can give it back to the owner...” Amen!

Captain my friend, this was a blessing from above n u returned it. Why why why, well i guess bars r still closed n people r not making smart choices without advice from bar tenders.

Can UHURU, RUTO,SONKO, Raila, WAIGURU etc. Do the same...please return all the money you have stolen.

While this is a good act by this young man, som dots not adding up. Looks like a pre-planned drama. I might be wrong but there is more than my eyes catches.