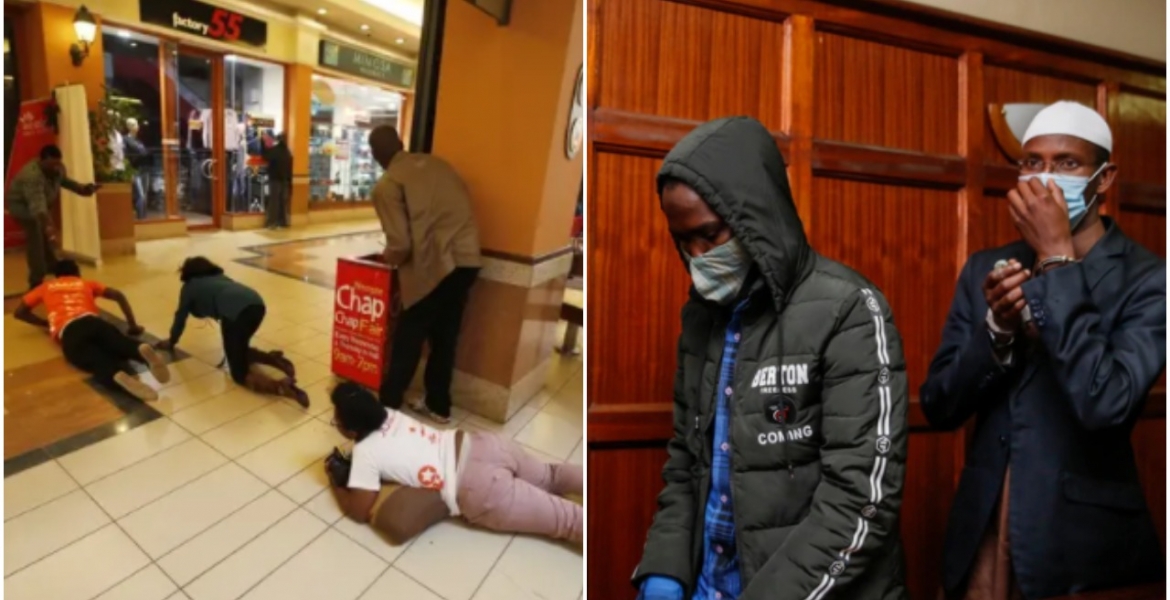 A Nairobi court has convicted two suspects in relation to the 2013 terror attack at Westgate Mall in Nairobi.

The two, Mohamed Ahmed and Hussein Hassan Mustafa, were found guilty of conspiracy to commit a terrorism act and being in possession of material promoting terrorism activity.

Chief Magistrate Francis Andayi said the prosecution proved that Ahmed and Mustafa were actively involved in the attack in which over 60 people were killed.

“I am satisfied that the prosecution has proved it's against the first and fourth accused persons on the respective charges facing them hearing beyond a reasonable doubt I find them guilty and convict them accordingly,” said Andayi.

Evidence showed the two were in frequent communication with the terrorists prior to and after the attack. The second accused person, Liban Omar Abdullah was acquitted due to lack of evidence.

“Considering the evidence, I will give the benefit of doubt to the second accused person, that the communication was done by his brother, it wasn’t a link for him to have conspired to commit the offense,” magistrate Andayi noted.

Ahmed and Mustafa, who have been behind bars since their arrest in 2013, will be sentenced on October 22nd.

Gunmen stormed the busy shopping mall on September 21st, 2013, and opened fire, killing at least 67 people and injuring over 150 others. Somalia-based Islamist terror organization, Al-Shabaab claimed responsibility for the attack.