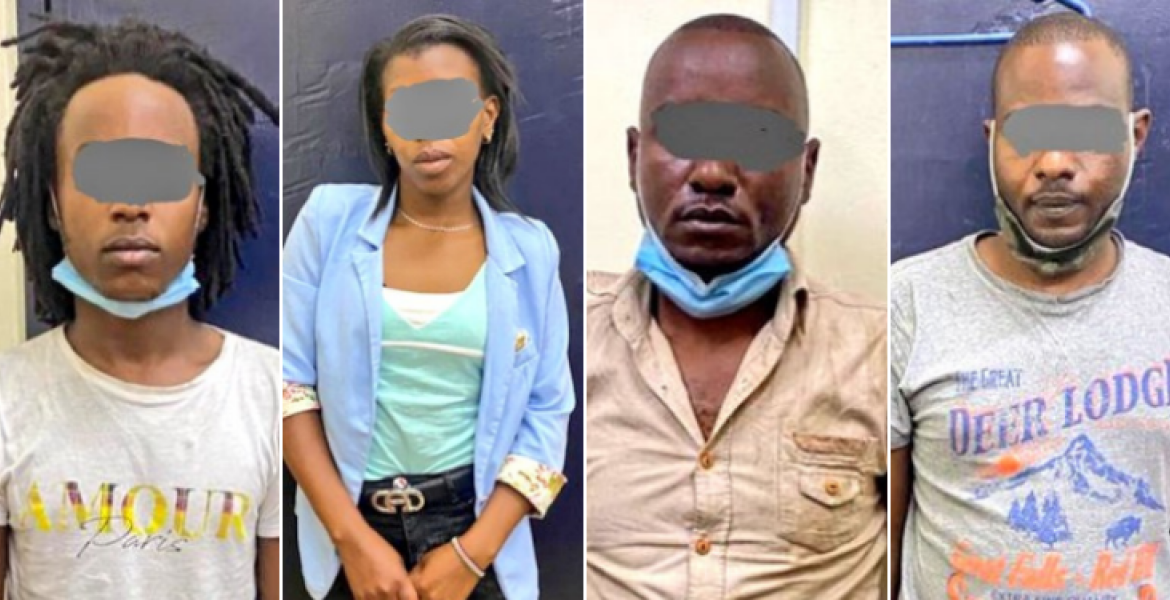 Four suspects believed to be part of a syndicate that has been luring victims through online dating sites before robbing them have been arrested.

The four, Bernard Mbunga, Fredrick Mutiso Mutua, Catherine Mumbi Kivuva, and Kelvin Nzioki, were nabbed by detectives from the Directorate of Criminal Investigations (DCI) in Ruaka, Kiambu County on Sunday.

Two of the suspects, Mbunga and Mutua, were busted at a house in Ruaka torturing a Turkish national. Also arrested in the same house is the third suspect, Kivuva, who is said to have lured the victim to the said house following an online date.

The fourth suspect Nzioki was apprehended at Ruaka Cooperative Bank ATM booth in possession of the victim’s ATM cards and pins ready to withdraw cash. He had also withdrawn some cash through the victim’s MPesa.

“It has since been established that the first suspect (Bernard Mbunga) was wanted after escaping through a perimeter wall in an earlier incident where an Indian national was robbed in like manner at Imara Daima, before recruiting the new team that has been nabbed today,” the DCI said in a statement.

A Cooperative Bank PDQ machine and assorted mobile phones were recovered from the suspects. The victim was taken to the hospital for medical attention while the four suspects were placed under custody pending arraignment in court.

Lock them up kabisa