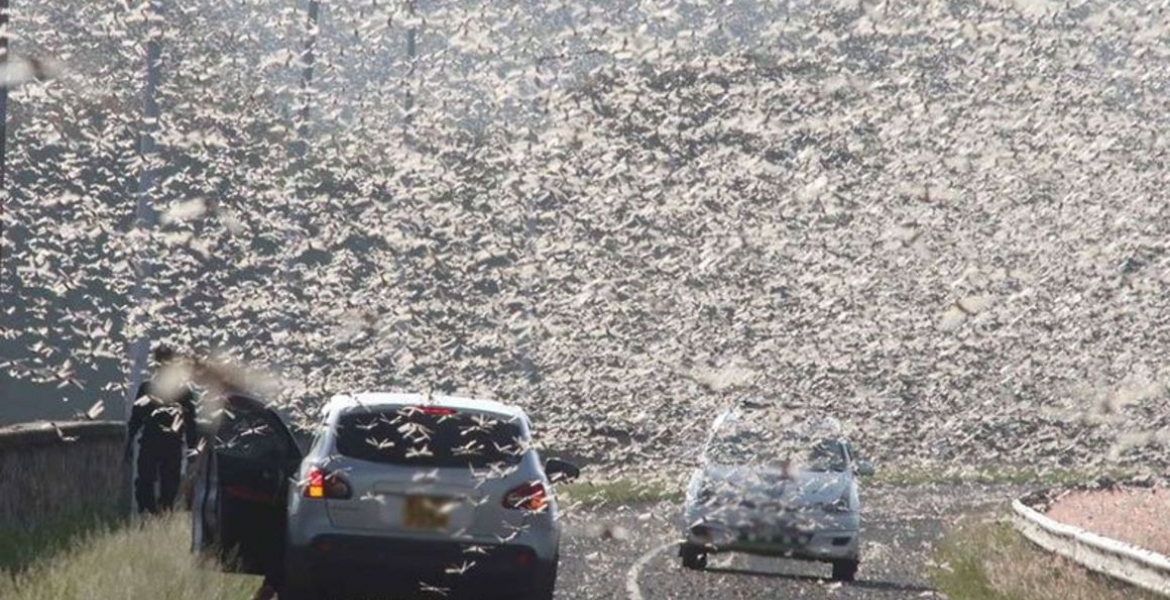 The Food and Agriculture Organization (FAO) has warned Kenya of a second wave of desert locusts invasion in November.

FAO, a specialized agency of the United Nations (UN), said a new swarm of the destructive locusts is on its way to northern Kenyan from Somalia, Eritrea, and Ethiopia.

In a report, the agency notes that the desert locusts which were wind-blown from Yemen will migrate to Somalia this month and Kenya in November. The insects travel at up to 90 miles a day.

“As winds from the north become established over the Horn of Africa, there will be an increased threat of swarm migration from Yemen, northeast Ethiopia and northern Somalia south to eastern Ethiopia and central Somalia in October and that could extend to northern Kenya in November,” the FAO report states.

“An increasing number of swarms has been reported in northern Somalia, including cross-border movements between northwest Somalia and eastern Ethiopia.”

At least 36 out of the 47 Kenyan counties were affected by the desert locusts in the first wave of invasion early this year. This was described as the worst locust infestation in Kenya in 70 years, devastating pastoralists and farming communities in the country.

FAO had warned that the second wave would be 20 times larger than the first although the current efforts to combat the pests have allayed those fears.

Yemen, a war-torn country, has done little in combating the locusts, leaving them to thrive and spread to other parts of the world.