US Dispels Reports of Imposing Travel Ban on Kenyan Leaders 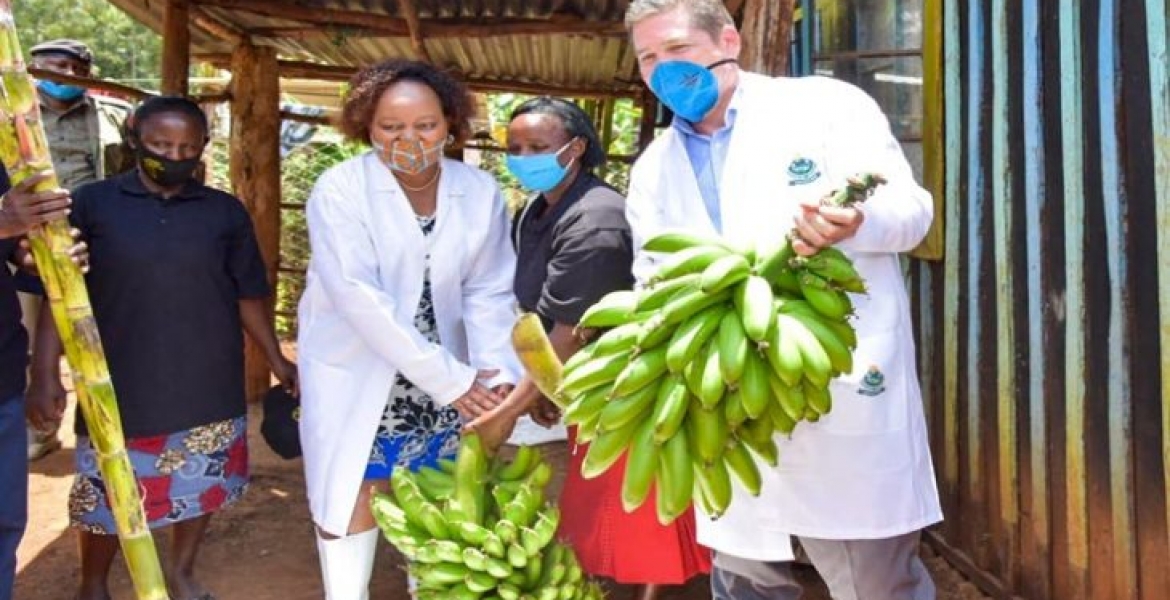 US ambassador to Kenya Kyle McCarter has dispelled claims that the American government is planning to impose travel sanctions on Kenyan political leaders.

Speaking during a tour to Kirinyaga County on Tuesday, Amb. McCarter clarified that a statement issued by US Secretary of State Mike Pompeo last week did not target Kenya.

“As far as am concerned there is no such a move by the USA these are rumors, I don’t know such information and personally I have no powers to do so,” McCarter said.

Pompeo in the statement warned African leaders against suppressing democracy and instigating violence in their countries. He noted that the US is watching closely and will not hesitate to impose sanctions on leaders interfering with elections.

“Repression and intimidation have no place in democracies. The right to peaceful assembly and freedom of expression and association are at the heart of a functioning democracy,” Pompeo said without mentioning a specific African country.

He added: “Adherence to these democratic norms and to the rule of law allows all citizens to engage in political dialogue and support their choice of candidates, parties, and platforms.”

“We will watch closely the actions of individuals who interfere in the democratic process and will not hesitate to consider consequences – including visa restrictions – for those responsible for election-related violence.”

Pompeo’s warning came amid rising political tensions in the country. About a week ago, two people were killed in Kenol town, Murang’a county after two political rival groups clashed ahead of Deputy President William Ruto’s visit to the area.

Be careful you stupid fool. Trump will fire you with a tweet if you continue disputing him. The warning was issued after political violence by Ruto.

No! the warning was issued after the "mahasira mingi" CS ordered his brain-washed police to throw teargas canisters inside the Church. You don't attack places of worship you crooked police! This goes against principles of policing, good governance and rule of law. That what shithole Leaders do. Crobbing Raias to stay in power.

@HAKI YETU: "...to throw teargas canisters inside the church. You don't attack places of worship ..."

Churches, mosques, and temples are fake buildings constructed by con artists to fool the weak minded people so that they can stop using their CREATOR-given brains at birth.

When I was a follower of the son of Mariam and Yusuf (Yeshva/Yehoshua) I read in the book of Matthew 6: 6-8, where he instructed people how to pray. He said, when you want to pray, close the door behind you and pray privately. Therefore, going to any place of worship is defying the order that Yeshva/Yehoshua gave and a waste of your time and money.