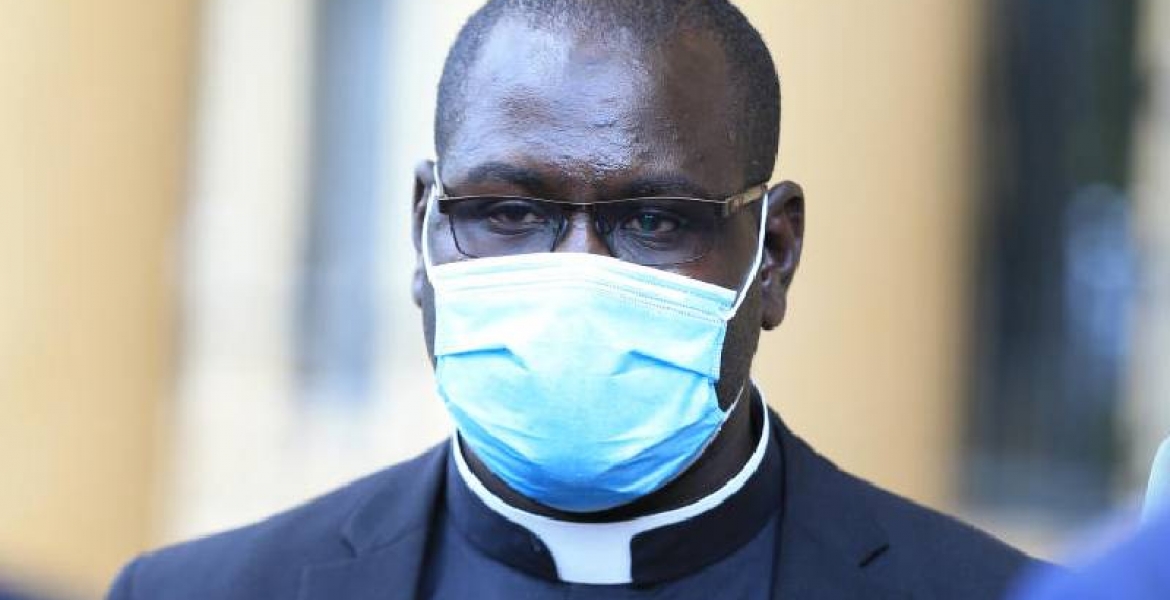 The case in which Rome-based Kenyan Catholic priest, Father Richard Oduor was accused of knowingly spreading Covid-19 has been dropped.

Director of Public Prosecutions (DPP) Noordin Haji applied to withdraw the case after the investigating officer  failed to produce witnesses nine times thus forcing the court to adjourn the hearing of the matter severally.

The case was withdrawn under section 87(a) of the Criminal Procedure Code which allows the prosecutor to file an application to withdraw charges against an accused person at any time before final judgement.

Father Oduor arrived in the country from Italy on March 11th and spent the night at Utawala in Nairobi before travelling home to Siaya county a day later where he presided over the burial of a close relative.

He later traveled back to Nairobi where he tested positive for Covid-19 and placed under quarantine after being admitted to the hospital with the bug's symptoms.

He was later arrested and arraigned at  Milimani Law Courts in April where he was charged with knowingly spreading the disease.

He was accused of failing to self-quarantine upon arrival in the country thereby transmitting the virus to several people as he moved around.

The whole story is incomplete.It would have been better if the writer also included the sections of law the Chuo broke.Kenya's parliament passed laws against deliberately infecting others with AIDs/HIV disease but I have never heard of any law on COVID-19.I fail to understand why/how Noordin and Kinoti can charge Oduor on unkwown/bush law but fail to do the same to kina Mutahi,Murathe,Mochache & Co COVIDGATE gangsters.

... there must be a Scientific reason, for the low infection, and death rates, from Covid-19, in Africa. I had narrowed it down to the BCG Vaccine, against Tuberculosis, which affects the lungs. It is banned in Western Countries, but it is still given to all African Children, born in Hospitals, at birth. Corona is still New, and we still don't know alot about it. It is unfair to Convict anyone, about something, which is yet to be really understood.