Tycoon Chris Kirubi Throws His Support Behind Push for Referendum 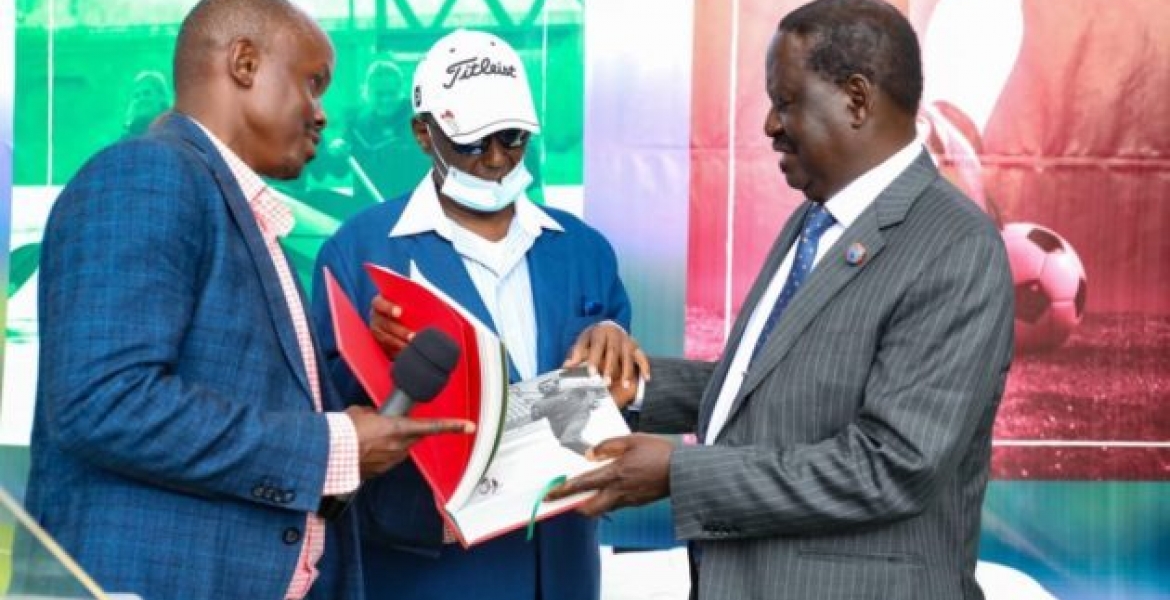 Kirubi declared his support for the initiative spearheaded by President Kenyatta and ODM leader Raila Odinga during an event at Two Rivers Mall on Thursday.

He further called on Uhuru and Odinga to fast-track the release of the BBI report to pave the way for a referendum to introduce changes to the Constitution.

"We are eagerly waiting for the report because it is overdue and it is something we support, ” Kirubi said during the function attended by Odinga.

Speaking at the same event, Raila reiterated his commitment to addressing the country’s socio-political and economic ills alongside President Kenyatta.

“Kenya does not deserve to be where it is today, we want a Kenya that is united as it is in our national anthem, that we shall dwell in unity, peace and liberty, and that plenty be found within our borders. But that plenty will not drop down like manna from heaven, it will come through the sweat and toil of our people, we need to give our people an opportunity to be able to be more gainfully employed,” said Odinga.

“BBI will bring us together, we mean well for Kenyans with the president,” he added.

The deep state says BBI a people driven exercise. But if you went down to the people to ask what is it they are expecting from it, no one seems to know. It’s because they genuinely don’t know what is in this BBI. The only people who knows what’s in it are the occupiers of the the deep state. To warrant a referendum, the common people must the owners of the articles of change. It’s the people who must know all that needs to change or enacted and not the other way round! How can a few people in government push changes through the populars throats? This is not what is called a referendum. It’s the deep states push to make and have it’s own cake!
We must reject such kind of boardroom or kangaroo conmandhip way of cheating a nation.

@guest 13....tells us what you know about the bbi for you to make a conclusion that it is useless and not helpful.Seems you are in the circle of the crafters please leak to the public some sensible material about that we the public can make a judgement unless you are a sugoi merchant spoiler.

Why do educated journalists address corrupt/thieves,like Kirubi as tycoons?It's unfortunate that majority of Kenyans who are fools might pass the amendments the way the voted YES to a Katiba they never read or understood.How come thugs Raila,Uhuru & Co.are campaigning for BBI if the report has not been officially handed to it's owners(Uhuru & Raila)?To me the so-called BBI is ZERO if it doesn't cut the bloated govt by half,abolish the idle senate and repeal the 1/3 gender rule.

The senate is the only one keeping this gova in check what are you smoking? The rest have been neutralized.

Ati atia?Even the number of constituencies and wards should be cut by half.The number of ministries should be reduced from 700+ to 25 only.Why should a poor country like Kenya have 700 ministries?Are you talking about the senate which was ordered by jambazi Uhuru to acquit the JEFF St trader,Mumbi of looting shs 10m.as allowances for ghost trip abroad?Jambazi Mumbi like other thugs should face the firing squad.When will Kenyans stop taking loans to pay idle legislators?AICI MAGATHIA

Opportunities grafters like Kirubi always see money first and not Country first. He has never understood why people die for the better life of others. He only see "chillingi" blink blinking all the way to the bank. Screw up to the sufferings of others. This BBI mantra is a behind- the-scene script that conserve political influence and family dynasty.The BBI will lay the framework where wandosi Children will continue to dominate poor Kenyans, country's resource & interest, power, politics and all areas of interest in many many years to came. Treat BBI just like any other poisonous food that is getting supplied to unsuspecting Kenyans by goons like Maina Kamurder.

We need to go back to basics and start reading books like. SHAMBA LA WANYAMA ETC.
Maybe Kenyans will wake up.