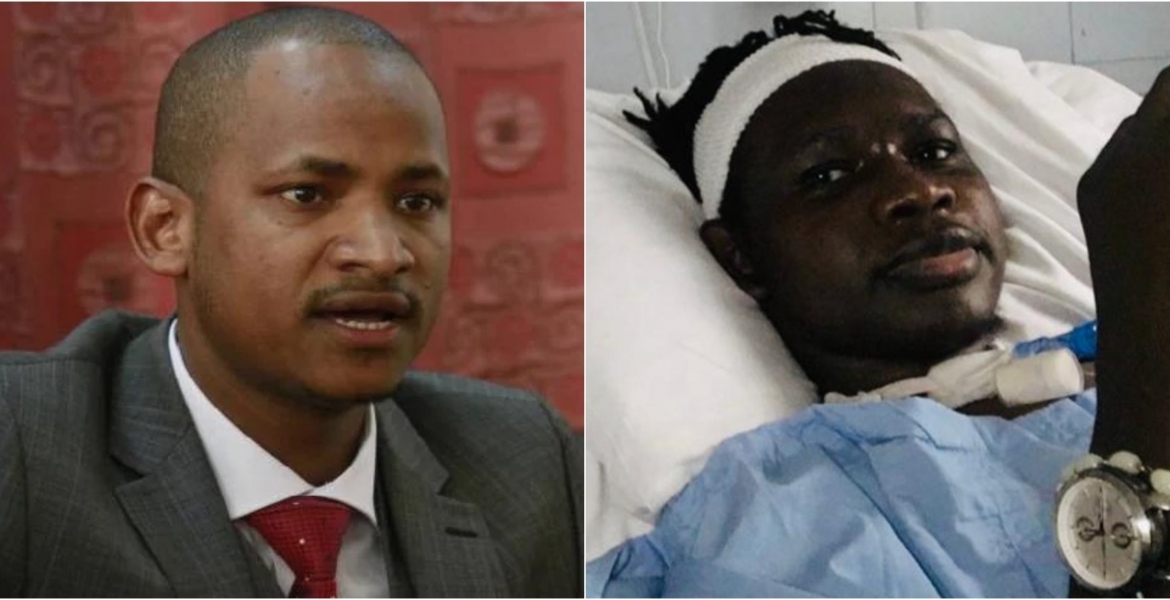 Reports that Felix Orinda, alias DJ Evolve, who was shot and wounded by Embakasi East MP Babu Owino, wants to withdraw a case facing the politician has angered Kenyans online.

Orinda through his lawyer Kenneth Mumbo filed an application in court seeking to have the attempted murder case against MP Owino dropped.

He says that after intense discussions with his family, they agreed he focuses on his health condition instead of the case against Owino, which he claims has affected his healing process due to divided attention.

On Friday, the court granted the prosecution’s request for more time to assess DJ Evolve’s mental state before withdrawing the charges leveled against Owino.

They are further seeking to establish the motivation behind the decision by DJ Evolve and his family to withdraw the case. The matter will be mentioned on November 9th, 2020.

Owino is said to have shot Orinda on the neck at B-Club in Nairobi’s Kilimani area on January 17th.

Orinda was admitted at the Nairobi Hospital for six months and underwent multiple surgeries before he was discharged in June to recuperate at home.

Owino was in January freed on a cash bail of Sh5 million pending the hearing and determination of the case. He pleaded not guilty to charges of attempted murder and disorderly behavior while carrying a firearm.

Kenyans took to social media to express their anger over the planned decision to withdraw the case, saying the MP should not be allowed to walk away scot-free.

@ougomandela said: “It wasn't DJ Evolve who took Paul Ongili to court, the state should ensure the criminal MP is jailed! @ODPP_KE we are watching.”

@GitahiRoy wrote: “I feel extremely sad about this but THIS IS KENYA. The politician or the Rich mess up the future of the youth but with a bit of money seek mandate again and the youth Cheer.”

@AliceNjeri254 tweeted: “Next tutaskia DJ Evolve life is in danger...you never know what he has been going through until he has decided to let it go.”

@IkeOjuok quipped: “There is overwhelming evidence that Babu Owino shot DJ Evolve and @ODPP_KE is duty bound by law to pursue prosecution. Kenyans are watching.”

@Ryan_Mucilih said: “I’m not a lawyer or does anything concerning law but this is IMPOSSIBLE. DJ Evolve has no legal right to withdraw that case without the STATE involvement.”

The only difference between between attempted murder and the actual murder itself is that the victim is still alive in the former.The intent to kill is still the same "action"Given this backdrop how can one withdraw the "action" of the perpetrator?

The only difference between between attempted murder and the actual murder itself is that the victim is still alive in the former.The intent to kill is still the same "action"Given this backdrop how can one withdraw the "action" of the perpetrator?
If we let the victim "decide "if and when the criminal should be punished why then have the court system?

We should punished the action that leads to "the murder" just because a person survives does not make the intent to Kill any less severe.We should not base purnishment on the victims LUCK to survive .