Shelve Your Ambitions and Allow us to Work, Uhuru Tells Political Leaders 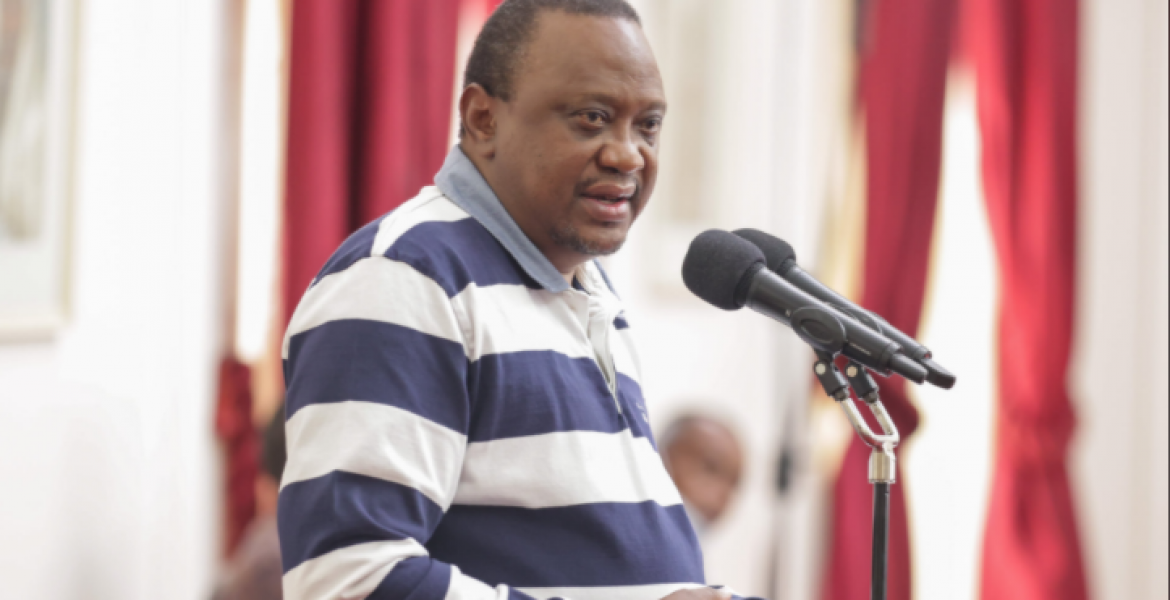 President Kenyatta has asked leaders to shelve their political ambitions to allow the government to deliver on its pledges.

This, Uhuru said, would allow the government to leverage on the existing tranquility brought about by the handshake between him and ODM leader Raila Odinga.

Uhuru spoke on Saturday at State House, Nairobi, where he hosted the entire leadership of parliament to discuss ways of prioritizing legislation that supports the attainment of the Big Four development agenda.

“There are certain bills out there that we really need to equally fast track. And some of them are either stuck in the National Assembly or stuck in the Senate or stuck in-between with a push and pull between the two parties.”

“If there’s something that’s going to prevent us from achieving that Big 4 Agenda, it will be these things (bills) which are important that we iron out so that we can actually get to our destination within the time period that we have all identified. That should be our key objective,” he added.

The press misquoted Kamau & Ngina's son,Uhuru who meant Kenyans should forget maendeleo and let the elite him loot to the last cent.What does he hope to achieve in two years if he failed in almost everything but managed to loot and re-circle the old thugs to EAT more?Do fooled Kenyans who take sides know that jambazi Uhuru led hyenas have looted one trillion shlings in 2019 alone without kina Rotich and Ruto although they also got their share?

Uhuru Kenyatta is a pathological liar, a thief and murderer.His family and friends a looters of public funds.

He needs to return all the public funds he has stolen before he can even make requests of any Kenyan.

Bw. President, shelve your BBI interest and work. By the way, that will tame Ruto.

You are the president. Stop blaming others and do your job.

But those others have become a distraction campaigning prematurely and giving free wheelbarrows causing you to happy and satisfied by the life you live; @ Kamande! It is you gullibles who will lose but not Uhuru!

Nakubaliana nawe.
I agree with you.

UHURU please wacha UJINGA.
You want to be left alone to loot more.
Your greed is more than a HYENA's.
You, your family, and your entire team have drained all the Kenyan coffers and you still want more.
Kenyans need real changes.Not this BBI Crap you and Raila keep PREACHING.
Kenyans need to do what Philippines did driving Marcos out of power.Or maybe it's time for a revolution.So wacha UJINGA.