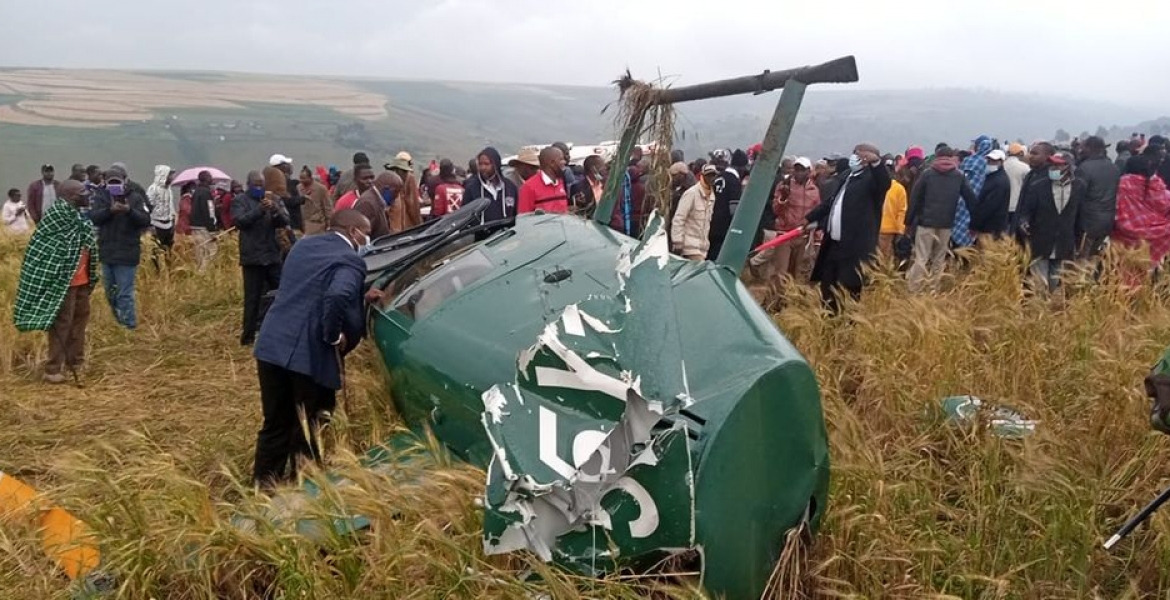 A video showing how a helicopter carrying Narok Governor Samwel Ole Tunai crashed on Saturday has emerged on social media.

The 59 seconds footage captured through a phone camera shows the green-colored aircraft struggling to take off from a wheat farm as villagers watch from a distance.

It then moves from one side of the field to the other before changing direction while flying low and appears to have taken off but it goes down moments later.

Tunai and four others including Narok East MP Ken Kiloku and the pilot survived the Saturday afternoon crash that happened at Melili area, Narok North sub-County. They were rushed to a nearby health facility for check-up.

Tunai and his team were flying back to Narok town after attending the burial of the late Mzee Tombo Ole Sasai at Olenkipejus.

The cause of the helicopter mishap remains unclear but the aircraft is believed to have developed mechanical problems.

Speaking to a local media house after the incident, Governor Tunai said he was headed to Nairobi for a check-up although he felt okay.

Both the Pilot and the Governor are very damn people. It is apparent the helicopter developed problems before take off yet the stupid damn pilot took off anyway without safety concern of his passengers. It is probably he was under pressure to take off from often erratic Narok Governor Tanui

I know this pilot still has his license to fly.

It’s very tragic to see that video. My condolences to the families that lost their loves ones. It’s clear from the footage that helicopter should’ve remained grounded. Either the pilot had no idea what he was doing or the helicopter had mechanical problems. I’ve flown small twin engine planes and if there any slight issue with the plane, that plane never leaves the ground.

Looked overloaded. He was ferrying too many fatties.