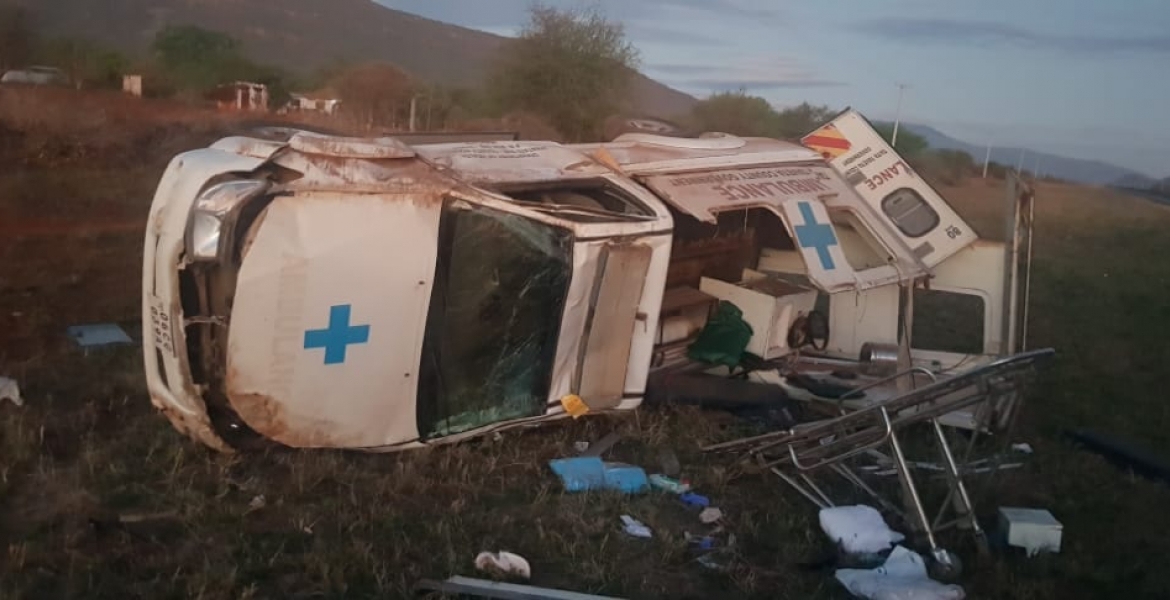 A patient was on Sunday morning killed after an ambulance carrying him was involved in an accident on the Nairobi-Mombasa highway.

The driver is said to have lost control of the speeding vehicle, veered off the road, and rolled several times, according to witnesses.

The patient was shuttled back to the Moi Referral Hospital with breathing difficulties where he unfortunately died.

The driver of the ambulance, a medic, and a relative of the deceased suffered injuries and are undergoing treatment at the same hospital.

Police have launched investigations into the cause of the crash.