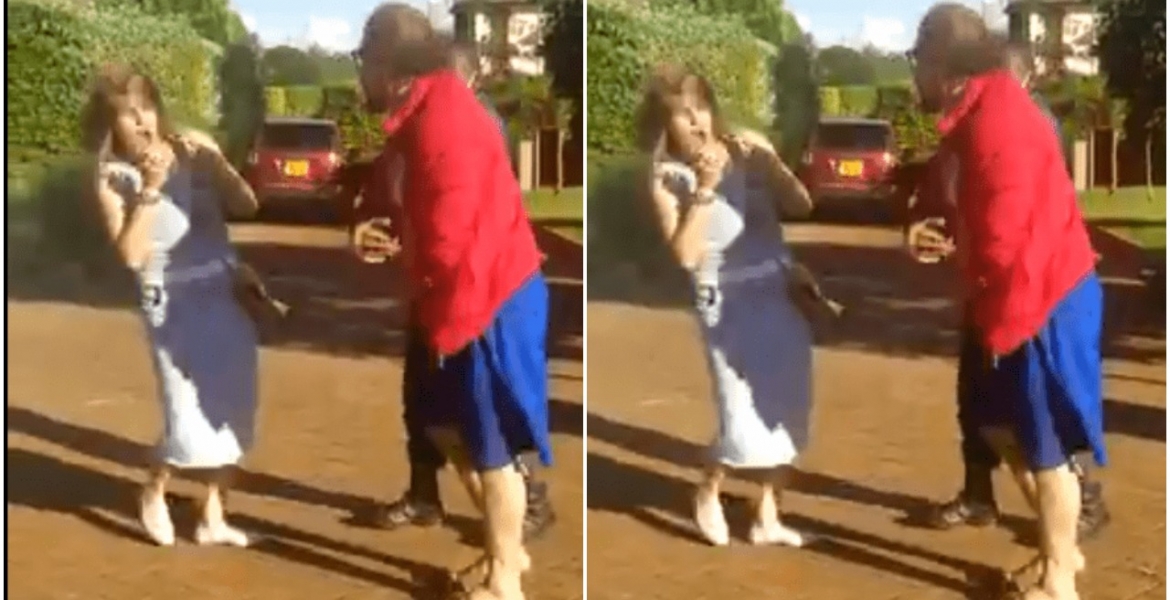 An Italian national who was videotaped assaulting a woman was on Monday arraigned in court following his arrest on Sunday.

The foreigner, Maurisio Montcalli appeared before a Kiambu court where the magistrate ordered he be taken to the hospital for treatment.

The court heard that Montcalli sustained injuries after members of the public attacked him during his dramatic arrest. He will be brought back to the court for plea taking once he is treated.

A video that went viral on social media showed Montcalli, a resident of Edenville Phase One on Kiambu Road, assaulting a Caucasian woman believed to be his neighbor.

Italian national living in Kenya caught on camera assaulting his neighbor, it is alleged that he is a drug addict that has been a nuisance to his neighborhood.#UhuruNaKazi #MondayMotivation pic.twitter.com/Ga3MHHnIgO

Montcalli, who is dressed in a red shirt and blue shorts, is seen hitting the woman who is standing before him with neighbors trying to stop him.

Hahaha Gotta love Italians. Dude was not going to let shorty have her way. He let her meet his five fingers. Kinda reminds me when Rick James slapped Charlie Murphy. I want to meet this guy.

A misogynist meeting a Mafia misogynist won't help a Thing. It will put the 2 in Cell.

Why don't we see this when its a white or indian assaulting a kenyan? Low self esteem?

Because Indians give Kitu kubwa to cover up.

I remember the day Jambazi/Adulterer Miami Shebesh was Kinderod by her boyfriend for touching his penis in public.As if Adulterer Kindero's slap was not enough the HEAT/JOTO/MURUKI driven JEFF Street trader was spotted entering STATE HOUSE by a GSU guard who immediately informed Ngina Muhuhu&Kamau(expired death minister).Muhuhu's daughter swung into action and physically ejected the dirty,smegma smelling harlot from STATE HOUSE.

that security man is an idiot