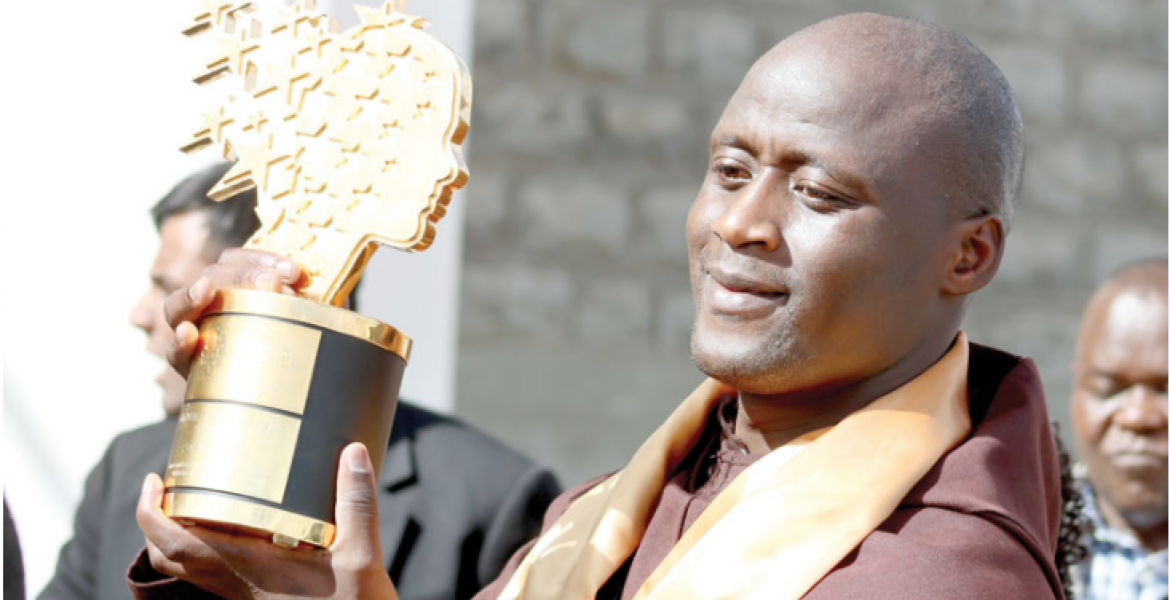 Peter Tabichi, the Kenyan teacher who won the world’s best teacher prize in 2019, has bagged another international award.

Tabichi, 37, was recently named the winner of the 2020 Ahimsa Award by the Trustees of the London-based Institute of Jainology.

He was awarded the prestigious global award for his work in reducing absenteeism in school, local violence, and educating the local community on how to grow drought-resistant crops hence improving food security.

“That Jainology is all about non-violence and compassion, is very dear to my heart as a religious man,” Tabichi said while acknowledging the award.

The Ahimsa Award is an annual award given by IOJ in recognition of individuals who embody and promote the principles of Ahmisa which roots for non-violence.

IOJ, which was established in 2006, represents 32 UK-based Jain organizations in government and inter-religious affairs.

Tabichi made history last year when he became the first teacher from Africa to win the prestigious Varkey Foundation Global Teacher Prize.

The Mathematics and Science teacher at Keriko Mixed Day Secondary School in Nakuru County was named the winner of the $1 million (over Sh100 million) award during a ceremony held in Dubai.

Tabichi, who beat nine other finalists who were selected from a list of 10,000 applicants for the global award, donates 80 percent of his monthly salary to help poor students.