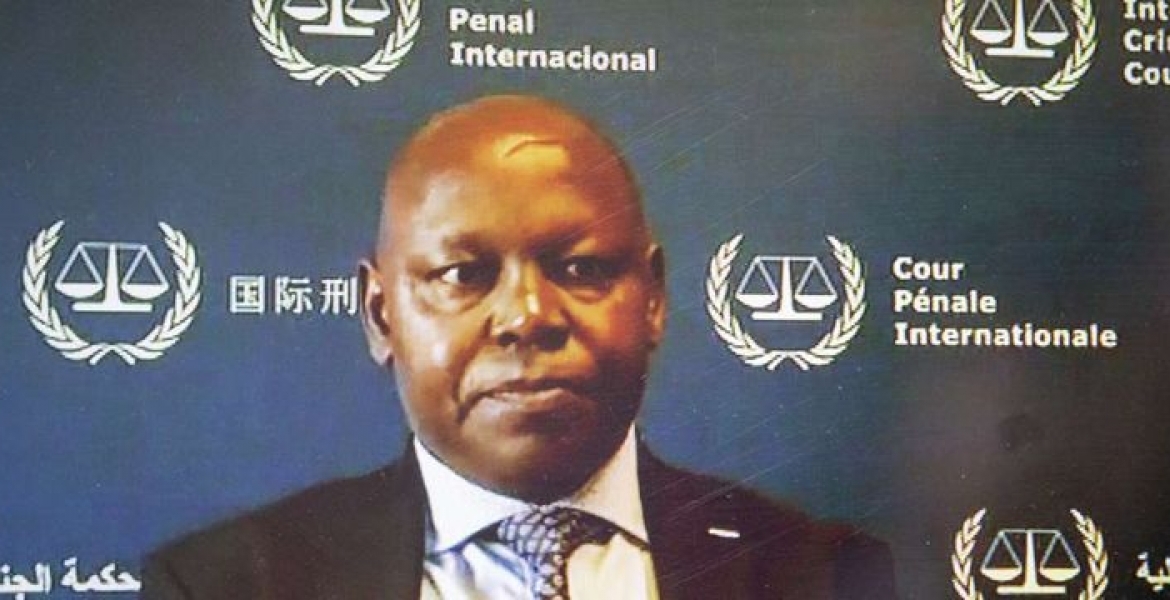 The International Criminal Court (ICC) is seeking the views of the Kenyan government on the request by lawyer Paul Gicheru for conditional release from detention.

Gicheru requested to be freed from the ICC detention when he appeared before Judge Reine Adélaïde Sophie Alapini-Gansou of Pre-Trial Chamber A on November 6th.

Judge Alapini-Gansou has given the Kenyan government until November 26th to present its views on Gicheru’s request.

The court wants the government to give certain undertakings to “enforce one or more conditions restricting liberty the Chamber could potentially impose.”

“In this regard, the Chamber specifically requests Kenya to provide observations as to its willingness and ability to facilitate the possibility of Mr. Gicheru traveling between Kenya and the Netherlands for the purposes of the proceedings in the present case,” the order states.

Gicheru surrendered himself to the Dutch authorities on November 2nd and was later transferred to the ICC detention center. This came five years after the court issued a warrant of arrest against him.

He is suspected of offenses against the administration of justice consisting of corruptly influencing witnesses.

Gicheru is believed to have bribed or attempted to bribe six key prosecution witnesses by offering them bribes and other inducements so that they could recant their evidence and withdraw as witnesses.

The withdrawal of the witnesses led to the collapse of the criminal case against Deputy President William Ruto and radio journalist Joshua Arap Sang, who were being tried over the 2007/2008 post-election skirmishes that led to the death of at least 1,300 people and over 600,000 displaced.

The answer is “YES”, they are going to kill him.

Lawyer Paul Gicheru will be dead before he exposes anyone in the jubilee government.
Not unless he is working for UHURU and his GOONS making it a mockery of justice.
But we will wait and see how it plays out.

Berlin Conference: November 15, 1884 to February 26, 1885
Today, it is exactly 136 years since The Berlin conference took place in Berlin, Germany. The purpose of the conference was to partition Africa among European countries.
The following countries were represented or sent delegates to the conference:
1. Austria-Hungary
2. Belgium
3. Denmark
4. France
5. Germany
6. Great Britain
7. Italy
8. Netherlands
9. Portugal
10. Russia
11. Spain
12. Sweden-Norway
13. Turkey
14. USA.
The partition of Africa was the second time the people of Africa had been victimized by the Europeans. The first challenging contact came earlier when the Roman Catholic Pope Nicholas the Fifth declared that Africans had no souls and therefore could be sold as slaves. The first African was captured and sold in Portugal in 1441. It is now obvious that Africans’ contact with Europe has not been to the advantage of Africans. Following 1441, millions of Africans became victims of the Atlantic Slave Trade. The process of slavery dehumanizes the victims and makes them feel less human. The late George Floyd of Minneapolis Minnesota killed by a policeman is an extension of the decision that was made by the catholic pope.
Before the Africans became casualties of the myopic European arrogance directed against them, the Arabs were the first non-Africans to buy and sell Africans in the Middle East and in Asia. In Basra, Iraq, the descendants of Africans who live there today are still called “eabd” the Arabic word for slave.

He is safer inside, than outside I guess.

Let him suffer the consequences of his actions.Arap Mashambs will offer him protection or kill him if he is released.He is entitled to his freedom and unless he assumes a new identity he cannot be “protected” forever.There is no honor among thieves.Those who live by the sword must be prepared to die by it.

Ruto will kill him before he sets foot on Kenyan soil.

What a damn question to ask Ruto if Gicheru should released from The Hague?? Ruto wants this guy like the day before yesterday so he can have him killed.

Ruto has already paid a killer to get rid of Gicheru before he lands back in Kenya! Ruto is probably working with other ICC prisoners to kill Gicheru while in ICC prison.

ICC can release gicheru but the guy will be dead shortly after his release!!

Gicheru is kidding himself to ask ICC to release him to return to Kenya.

He is safer in jail than any where in Kenya! They will kill him and burry him 9 feet deep in the ground! Gicheru must not be all that intelligent to request a release! Ruto is not your friend!!