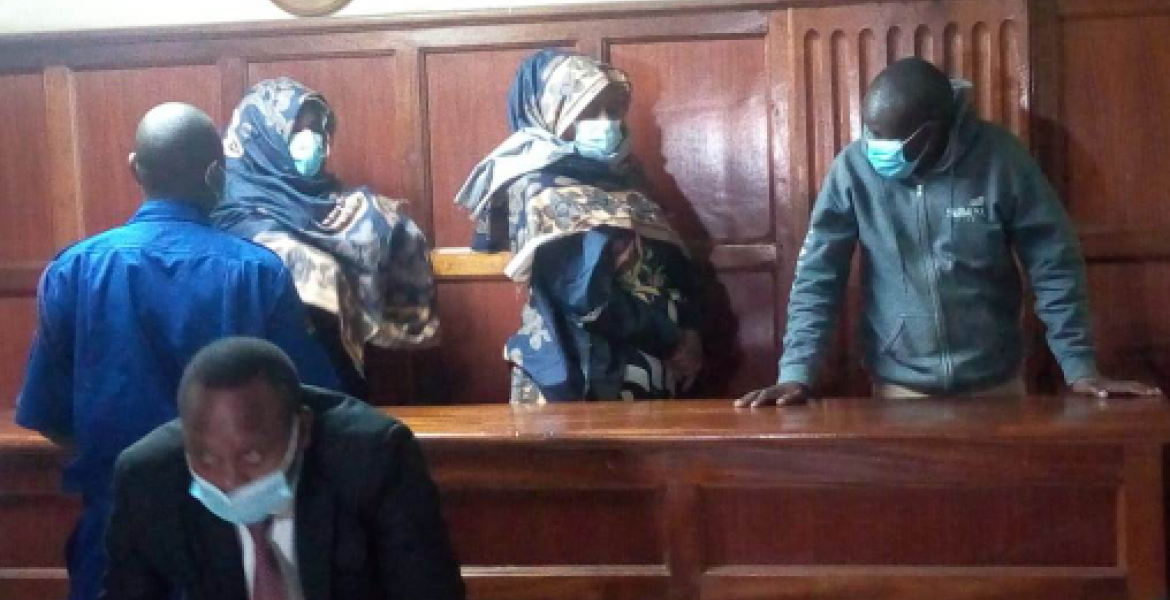 Three medical officers attached to Mama Lucy Kibaki Hospital have been arrested in connection with a child trafficking syndicate in Kenya.

The three, Fred Leparan, Emma Mutio, and Regina Musembi were arrested by detectives from the Directorate of Criminal Investigations (DCI) on Tuesday.

They are said to be part of a child trafficking syndicate exposed in an undercover investigation carried out and aired on BBC this week.

A Nairobi court on Wednesday directed the three suspects be detained at Kilimani police station pending the hearing of an application that will be heard on Thursday.

Documents tabled in court indicate that the first respondent was seen in the BBC documentary negotiating with an undercover journalist to sell a baby that had been abandoned at Mama Lucy Hospital.

The 2nd and 3rd respondents were roped in by the 1st respondent and officers believe the two are his accomplices.

Inspector-General of Police Hilary Mutyambai said a probe into the illegal business is continuing and more suspects will be arrested.

“In the course of investigations and operations, it is unfortunate that it was realized that senior medical officers in collusion with child smugglers are highly involved,” he said in a statement on Wednesday.

"To address the challenge countrywide, the IG has directed all county police commanders to closely work with the local children's officers and other local security agencies to immediately undertake investigations and operations on matters touching on child trafficking within their areas of jurisdiction, especially in local public and private hospitals and children's homes."

The undercover investigation by BBC revealed that children were being hawked off in Nairobi for between Sh50,000 and Sh80,000 depending on the gender.

Having been a spy for many years Nzioki must have known of one his rural/Ukambani governor's illegal human trafficking business in Middle East.Why didn't he report or arrest the governor who also pretends to fight corruption?

And you wonder how they build high rises and mansions with she 50000 a month salary. Now you know below the cover investments most of the so rich people do. Most rich people in Kenya are self made billionaire with alot of visible capital sources only in their brains.

Wait a Min, good guys finish last. You continue earning just your legal salary, paying all legal taxes and you will finish last

I hate to be a prophet of doom, but this is probably the first and last time that anything will be heard about this case. The three will deny the charges when taken to Court. What evidence does the prosecution have against them? The BBC story is not evidence, but hearsay, which is not admissible in Court. And the Kenya police are too lazy and incompetent to look for real evidence. The case will keep on being adjourned, as Police 'look for evidence', until the public loses interest, then it will finally end up being quietly withdrawn for lack of evidence.