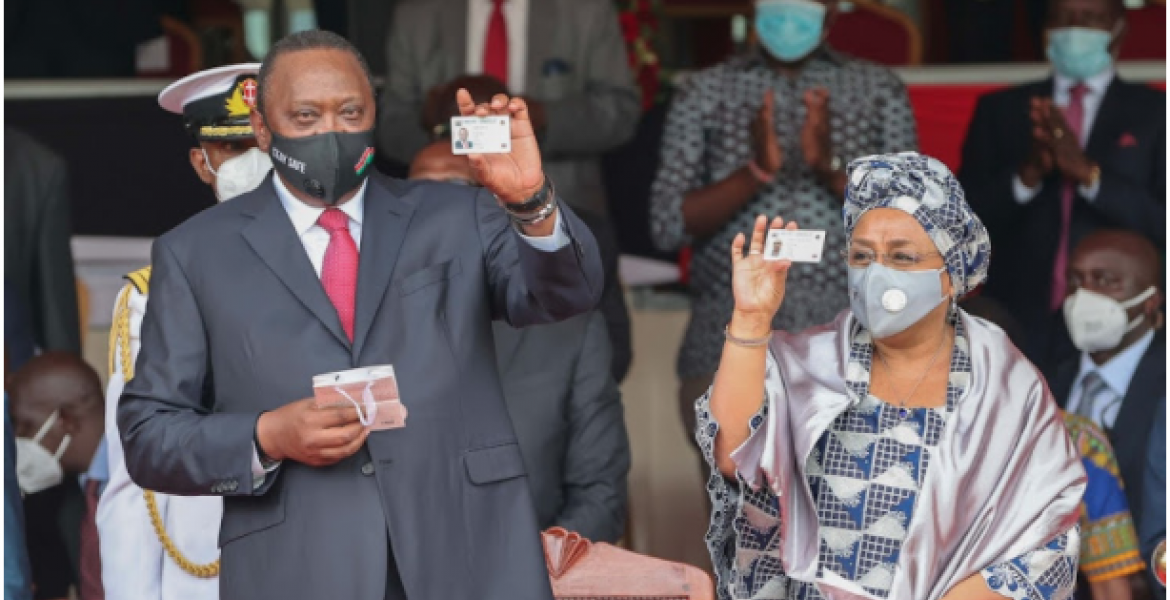 The government says that the current national identity cards will become obsolete on December 12th, 2021.

The national IDs will be replaced by Huduma Namba cards that will be issued to Kenyans starting December 1st, 2020, according to ICT Cabinet Secretary Joe Mucheru.

Kassait, who previously served as the Director of Voter Registration and Election Operations at Independent Electoral and Boundaries Commission (IEBC), took her oath of office on Monday.

In her new role as the Data Commissioner, she will be responsible for the enforcement of the Data Protection Act, which was passed in November 2019. She will serve for a non-renewable term of six years.

Interior CS Fred Matiang'i last month said the rollout of the e-cards was delayed by the absence of a Data Commissioner.

On Wednesday, CS Mucheru said Kenyans will from December 1st this year receive short messages (SMSs) notifying them that their cards are ready for collection. Those who get SMS will be required to pick up their cards from designated centers within 30 days.

“Only the Huduma Card will help you get services from the government from December 12th, 2021,” he said.

Someone please tell Mr. Uhuru and the First lady that those masks they are wearing with vents are useless unless worn over a surgical mask. They only protect the person wearing them and not anybody else around.

How can a broke country like Kenya up to our eyes in debt keep spending billions on white elephants? Why are our priorities so misplaced?????????

@mumbi remember Kamreshi/Moi golden-berg scandal it is its follow up since . Even BBI is a scam . when we think we are rising beyond theft robbery without physical violence we are hit yet again with mental violence all our efforts to work hard to make ends meet we are hit by extra taxation collected tax money and borrowed money ends in individual pockets in the name of projects or nominations . think of how many boards we have and who are the members the old and stinking rich . how long can we accept this. it is not only our right to demand accountability but to keep on fighting for our rights

But why does the Huduma card have a bank chip in the back?

Why is the government lying about the card?

It’s a debit and or credit card.

It’s not an identification card.

The government needs to be sued.

Mumbi,
So they can eat in the name of projects. We have probably 500 "level 5 hospitals" under construction, while none of the existing ones has any medications or appropriate staffing levels.
But it's our fault.You get what you pay for and you get what you voted for.

This guy and his people need to leave the office. Every nation in the world has identification but Kenya government wants to introduce this nonsense. IDs should not be obsolete, leave them for non-Kenyans nationals. What’s even more irritating is they only giving people 1 yr to get this huduma card in the midst of this pandemic. Smh
I’m thankful to be living in the US where the government doesn’t change sh*t on it’s people on a whim. Several years ago the US government introduced real IDs but American citizens. They did not make other IDs obsolete.