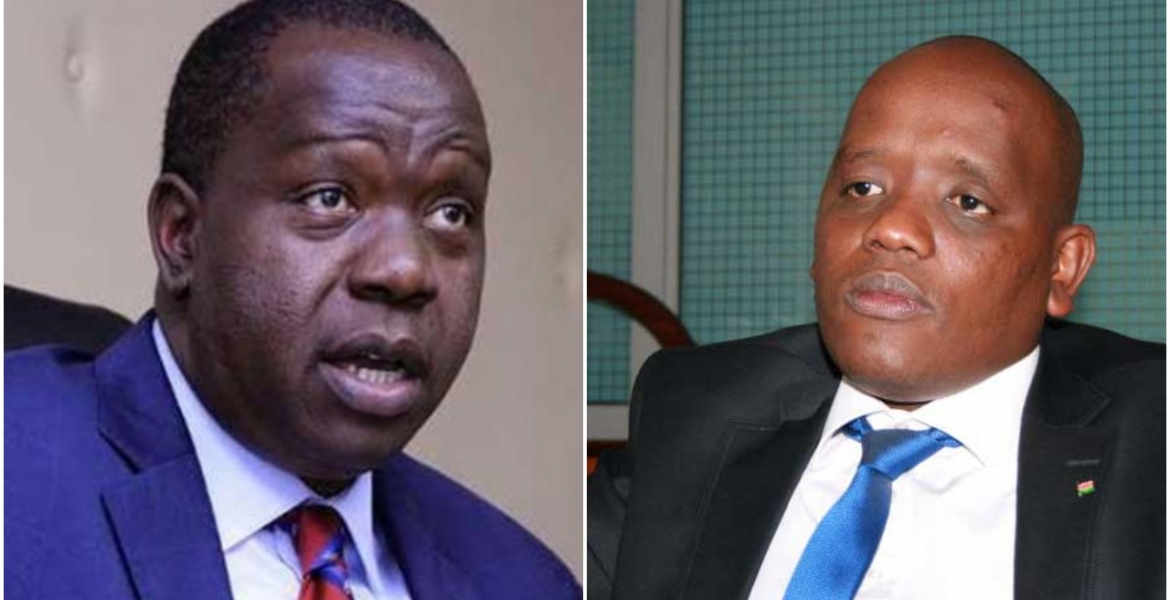 Itumbi, formerly the Director of Innovation, Digital and Diaspora Communication at State House, has filed an application at the Milimani law courts and wants it certified as extremely urgent.

He claims that Matiang’i, who he has listed as the first respondent, oversaw the illegal payment for the 13.5-acre parcel of land which led to the loss of taxpayers’ cash amounting to Sh1.5 billion.

Itumbi argues that Matiang’i initiated the process of compulsory acquisition of part of L.R No. 7879/4 situated in Ruaraka for the benefit of two government schools—Drive-In Primary School and Ruaraka High School.

The first respondent, Itumbi claims, disregarded the recommendations of a Quality and Standard team, which established that the land in which the two schools sit was public land and no compensation should be paid.

The team indicated that two companies, Afrison Export-Import Limited and Huelands Limited, had no basis to demand compensation for the parcel.

Itumbi seeks to be allowed to conduct private prosecution to prevent what he termed as an attempt to stifle the criminal justice system.

He also named the Director of Public Prosecutions as the second respondent while the Ethics and Anti-Corruption Commission (EACC) has been enjoined as an interested party.

“Demonstrable grounds exist for believing that a grave social evil is being allowed to flourish unchecked because of the inaction of a pusillanimous Director of Public Prosecution and Office of the Ethics and Anti-Corruption Commission who are guilty of a capricious, corrupt or biased failure to prosecute the 1st Respondent,” the petitioner says in an affidavit.

In 2018, the two companies owned by businessman Francis Mburu were paid Sh1.5 billion by the Ministry of Education, through the National Land Commission, as compensation for the land. Matiang’i was in charge of the Education Ministry at the time.

The High Court last year ruled that the property was public land, hence the compensation was illegal.

Lock the big head nigger up bwana matian’gi! This fried egg is not a no body! Weka huko ndani.

You should not entertain nonsense from a DP Ruto tud!