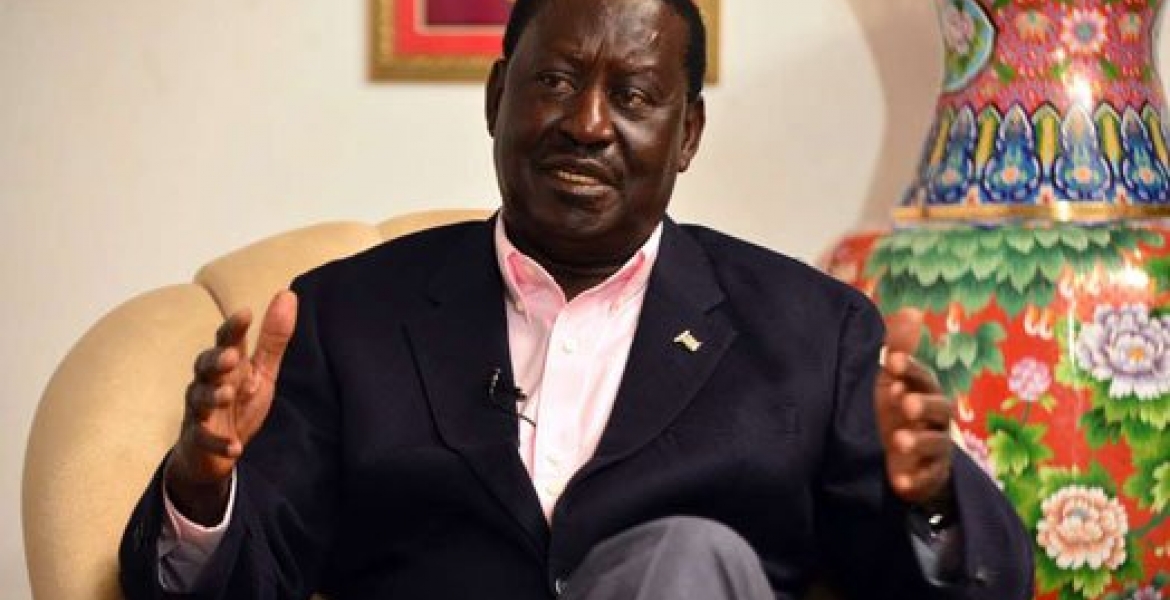 ODM leader Raila Odinga has dismissed claims that he has a tendency of not accepting election defeats.

Speaking during an interview with Daily Nation, Odinga noted that he has always conceded defeat whenever he lost, giving the 1997 presidential election where he was defeated by the late former President Daniel Arap Moi as an example.

“Whenever I am defeated, I always accept. I was defeated in 1997 by Nyayo (the late President Daniel Arap Moi) and I accepted,” Odinga stated.

Odinga defended his decision not to accept defeat in the 2007, 2013, and 2017 presidential elections, insisting that he was the winner of all three contests but he was rigged out.

“You may want to recall that the Supreme Court voided the presidential election results in 2017 because the electoral commission never followed the law. In 2013, the court ruled against us on the basis that our evidence proving electoral malpractices was time-barred yet it is the IEBC that dilly-dallied with supplying us with the same, so how do you conclude that I was defeated? You well know what happened in 2007 and how we ended up with a coalition government.”

Ok Raila, let the bygone, be! People may think you are not fit for presidency if you keep leaking your old wounds! Let the old things be and focus on the prize ahead........... 2022!

Folks we may learn something here,from someone who knows first hand how rigging is done,and how it could be avoided in future.
Could Rao tell us if the electoral board is on track now,and if not what corrective measures should be taken to effect it?This would be a great public service from a true Patriot.If we don't have faith in the outcome of our election s,or it's process, what would be the point having it?

@Maxiley.We should certainly expect that come 2022.He will be defeated by Uhuruto team again. We can expect that he will refuse/deny that he lost the election. We should expect that it is the courts once again who will have to validate the vote of the people and standup to him. What a mess of a politician he is in this regard. The thing is if he were ever in power. He would just as likely deny/refuse to accept defeat(in elections that go against him) and that my friends is the recipe for chaos in Kenya. And we should never allow him to put the country in that position. May there always be peace in Kenya.

Watch out Raila not to incriminate yourself with the dirty events of 2007 post election violence! Soldier on and hope that the future will reward your efforts!!

Whiners can never lead others. It is time for Raila to move on.

The paradox of power is that it detest those that would do just about anything to have it. Raila, your failure/inability to accept defeat in elections is your political handicap. Go figure that.

Rao u lost consistently just like Adonijah the patriarch. Losing follows the bloodline. That's ya destiny until u repent. Hand over to another bloodline 4 community's sake

Raila! Everybody knows you Won the 3 Elections. But you've been Betraying yourself and your Followers for All this Time: Dining with your Enemies than "Feeding them with Long spoon."

The only person that is has good vision for is Doctor Koni Hanene. Although it's most likely he can never be elected as a president of Kenya due to tribal affiliation, especially on central Kenya where people have short memories and would rather elect people that have their blood in their hands and also due high level corruption that dominates Kenya's pollical spectrum. Dr. Hanene's deep understanding of Kenya's politics and the fact he has what it takes and what Kenya needs to turn things around makes him the best person to succeed Uhuru Kenyatta

@otieno - really, really, and reallyyyyy! What have you been smoking lately?? Opium, Mira, real bangi, meth or worse!!

Hanene does not qualify to be elected as an MCA or junior local chief of the house next to his house! Leading people is more than vomiting useless words which means nothing.

I end up throwing up every time I read hanene’s crap here! The dude have serious mental issues to say the very least! He is a sick man who should be committed to a psycho ward!

Ndando, read between the lines. If it walks like a duck, quacks like a duck, and looks like a a duck, it is a duck. Oyugi Otieno is Dr. Hanene posting using a different name.

@settled nomand! So this bitch hanene is the one writing here in the lucifer’s second person! Now you talk about a mad man!! There was a time he used to address himself as “Chris”! Surely this ass hole is damn crazy!!

@oyugi - the central people move on quite fast and don’t keep hanging on the past silly issues as you can see your god father Raila doing here!

Talking about consistent loses will not make Raila president! As a matter of fact, too much talk of that past by Raila will automatically make him lose tin 2022.

Raila cannot become president without central Kenya. And central may have to hold on the noses to vote for Raila by ignoring his role in the 2007/8 post election violence which claimed thousands of innocent people’s lives! So our intentional short memories may benefit Raila and oyugi!

I still wonder who Raila and Ruto bore the greatest responsibility in the death of Kenyans in 2007? But I think Ruto was more directly involved in the killings especially in the Rift Valley! So, no wonder Ruto still got a pending case at The Hague!

I know you people from Central Kenya have problems understanding and English language and I don't blame you because English is an alien language in all of Africa. To put what I was saying in layman's term Raila Odinga or someone from Nyanza will be the next President of Kenya. I do not know Dr. Hanene in person but I know his scientific contribution. Him and James Orengo are sons of Nyanza and I am extremely proud of them. Reggae will not be stopped. The hatemongers in this forum should know this are different times!!!

Ok @hanenekoni.com! Glad you fully understand your grandmother’s language, the queen of England! We don’t need a smelling rat with a stolen PhD to explain the mechanics of the English language here!

Just look at your last sentence before you starting bitching others over how they understand the English language! Just be a “man” and accept that otieno oyugi is a wishful thinking name for hanene koni!

You can’t tell the people of central that their lives are dependent of how perfect they speak or understand English! Is Meru where you come from not in central?? And let us assume you are a oyugi, what the hell is so unique about Nyanza? HIV??

Your own coward father was a damn home guard who betrayed those who fought your white British uncles to attain Kenya’s independence. And now you want to be the next president of Kenya?

“The hatemongers in this forum should know (THIS ARE) different times”! Very nice for an expert in the English language @koni! Your writing not mine @hanene!

This trick of praising yourself using another name will not work here, Dr. Hanene.

The biggest problem Kenya has experienced for a long time is the art of selfishness by its own citizens like what you see here with a full fledged PhD holders (Koni) writing about himself in a pseudo name of oyugi. Hanene’s interest is to get to the high table so that he can exploit the ordinary Kenyans through systematic corruption and thievery. Koni have no desire to serve those who may vote for him. He is just looking for a window of opportunity in some elective office so he can exploit all Kenyans without regard or shame!

May be Raila should turn himself in to the ICC if he seriously want the Presidency.

Raila and Ruto are like twin Siamese brothers because they both play politics from the same old scrap book! The only difference is that Raila is getting better with Uhuru’s help!

Nothing personal but you now want innocent people to start fighting about bygones? You need more innocent blood? Really???? But then again, who knows what you do with it

Well, he is emulating the 'abroad/land of the free chief whiner' who has won all States he lost but has no complaints on the ones he won. There is a window for revisiting this matter now i guess, just to see if, anything.

I’m not yet sure which one of the two evils (Ruto and Raila) would be a better choice to lead Kenya after 2022.

Both of them have generally sabotaged Kenya’s foundations of democracy and freedom ever since they stepped into political landscape.

Both are winners who think about their interests than those of the Kenyan people! We are just screwed to have both of them lying to our faces every single day.

I think the question to ask is. Who of the two can better safeguard peace in kenya? It seems to me that on this score, Ruto is a lesser evil than Raila.

I have a feeling you are talking about Isaac Ruto, and not William Ruto who is solely responsible for the blood of over 1500 people killed in Eldoret in 2007 post election violence.

Have you ever heard of Juma, Mwikali, Yebei, Kenei, musando, Muteshi, and so many others who died for William Ruto to cover up the evidence of his involvement in the Eldoret massacre!?

So, I think you are mistakenly talking about the other good Isaac Rutto. Ya, the names can be confusing!

even donald Trump worn in 2020

The problem with all politicians is the definitive nature of the way they perceive the dummies who religiously follow them around without a speck of independent state of mind to think in a reasonable manner! No wonder you have losers across the globe living in denial of their election loses.