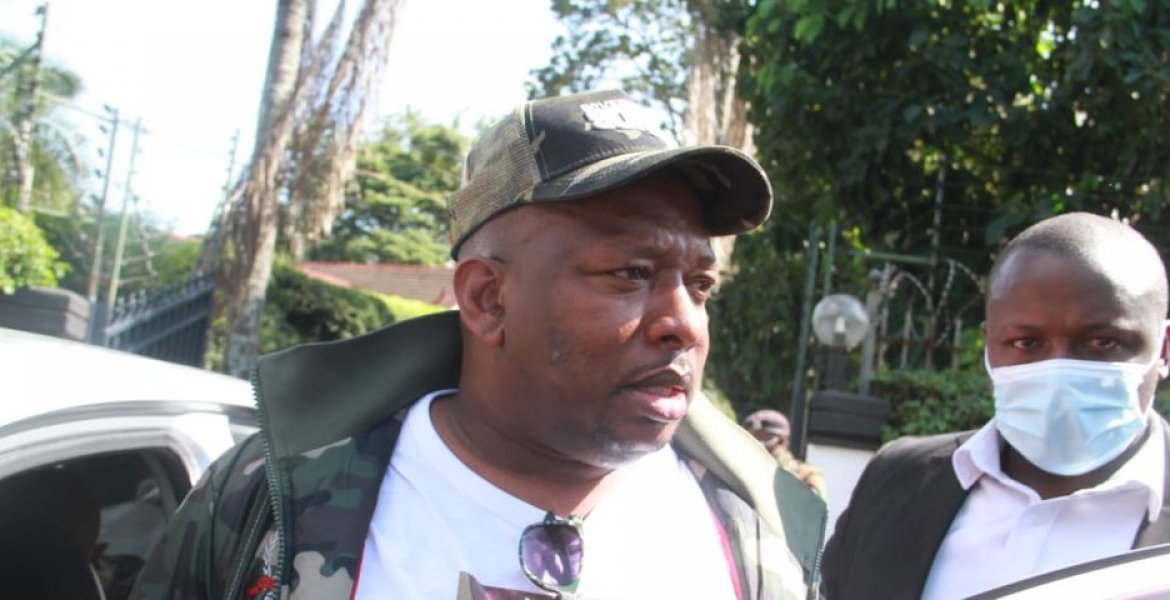 Police on Monday fired teargas to disrupt a meeting attended by Nairobi Governor Mike Sonko and a section of city MCAs for flouting Covid-19 protocols.

Governor Sonko was briefly arrested and detained but was released after demands by rowdy MCAs.

The leaders were meeting at the home of a city tycoon at Riverside estate in Lavington, Nairobi before law enforcement officers stormed in.

While the agenda of the meeting remains unknown, it is believed the group was strategizing on how to block Sonko’s impending impeachment.

Sonko is exploring all means to stop the planned removal after a notice of motion of impeachment was filed in the County Assembly last week by Kileleshwa MCA Michael Ogada.

Sonko has written to the Speaker of the Nairobi County Assembly notifying him of an existing court order barring his removal from office.

“By your purporting to process a fresh impeachment motion against Hon. Mike Sonko Mbuvi while these proceedings are pending, you have committed an act of intentional disrespect to these judicial proceedings…which constitutes contempt of court,” the letter from his lawyer Harrison Kinyajui reads in part.

But the speaker insisted that the said order does not apply to the current impeachment process, arguing that the mover of the motion and the grounds listed are different.

Sonko is expected to appear before the assembly next week to defend himself against the accusations leveled against him.

MCAs will then vote to approve or reject the motion pushing for his ouster.

Sonko is bribing the MCAs not to impeach him! I don’t think it will work this time around. Sonko is going home!!

Sonko is bribing the MCAs(Minor Cheat Associates) into nit impeaching him. This is an opportunity for the MCAs to move Kenya forward. Sadly, they will take the payments from Sonko. And the games continue!

Sonko bribed the Maraga’s courts long before he attempted to bribe the MCAs. He knew all the childish drama will end up on the foot steps of Maraga! And yes, the court has now stopped his impeachment motion. Maraga courts are graft ridden; they never cease to work against the will of the people.

Sadly Josh, Kenya is a banana republic. I pray that peace is upheld the day citizens have finally had enough. I don’t think I would be peaceful at all. Allah says peace to your neighbors but they are really pushing it!!

Why is this goon still in the office. He should have stepped aside the minute he was indicted. This is all a game. Throw him in jail and throw away the key.

Good question @maxiwell!! The court is enabling goons like sonko to keep on abusing the system! Kenya has the worst “ass” in the useless court system!

The court is minting more political criminals like Sonko by stopping justice to be done; let alone the appearance of justice being done! Maraga has doomed the judicial system values and it will take generations to fix the mess he has created.

Why should we have the courts if they can’t do what is right by the people?