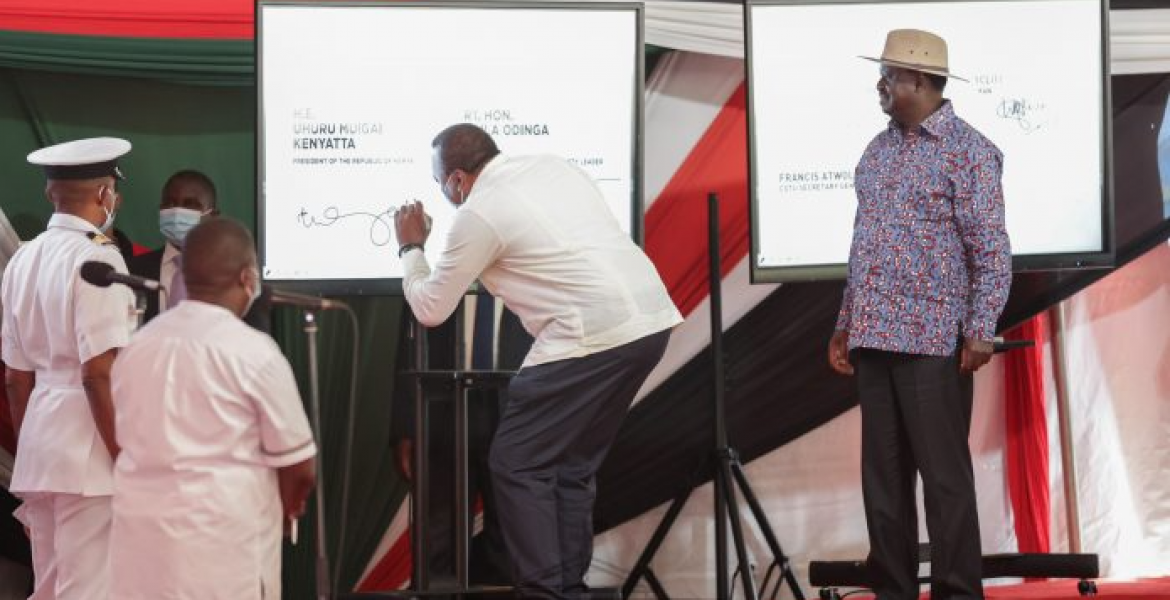 Over 1.5 million Kenyan voters have endorsed the Building Bridges Initiative (BBI) referendum bill four days after the collection of signatures was launched.

This was announced by the BBI Secretariat joint secretaries Junet Mohamed and Dennis Waweru during a media briefing on Monday.

The two expressed satisfaction with the kind of reception the bill has gotten from Kenyans, saying they expect the signatures to pass the two million mark by the end of today.

“…we have every reason to believe that we will surpass two million by the end of today (Monday). We, therefore, project that we will be done with the exercise by end of the week and move to the next step,” they said in a statement.

The constitution requires a referendum bill to be endorsed by at least one million registered votes, which must be verified and approved by the Independent Electoral and Boundaries Commission (IEBC).

“Making the country’s constitution is a patriotic duty and not a political campaign. Therefore, we would want to once more emphasize that no citizen should be left behind,” the secretariat added.