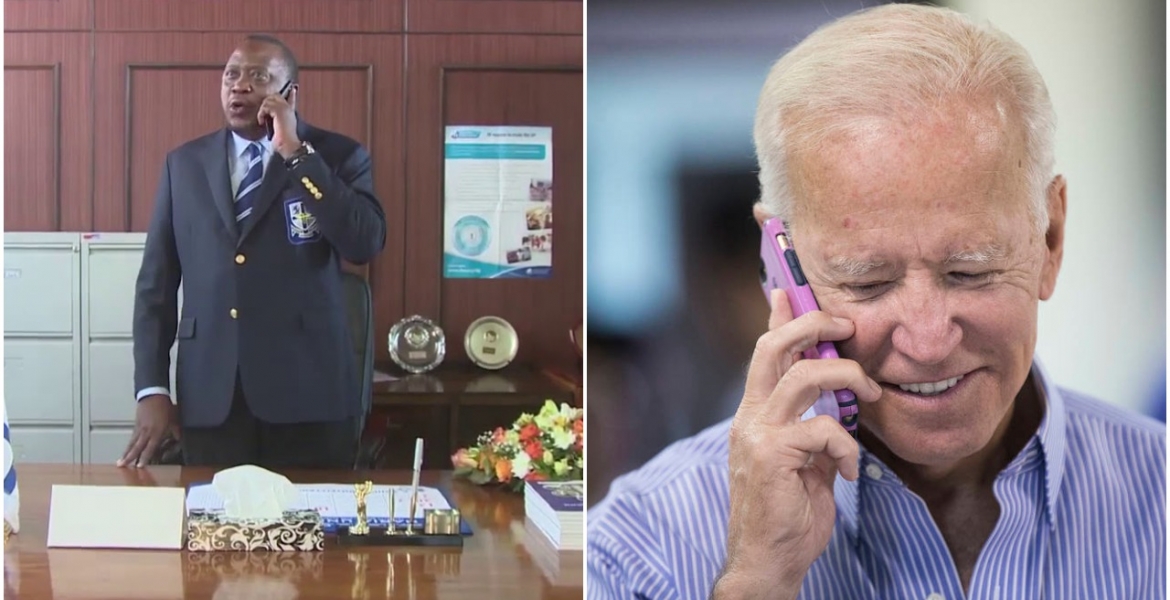 US President-elect Joe Biden on Tuesday phoned President Kenyatta to thank him for congratulating him on winning last month’s presidential election.

"The president-elect offered his gratitude for President Kenyatta’s congratulations and expressed his appreciation for the strong and lasting ties between our two countries," Biden’s transition team said in a press release.

In a statement on November 8th, Kenyatta termed Biden’s emphatic victory against incumbent Donald Trump as an indication of the faith the American people have in his leadership credentials.

“Americans have spoken loudly and clearly through their votes by picking a highly experienced, colorfully decorated, and long-serving leader to become their next Head of State,” Uhuru said.

Uhuru further described Biden, 78, as a friend of Kenya who helped renew US-Kenya ties during his tenure as the US Vice-President between 2009 and 2016.

“His win, therefore, presents an even bigger and better platform for our two countries to collaborate more closely for the prosperity of the people of our two nations,” added Kenyatta.

"He [Biden] conveyed his interest in building on that partnership across a range of issues, including by tackling the threat of climate change, supporting refugees and their host communities, and addressing challenges of regional security and instability," the transition team added.

No mention of that ill conceived trade deal that Trump was forcing you to bend over for? You are lucky Biden does not do that stuff.

How do you know whether Biden can do such stuff or not?

Biden is not obsessed with shit holes. Trump is known to talk about them.