Ruto Wants BBI Referendum Held Together with the 2022 General Elections 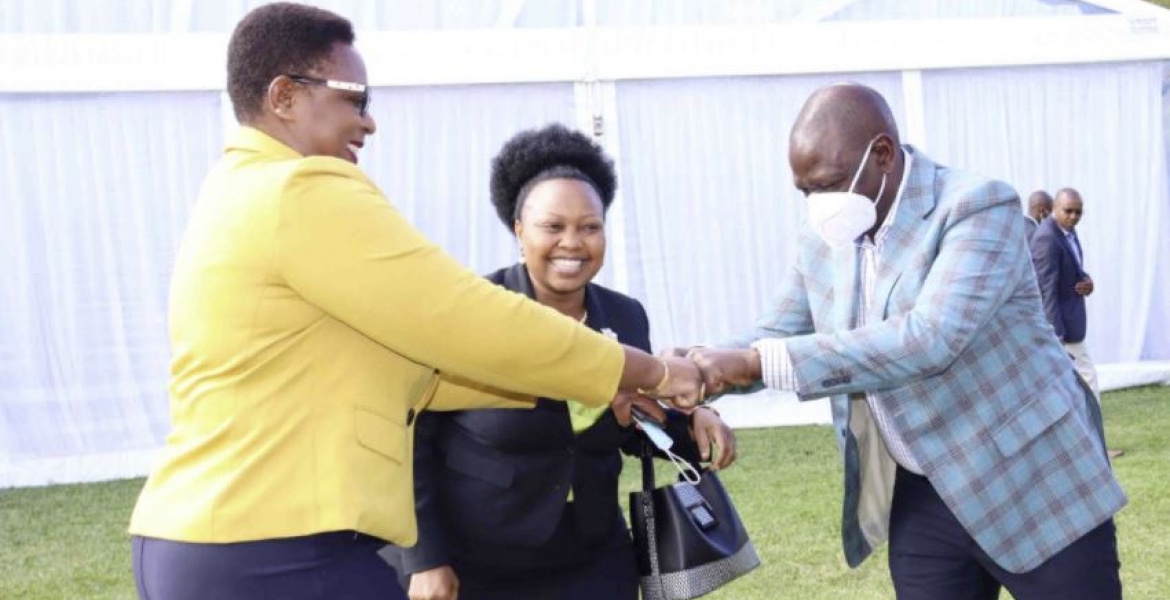 Speaking on Wednesday, Ruto and his allies argued that holding the plebiscite in 2022 will pave the way for consensus-building in addition to saving public funds.

The leaders questioned why the country should spend billions on a referendum with only a year remaining to the 2022 general election.

Ruto, who spoke after a consultative meeting with 146 MPs and seven governors at his Karen residence, insisted the funds set aside for referendum should be redirected towards cushioning Kenyans against the effects of the Covid-19 pandemic.

“We must consider the circumstance which we find ourselves in as a country. We’re in the midst of a deadly pandemic that has ravaged our country killing close to 1,500 Kenyans including our frontline health workers, infecting nearly 100,000 Kenyans, straining the public health sector, and instigating an economic meltdown.”

“It is legitimate to question the wisdom of spending Sh14 billion a year before an election that will cost us another Sh42 billion going by 2017 figures of IEBC when a referendum could be conducted as the seventh ballot in a General Election at virtually no cost,” Ruto and his allied said in a statement.

Ruto further reiterated his call for a non-contested referendum noting that “our stand is that it is never too late to do the right thing.”

“This is our country, what is the rush? Nobody can shut down a good proposal,” said Ruto.

“We care far too much for our country and fellow Kenyans to reduce this important exercise to a question of Yes and No; not just because it is premature and simplistic, but because there is real progress towards a consensus that we need to resolve outstanding issues inclusively, exhaustively and conclusively. Democracy provides us with infinite opportunity for deliberative consensus building, it is how great societies are built.”

Ruto’s team further faulted the proposal by BBI to increase the number of MPs in a bid to achieve the two-thirds gender rule, saying it will add more burden on taxpayers.

“By consensus, we mean we resolve all outstanding issues through consensus including issues on judicial independence, bloated government and legislature, equity and equality in representation, and affirmative action among others. By process, we mean providing a multiple-choice plebiscite to prevent the rejection of good ideas. By timing we mean we should hold the referendum in 2022 together with the General Elections in order to save costs and redirect available resources to mitigating the effects of COVID-19,” they stated.

It is not what the most corrupt DP Ruto wants in the timing of the BBI or anything else; it is all about what the Kenyan people want!

Ruto should be far from thinking about 2022! We all hope at that time Ruto will be locked up in The Hague to answer on the pending ICC charges!

Kenya does not need a known murderer in the like of kabira of Congo as the president!

Ruto should be barred from participating in the 2022 presidential elections. His corrupt nature and blatant theft of Kenya’s coffers speak volumes. He does not qualify to hold an elective office at whatever level.

In matters of leading a country, the contestant must be free of corruption! Only in Kenya you find guys like Ruto running around talking trash while he should in jail fir various crimes he has committed over a long time in government.

Ruto is playing games with the people of Kenya on BBI! He is look for the best way he can benefit the most!

Ruto is all for himself alone! He could care less about the plight of the ordinary Kenyans! He is looking for a way to keep him out of the ICC so he can protect his politically corrupt interests!

ICC cases must stay on to keep Ruto from butchering innocent Kenyans! The blood thirsty monster!!

MP Elijah Memusi recently said Ruto will have Kenya under one title deed in his name; and will not hesitate to sell Kenya to the Chinese!

Memusi is a real Maasai seer literally telling Kenyans the real truth about Ruto! Memusi has watched Ruto for a long period of time and his prediction is as close to the truth as anyone can imagine!

And believe you me, Ruto will sell Kenya and migrate to live in Dubai while Kenyans suffer under a nee colonial master; the Chinese.

All those people accusing Ruto of corruption better be holding the same accusations on Raila and Uhuru. I’m sick and tired of these politicians acting like they own Kenya. When the revolution comes, msiseme Larry hakuwaonya. I pray for a peaceful revolution but at the rate of their insatiable greed, I don’t know how much longer the donkey can carry the weight.

No one is accusing DP Ruto here! They are just saying what every Kenya knows about Ruto; that he is a well know thief and the high prince of corruption! Kenyans should be forced to condone the most corrupt DP as their leader.

@midowo - Raila and Uhuru ni weupe Kama pamba! The man you are defending is serious marred in corruption no matter which way you look at it!! I wish I had a better report card to give on Ruto as far as corruption is concerned.

We should go back to 9 provincial commissions, district officer and chief. I don’t even know the names of the All the useless MPs..

I think you are right on this one @moses! Kenya can not afford more political thieves stealing from our coffers! Your recommendation here should be seriously revisited!